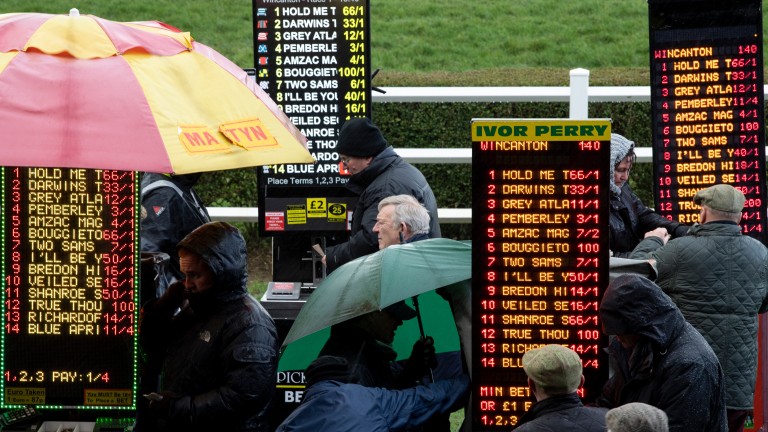 On-course bookmakers: waiting to learn if they will be impacted by the UK gambling review
Edward Whitaker (racingpost.com/photos)
1 of 1
By Jonathan Harding UPDATED 3:47PM, APR 19 2022

A veteran on-course bookmaker has warned the possible introduction of stringent affordability checks as part of the UK gambling review would place betting ring operators in an "impossible position".

One of the changes being urged on the government by campaigners is the introduction of affordability checks on people who lose more than £100 a month, an approach it is claimed could seriously impact racing's finances.

Derek Barnes, who has worked on course for more than 40 years, said on-course bookmakers would not have the technology to carry out affordability checks if they had to be replicated on the rails.

Similar measures are being proposed on track in Northern Ireland and one bookmaker said he feared the betting ring would collapse at its two tracks if a 'trigger' limit of £100 a month was introduced.

"We're still very much in the dark," said Barnes. "We've had things through online and racecourses encouraged us to give our opinion, which I did ages ago.

"We seem to get wrapped up in the off-course side and nobody thinks about how the checks might impact us.

"It would be an impossible situation to have to check everybody who tries to place a bet. We haven't got the technology. At the moment, we don't know what position we're going to be put in by all this."

Bill Barber: My time to be a tipster: what I expect to see in the gambling review white paper

On affordability checks more generally, Barnes added: "There's a suggestion of £100, which to me is a very big bet, but to somebody else it's probably like me having £10. There's such a variation of people's ability to bet. How can you treat everybody the same?

"It's just completely wrong. There are problem gamblers, which is sad, but on-course bookmakers don't want that. Some people try to apologise for winning money from us, but our main thing is that they do, because if they don't they might not come back and bet again. 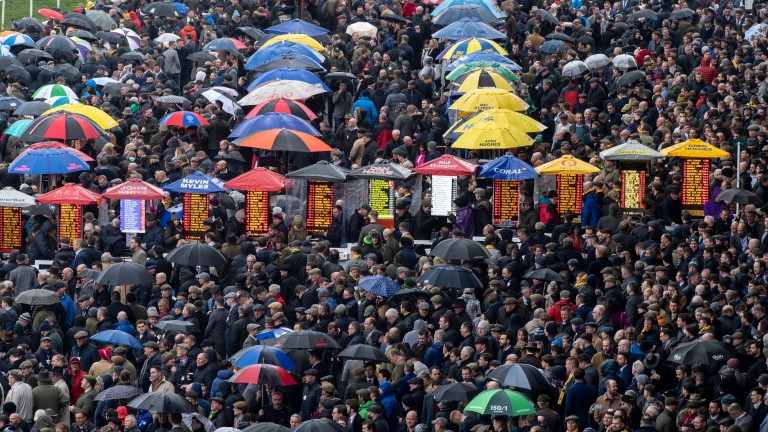 "We're not here to grab every penny out there. We want people to have an enjoyable day and we hope to make a living at the end of it.

"We do feel like we're a dying trade and we suffered a hit during the pandemic, but I've done this all my life and I want to keep going."

Another bookmaker representative, who preferred not to be named, also outlined logistical concerns around affordability checks, and said: "They will decide whatever they decide with the review but in terms of logistics, we won't be able to carry out affordability checks.

"If someone bets £1,000 in cash, then they have £1,000 in cash. You physically can't check if they can afford to lose it. It's impossible to regulate on-course and off-course bookmakers in the same way."

FIRST PUBLISHED 3:00PM, APR 19 2022
We seem to get wrapped up in the off-course side and nobody thinks about how the checks might impact us