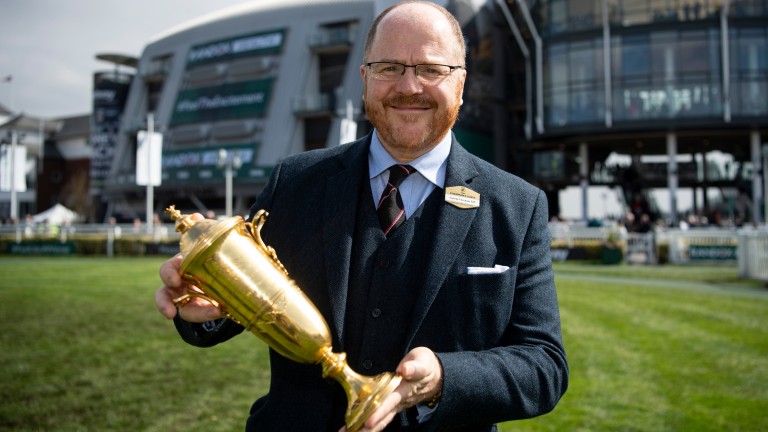 Conservative MP George Freeman used the 60th anniversary of his father Arthur's 1958 Grand National victory on Mr What to announce a project designed to help turn around the lives of those who have suffered a life collapse and help them find work in the racing industry.

Freeman has established the Bridge Of Hope as a way to offer people a second chance knowing his own father's life suffered a spectacular collapse.

Arthur Freeman rode for the Queen Mother, winning the 1958 King George on Lochroe, but he suffered a career-ending injury the following year.

After training in Newmarket for ten years, the combination of drinking, gambling and depression ultimately led to the break-up of his marriage, loss of access to his children and bankruptcy. He died in 1988.

"The Bridge Of Hope is a little social enterprise, not for profit, linking with the charities who are producing people who they have brushed down and got ready," said Freeman on Saturday.

"If they think they might be suitable for working in racing, we'll place and mentor them and get them some training.

"To use racing language, it will be for someone who has taken a tumble, had a fall, needs a leg up – someone who has had a life collapse, it might be through injury, disability, mental health, addiction or prison. They need to be clean, ready to work."

He added: "I was looking at dad's anniversary, wanting to use his legacy to support the good work racing is doing on welfare and the Bridge Of Hope has been born. Today we're announcing it.

"The formal launch will be in around three months and that's when we'll be inviting the first applicants."

Freeman, MP for Mid Norfolk, has consulted with the BHA, Jockey Club and other racing organisations and has found them "hugely supportive".

The project will be his tie to a sport with which he has no direct involvement despite his parents Arthur and Joanna breeding 1971 Grand National winner Specify and brother Edward being a racehorse trainer in California.