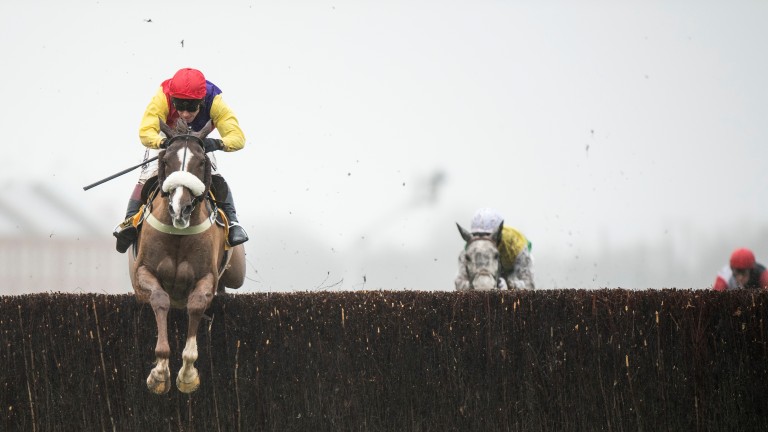 Last year's Gold Cup third Native River returned from 330 days off the track to show a prolonged absence from action had done nothing to blunt the weaponry of this powerful stayer, who pulled well clear of the race-fit Cloudy Dream to land the Denman Chase.

As a marker of Native River's Gold Cup credentials it was impossible to argue with and firms duly cut Colin Tizzard's contender, with Betfair Sportsbook offering a standout 13-2 while Betway and Betfred go just 5-1 (from 8). Might Bite remains the general 3-1 favourite.

Native River had never lost in three races at Newbury, but was also zero from three on his first start of the season. One of those statistics had to give and it was not the perfect record which tumbled.

Sent off in front by Richard Johnson, Native River, owned by Garth and Anne Broom, jumped exuberantly and began putting serious pressure on his two rivals, Cloudy Dream and Saphir Du Rheu, as they swung into the home straight.

Cloudy Dream briefly took up close order but it was the briefest of scares for favourite backers, with Native River and Johnson powering 12 length clear by the line. A further 24 lengths back came the disappointing Saphir Du Rheu.

"It's a funny race when you get three runners, especially when you're coming back from the best part of a year without a run," said Johnson. "He's better when you're aggressive on him, he answered every call and did so with enthusiasm.

"It's nice to see him back in great form and I think if he can run the race he did last year in the Gold Cup that's got to give him every chance."

This was a key challenge for Native River, who has not run since last year's Gold Cup, sidelined since by a ligament injury. By this time last season he had a Hennessy and Welsh Grand National under his belt, and the question concerning punters and connections now must be whether a lighter campaign will see Native River perform to even greater effect at Cheltenham. 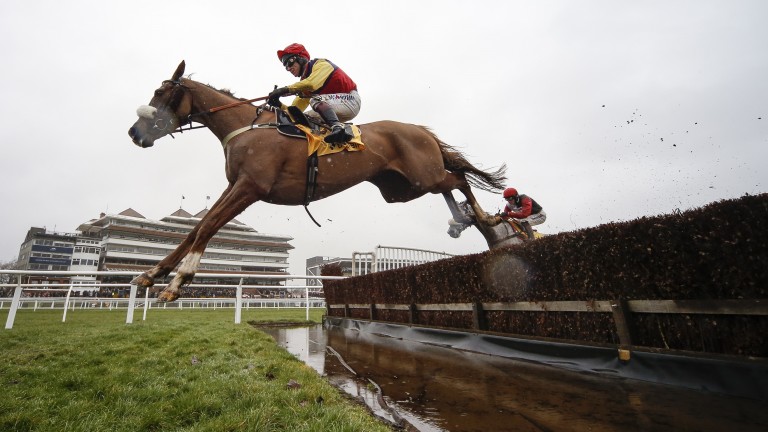 Native River and Richard Johnson on their way to victory in the Denman Chase
Alan Crowhurst
Tizzard was in confident mood on that front, saying: "He'll come on for racing and his second run has always probably been his best. He hasn't had a hard race, while the rest of the Gold Cup horses have had some real humdingers.

"Going into the last Cheltenham we had a run of 52 runners without a winner, so we weren't in the best of form and that might have been why he didn't get up the hill.

"I had my money down jumping the second last they'd have a job to get by him, but very good horses [Sizing John and Minella Rocco] got by him and whether that was because he'd had three or four hard races who knows. But we'll go there a fresh horse this year."

Cloudy Dream, making his first start in the name of Ruth Jefferson, daughter of the late Cheltenham Festival-winning trainer Malcolm Jefferson, who died last week, kept up his remarkable record of finishing in the front two, a streak which has encompassed no fewer than 14 races.

She said: "He's travelled and jumped but has just not got home over three miles on this ground. We'll probably train him for the Ryanair. The Betway Bowl at Aintree might be an option after Cheltenham; looking at that today you couldn't see him coming up the Cheltenham hill in the Gold Cup in front."

FIRST PUBLISHED 2:41PM, FEB 10 2018
It's almost the perfect comeback run. He hasn't had a really hard race, but he's had to also get stuck in