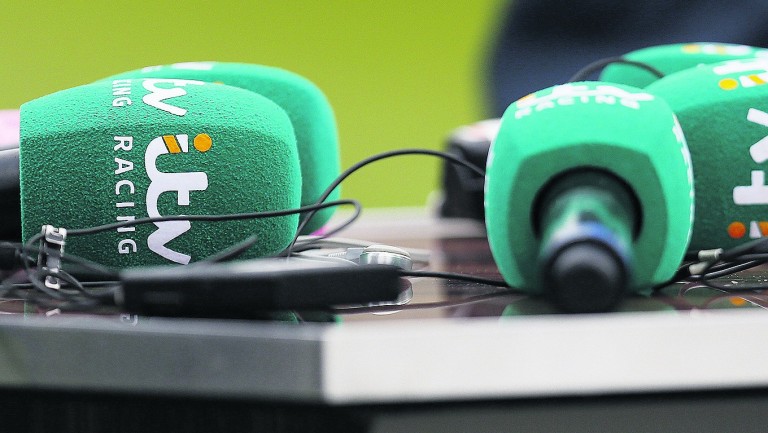 ITV Racing profits will head south if those of the bookmakers are impacted
Alan Crowhurst
1 of 1
By Graham Dench 9:12AM, APR 10 2017

ITV's audience for Saturday's Grand National fell short of some expectations, but its 62 per cent peak share of the total TV viewers equalled the modern record for a commercial station.

While the show was widely hailed a success in terms of content and presentation, the glorious weather in which the nation basked on Saturday contributed to an audience peak of 8.2 million viewers, lower than that drawn by any of the four Grand Nationals covered by Channel 4, which peaked at 10m a year ago.

It was a lower figure than that achieved by the BBC on all but two occasions in its post-2004 coverage.

Figures for the first two days of the meeting had been well up on Channel 4's for the corresponding days last year, as were the daily audiences for Cheltenham. However, the total TV viewing audience from 2pm to 6.20pm on Saturday appears to confirm many more people were out enjoying the sunshine, for 27 per cent fewer were watching than in 2016, equivalent to 3.3m.

Aintree chief John Baker was reported to have hoped for 12m, but insisted he was not disappointed.

He said: "It was such an unusual day weather wise, and while it was great for all of our customers at Aintree it meant lots more people were out and about, catching the race perhaps in the pub or while on the go."

He added: "ITV Racing have really taken forward the story of the National as the people's race. They told it brilliantly with their very accessible presentation and with the respect they showed to the horse and horse welfare, which is so important at Aintree and to the race.

"I thought Ed Chamberlin and his team were tremendous, and so were the team behind the cameras. We're absolutely delighted with the coverage."

It is not ITV policy to comment specifically on viewing figures, but it was pointed out that the last time ITV enjoyed a 62 per cent share of audience was last June, when Iceland knocked England out of the Euros.

It was further claimed that no other commercial station has matched that share since records began in 2002.

A spokesman said: "It's been an absolute privilege for ITV Racing to broadcast from Aintree. Our aim was to bring viewers as much of the action, colour and excitement of this incredible festival as possible, and it's been a unique and memorable experience for everyone involved in our coverage."

FIRST PUBLISHED 5:39PM, APR 9 2017
The share of the audience was absolutely phenomenal and that's what we are concentrating upon

Peak of 8.8 million tune in for return of Grand National after blank 2020 Scottish Grand National moved to Sunday as mark of respect to Duke of Edinburgh