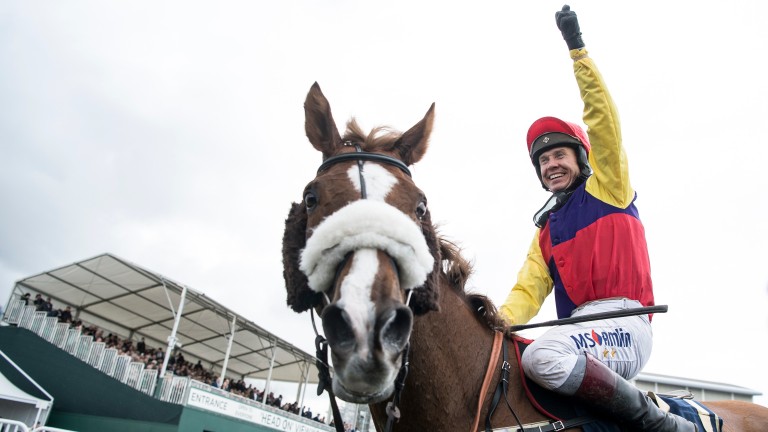 Richard Johnson has his arm aloft in triumph after winning the Gold Cup on Native River
Edward Whitaker
1 of 1
By Lee Mottershead UPDATED 6:49PM, MAR 16 2018

This, laid out before us on a muddy but marvellous field, was all we love about the sport and this festival.

Rare indeed, even at this most special place, have been performances so uplifting, stirring or herculean as that which carried Native River and Richard Johnson to Cheltenham Gold Cup glory. It was the embodiment of courage. It was quite wonderful to witness.

In the most attritional conditions this festival has thrown up for decades, jumping's most coveted prize was won by a horse and jockey who made almost every gruelling, gluey yard of the running, fighting off the fearsome rival who pressed him from the start and succumbed only at the finish. 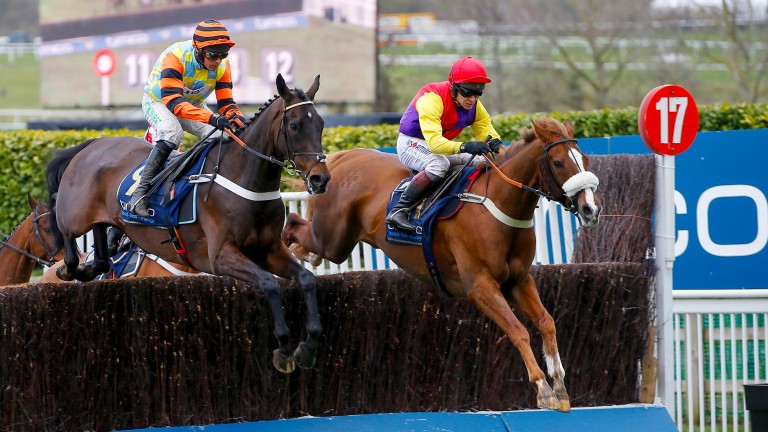 For Johnson, in action and word the perfect model of what a top sportsman should be, this was a second triumph in the Gold Cup, 18 years after the first.

For Colin Tizzard, a man whose life once revolved around cows but is now defined by racehorses, it was the glorious realisation of a dream long held.

In the Brocade Racing colours of Garth and Anne Broom, last year's Gold Cup third became this year's Gold Cup first, answering the champion jockey's every call and pulling away from the utterly exhausted Might Bite for a four-and-a-half-length triumph.

"He's a warrior," said Johnson, a 40-year-old veteran who for most of his career shared a weighing room with Joe Tizzard, now the assistant to a Gold Cup-winning trainer, words his father has yearned to read but scarcely believed he ever would.

"It's absolutely . . . bloody hell, I can't believe it," said the ruddy-faced son of the countryside, so shocked that his post-race reaction at times strayed into a joyous stream of consciousness.

"I came here when I was 17 or 18 and can remember every Gold Cup since," he said. "I never thought in my biggest dreams I could win a Gold Cup – and we've just done it. If you ask me again I'll start crying."

There have been times in the past when this race might also have left him in tears. Public favourite Cue Card twice crashed out at the third-last fence – once when tanking and with a £1 million bonus in sight – while the remarkable talent that is Thistlecrack was ruled out of last year's race before suffering the same fate this season. 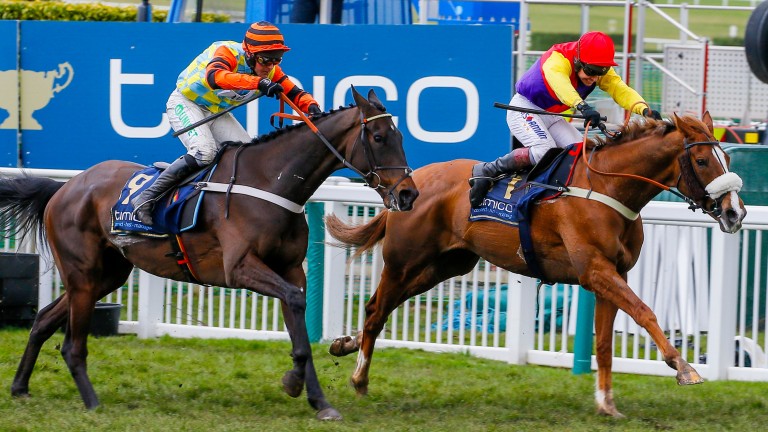 Injury also interrupted the progress of Native River, for whom this was only a second start since his similarly gallant effort 12 months ago.

The prevailing soft ground this time made his tenacity ever more priceless, for one by one opponents as talented as Our Duke, Killultagh Vic and Djakadam waved the white flag and gave up the futile pursuit.

Through all its seven minutes this was a Gold Cup that revolved around only two horses. One of those horses, 4-1 favourite Might Bite, turned for home cantering. He jumped to the front two out under Nico de Boinville but was never able to assert. Soon enough the writing was on the wall and Might Bite hit that wall, weakening up the hill as Native River surged to stardom.

"We've had a wonderful preparation with him," said Tizzard, who had won the preceding race with 33-1 shot Kilbricken Storm.

"You think something is going to go wrong, but it didn't. It doesn't get any better. We've been watching the Irish winning everything the last three days, so we thought we had no chance. Now we've had two winners from two runners. It's unreal." 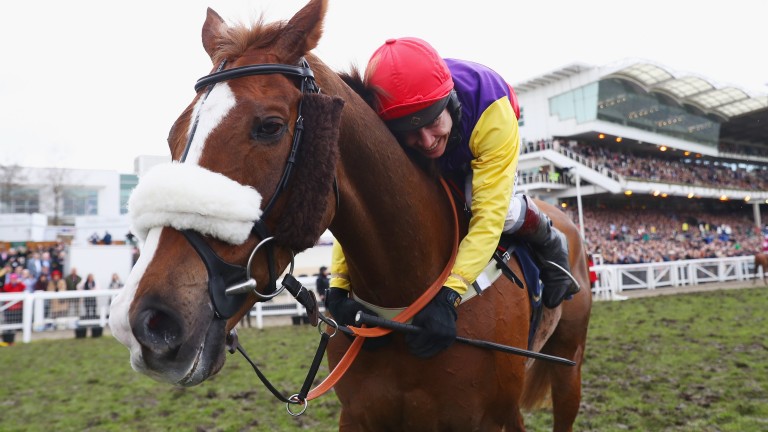 The Brooms, sporting scarves to match their racing silks, felt the same.

"It's a lifetime's ambition and one I thought I would never achieve," said Garth Broom. "It's absolutely fantastic. I was shouting quite a bit! Everything just went to plan, which is unusual in racing."

What is not unusual in racing is the sort of dedication to horses displayed by winning groom Richard Young, who passed up the chance to receive his prize on the podium from Princess Anne, instead remaining with his gallant charge for the eight-year-old's well-earned washdown. So much of what Johnson said, Young would surely have echoed. 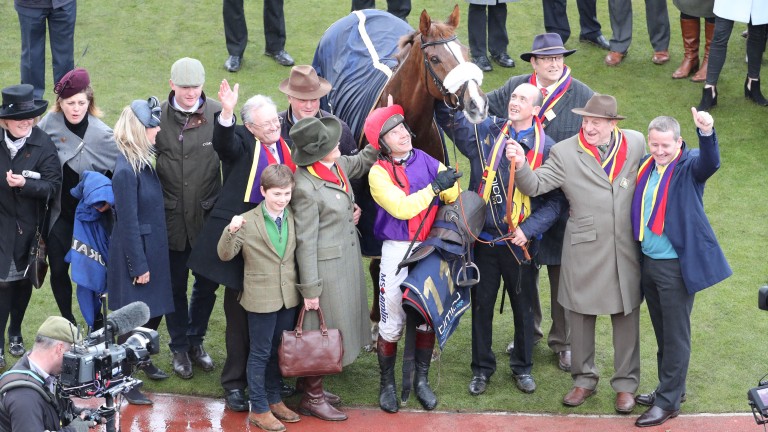 Johnson described his Gold Cup drought as "a long 18 years" and, typically, played down his masterful execution of front-running tactics.

"Some people here will know I'm not the most intelligent person in the world, so keeping it simple is the best way forward for me," he said, while also later accepting on the chin the seven-day whip ban and £6,550 fine handed down by the stewards.

"I broke the rules, I was in the wrong," he said. "Hopefully it takes nothing away from Native River, a fantastic performance and fantastic day."

Praising what he also called "a fantastic horse", Johnson added: "To be honest, I was just a passenger. All he wants to do is please. He just wants it so much.

"The horse is the most important part and today it showed. You had a brave horse who stays and jumps. That's what you need to win a Gold Cup."

Win it they did – and, by God, how they deserved it.

FIRST PUBLISHED 3:40PM, MAR 16 2018
Some people here will know I'm not the most intelligent person in the world, so keeping it simple is the best way forward for me