Racecourses, algorithms and Wikipedia – slightly up the junction

Robin Gibson finds some digital torchbearers struggling in the dark 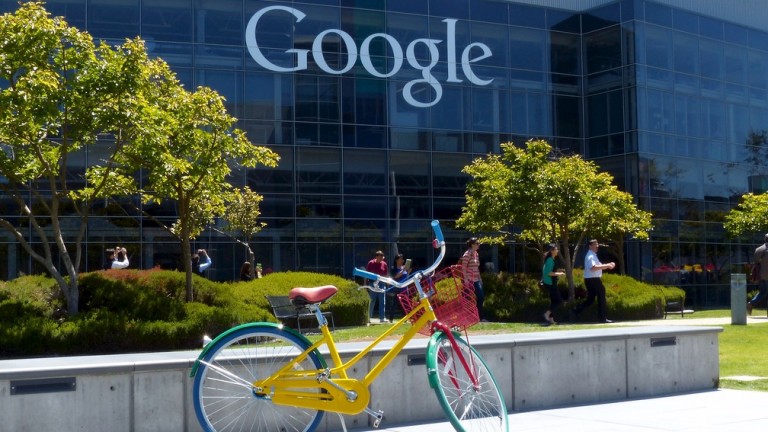 You read a lot about algorithms – how they're in your life, anticipating demand and replenishing stock. Like Busta Rhymes feat. Mariah Carey, they know what you want.

Racecourses must think they know what you want too because, as pointed out last time, they haven't really changed their product in decades (that's strictly the sporting product – the curries at Sandown certainly weren't available 30 years ago).

Are racecourses using algorithms? There's something satisfyingly circular about Googling that. Even more circular is that, after predictable (but not unworthy) results for speed figures, Turftrax and so on, there's a Google interview question.

Yes. If you want to be a 'business operations analyst', you might have to answer this: "Given 25 horses and a racecourse where you can race five at a time, how many races do you need to find the top three horses?"

This is from Are You Smart Enough To Work At Google? ('at', not 'for', making it sound like a cosy drop-in workshop space). It's a compilation of 'fiendish' questions put to aspiring collaborators and if that's fiendish I'm Pol Pot.

Sort it out yourself, if it's worth precisely any minutes of your treasured, unrecoverable time. It can't be much harder than the fox-chicken-corn-boat thing anyway.

When you believe you have to be smarter than the average bore to work for Google, you're a step away from saying the ad sales team are smarter than Hawking, Einstein, Rhymes and all that lot because of their single-minded devotion to chasing the dollar, not the art. We're doomed, I tells ya.

Cheating doom, back to the 'racecourses algorithms' search. There's an interesting result from the Racecourse Association. It's a blog from about a year ago, but nostalgia's okay. Likely it will turn out that's what the internet was made for.

The subject is demographic change, technology and how trends drive innovation in retail, food and drink. First we study millennials and Generation Z, with a picture of four suchlike laughing in bed, completely unprepared for the turnstiles.

It may be a year old, but it contains some eyepoppers. We know about digital natives and how 60 per cent of them want to change the world. But Generation Z (1995- ) have only a four-second attention span. Did you know that? Forbes.com says eight seconds, but either way Sandown are overdoing it with the choice of three curries and changing the world is going to take a while. Maybe they meant channels.

Logically, everyone should just stop here, but let's plough on, assuming Generation War, or £/s/d, or Acid, or whatever my elders and peers are, have at least ten minutes. Gen Z are looking for real people – over here mate! – and instant gratification. Sounds frankly reckless, but they are the customers.

So the RCA went 'on tour' to places like Dinerama in Shoreditch to suss out the "maturing face of street food", before moving on to appraise the internet of things (cheese, fridges, lightbulbs) and AI (chess, nuclear war).

For me, this would be where the augmented reality app you can point at a horse in the paddock comes in. But no one seems to have picked that up. Shame. It'd be fun and instantly gratifying.

Digressing further, did you know Uniqlo (good shop, got a nice jacket there) has an app that uses behavioural tracking to design a shirt that matches your mood right now? But when will you wear it?

Contactless payment comes up, and drones, dinosaur robots and 3D printing, and then the blog warns in bold type: "Don't get left behind." You feel that should be in capital letters too. "Very soon it is we who will appear out of date," it concludes. "Part two of this blog will follow shortly."

And it did, although it was mostly pictures. It looks like fun and definitely exposes the maturing face of all sorts of grub, but the questing spirit wanes. Let's hope they got an algorithm out of it at least. Maybe for the curries.

You have to applaud the RCA for realising something was up but, in the end, it's more important that Alison Storey, chief receptionist at York, has won the inaugural RCA Outstanding Achievement Award. And it is – that's not being sarcastic. The RCA site is really good, about as modern as any website in racing, and it has a great logo.

But sadly no algorithm or other expedient has been found to bring Towcester back to the RCA fold ("fundamental conflicts of interest" tore the parties apart 13 years ago). 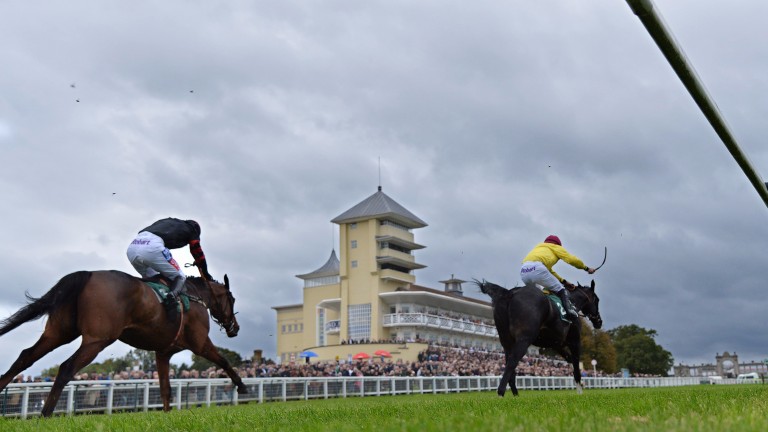 Towcester racecourse split with the RCA 13 years ago
Hugh Routledge

An unwitting explorer from Generation Z would be pressed to work out why Wikipedia says there are 60 racecourses in Britain while the RCA presents a seemingly complete map of 59 – unless the four-second span includes an analytical scan and comparison of a map and a list. Next generation, probably, that.

Wikipedia is also at loggerheads with Horse Racing Ireland. Let's face it, HRI looks right with 26 tracks all in. Other sources confirm this and the main page for 'Horseracing in Ireland' concurs.

But on the category page the rewritable oracle refers to 25 courses in the Republic and two in Northern Ireland. Then it ups the count south of the border to 26. There's a reason for this – these pages are not always done manually, but sometimes by templates, which lag behind. Little use for modern generations.

Thank Zeus there was a member of Generation ! around. They gave it a bit of attention and noticed that Limerick Junction railway station was included. A fine little station, by the looks of it, with serviceable track, but out of its depth.

It took a passing member of Generation Om, who contemplated the page for a nanosecond, to spot the defunct Greenpark further making up the numbers. Sounds lovely, but it's not any more. JFK went there.

There's one message today for both racecourse visitors and the journalists of Generation Z+n. Never rely on Wikipedia. Even if you look at it for more than four seconds.

Keep it simple: Ascot on top in battle of the hashtags

Is the home page where the heart is for racecourses?

FIRST PUBLISHED 6:00PM, OCT 28 2017
Generation Z have only a four-second attention span. Sandown are overdoing it with the choice of three curries

'I was caught by the dream – and it's gone on to become a compulsion' The drugs bust, the stun gun and the most extraordinary Royal Ascot finish 'Life moves on' - Sir Michael Stoute looks forward after his most painful year Alastair Down is invited into the wonderful world of the truly unique Derby hero Steve Cauthen: 'I was bulimic at times - and at some point you crack' 'I didn't steal it' - how Steve Cauthen broke the Derby mould on Slip Anchor
Bookmaker
Price
E.W. Terms
bet365
Open Account
Ladbrokes
Open Account
William Hill
Open Account
Coral
Open Account
Paddy Power
Open Account
Betfair
Open Account
Sky Bet
Open Account
Sporting
BetVictor
Boylesport
888sport