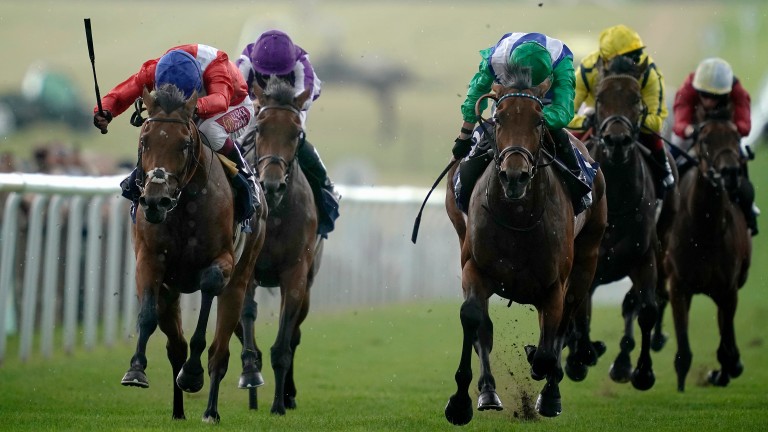 In the handicapping realm there is a lot of discussion about weight for age and weight for sex. Both are necessary, but face a problem: they talk in the general case and will not catch all.

Enable, for instance, probably does not need 3lb to compete with colts. What weight for sex is supposed to reflect is the relative weakness of sex-restricted races.

Of the 13 declared runners in the Oak Tree Stakes, only one has a consistent track record of competing in open-sex races, and that is One Master. Of course, in those races she receives an allowance and she would not have won either of her Prix de La Foret's off level weights.

Even so, being competitive against the best is likely to be more than enough for this drop to Group 3 company against only other fillies and mares, especially considering she carries no penalties.

She is also consistent and adaptable, so her fans can bet safely in the knowledge that it is only likely to be external influences which might throw One Master off course.

Only two runners in the field come close to One Master on ratings. Breathtaking Look has been sprinting this year, her path crossing with One Master when they were both down the field in the Diamond Jubilee. Before that, she had been second to Oxted in the Abernant and has since been second in another Group 3. Her win at this level came over seven furlongs.

Agincourt comes from the other direction, being primarily a miler. She was second to Nazeef in the Duke Of Cambridge and, although it would be tempting to call that effort a standout, her trajectory has been slowly upwards and her luckless run in this grade at the weekend can be written off.
Keith Melrose, betting editor

David O'Meara, trainer of Agincourt
She got no luck last time out but the time before she ran okay in the Falmouth Stakes and she also ran well at Royal Ascot. We're hoping for a good run, she'll be fine at 7f. She's drawn a bit wide, that's the only concern. 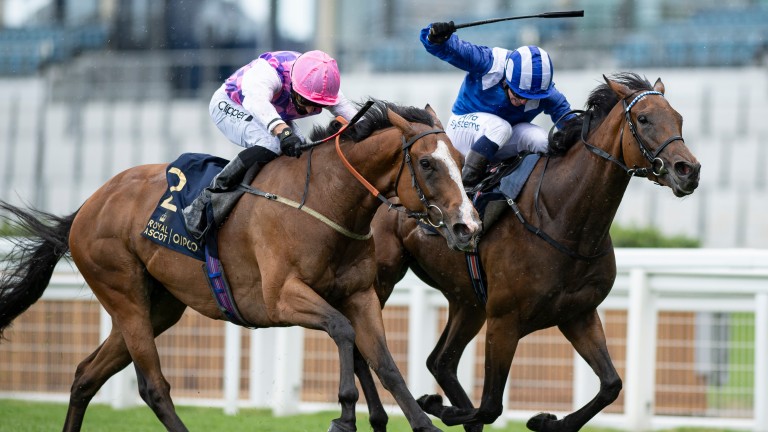 Richard Hannon, trainer of Anna Nerium
She's had a fair bit of time off and might just need it a little bit, but she likes Goodwood and it's a good place for her to start.

Stuart Williams, trainer of Breathtaking Look
Breathtaking Look is in good form and I thought she was a bit unlucky to get caught last time. She's a big old unit, so I hope she is okay on the track. Jim [Crowley] knows her well, so that will help.

Roger Varian, trainer of Invitational
The track and the drop to 7f will suit her, and she's in good form. As a Listed winner this is the right sort of race for her, and although it's a strong renewal I think she'll run well.

William Haggas, trainer of One Master
She doesn't really want fast ground but she's drawn one and they've taken the rail down so it should be relatively fresh on the inside. I think there's still a bit of juice in it and I hope it remains that way. Her target is the Foret and we're fiddling our way.

Francis Graffard, trainer of Wasmya
She ran very flat at Ascot but that was down to the difficult logistics surrounding transport at the time. She is in great form and seven furlongs is her best trip. I think she has excellent place claims.

Charlie Appleby, trainer of Althiqa
This is a harder assignment for Althiqa following her Listed win at Deauville but she deserves a crack at Group race. She goes there in good health off the back of a pleasing victory.

Tom Dascombe, trainer of Boomer
I do think there's something in the 'horses for courses' saying and this was the logical race for her after last year's Group 3 win over the course and distance. She should run well.

Saeed bin Suroor, trainer of Final Song
Final Song was disappointing on her latest start but this looks the right race for her. She is in good order, has been working well and I am looking for a better result.

Eve Johnson Houghton, trainer of Graceful Magic
For a Group 3 it looks as hot as hell, but she deserves to take her chance and she'll love the trip, the track and the ground. The quicker the better.

James Tate, trainer of Under The Stars
She's a grand filly and this race is right up her street. That said, this is a tough Group 3, but I'm sure she'll give a good account.
Reporting by Graham Dench

All the Goodwood runners and riders on Friday

FIRST PUBLISHED 6:00PM, JUL 30 2020
She doesn't really want fast ground but she's drawn one and they've taken the rail down so it should be relatively fresh on the inside