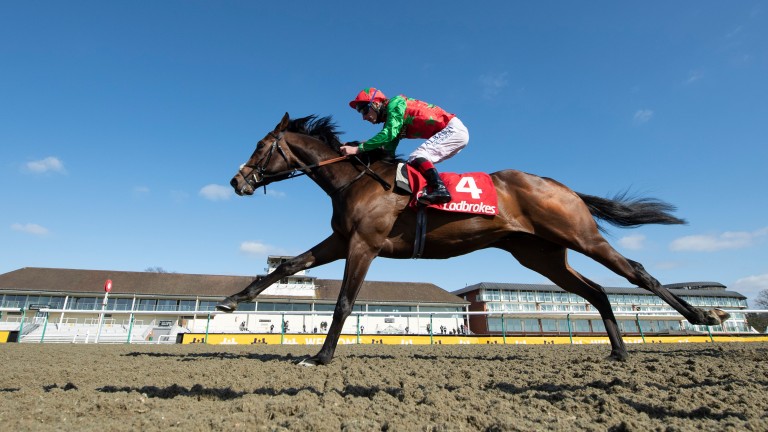 Classy all-weather specialists have to wait their turn during the summer months while top turf performers compete for the big prizes. With that being the case, the Chipchase Stakes, the first Group race run on a synthetic surface since the Winter Derby on February 27, can be considered a pretty notable target for those desperate to return to the Tapeta.

Top of that list is All-Weather Championships Finals day winner Diligent Harry, who is a three-time scorer on artificial surfaces and has been kept fresh with this race in mind after bypassing the Group 1 Commonwealth Cup.

Trainer Clive Cox decided against an ambitious tilt at the Royal Ascot sprint to stick to what he knows with this three-year-old, who gets a handy 7lb age allowance from his elders. Described as 'special' by Adam Kirby after his Lingfield victory in April, Diligent Harry will attempt to pick up where he left off on his toughest task to date.

Although it is probably irrelevant, the last three winners of this race have jumped from stall two, as did the runner-up in both 2017 and 2016. Diligent Harry gets the prime spot this year.

The Shadwell-owned Khuzaam offers similar appeal as the likely favourite. With a mouthwatering US pedigree (by Kitten's Joy out of a Hard Spun mare), Khuzaam has always looked an all-weather prospect and proved that when fading out of contention in the bet365 Mile at Sandown on his recent start.

That was the day we found out turf wasn't for him. Should he revert to the form of his previous five-length romp at Lingfield, the Roger Varian-trained five-year-old is undoubtedly the horse to beat in this field, though the drop back to 6f on a straight track provides some concerns.

Shadwell's famous blue and white silks will also be carried by five-time winner Tabdeed, who was beaten only by subsequent Group 1 winner Glen Shiel on his sole start here, and last year's Diamond Jubilee and July Cup fourth Khaadem. The latter needs to improve on what we've seen this term and is yet to try the all-weather, but boasts the backform to be extremely competitive.

Course winners Good Effort and Pholas shouldn't be overlooked at bigger prices from high draws, while reliable veterans Brando and Oh This Is Us will yet again try to prove that age is but a number.
Race analysis by Tom Collins

Richard Hannon, trainer of Oh This Is Us
There's nothing I can say about him that you don't already know and he could drive the box to the races, saddle himself up, win the race and then drive all the way back home! Everybody absolutely loves him around the place and I was delighted to see him get his head in front at Epsom last time when beating Century Dream by a nose. He loves the all-weather and if he wins, brilliant, if he finishes last, then so be it – he owes us nothing whatsoever.

Karl Burke, trainer of Ainsdale
He's in good form. He loves very soft ground on turf so it's hard to find races for him at this time of year. We thought this race was well worth a go. He's a Group 3 type of horse and if he handles the surface at Newcastle I could see him going very well.

Owen Burrows, trainer of Tabdeed
This race has been the plan for a while. He ran very well over six furlongs in a handicap at Newcastle last year when trying to give weight to Glen Shiel which, as it turned out, was an impossible task. I'm very pleased with the horse. It's a good race to aim at with him, and he's shown all the signs at home that he retains all his enthusiasm. You can't run him on very fast ground and he doesn't like it very soft either. This race provides a good opportunity for him.

Clive Cox, trainer of Diligent Harry
We've rerouted from Royal Ascot after the ground got too soft for him there. He's taking on older sprinters and it's a big step up, but we're happy with him and hope his progress can continue.
Reporting by Richard Birch

FIRST PUBLISHED 6:00PM, JUN 25 2021
He loves the all-weather and if he wins, brilliant, if he finishes last, then so be it – he owes us nothing whatsoever