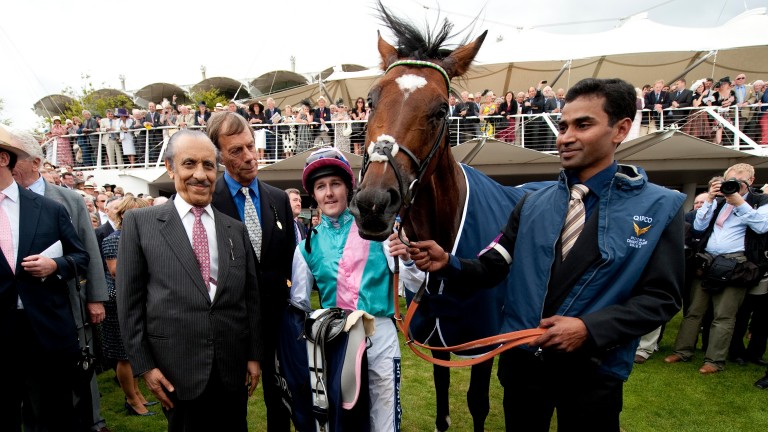 The cherished green, white and pink silks of the late Khalid Abdullah will continue to be seen on racecourses for many years to come after his family made public a commitment to continue what has become arguably the world's most successful racing and breeding operation.

In an announcement that will be welcomed by fans of the sport worldwide, it was revealed on Saturday that the Juddmonte bloodstock empire will remain intact, with Abdullah – who died peacefully on Tuesday, aged 83 – having already approved the matings for this year's covering season.

By pledging to drive forward over the coming years, Abdullah's family is seeking to honour what would be expected to have been the wishes of a man whose colours were synonymous with an array of racing greats, including Frankel, Dancing Brave, Enable and Arrogate.

Juddmonte chief executive Douglas Erskine Crum told the Racing Post: "The news is there will be no change. Juddmonte will continue. There is a commitment from the family and from all the management and staff. It's onwards and upwards.

"I must, however, preface everything by saying everyone at Juddmonte is obviously very saddened by what happened this week. It's extremely rare you meet, let alone work for, a person who is held in such high esteem and universally respected and admired." 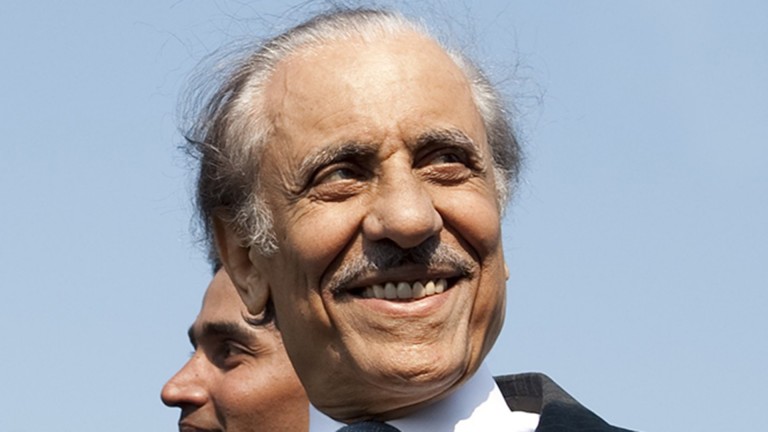 No decisions have yet been made regarding in what name the Abdullah horses will now run, although two of his sons, Prince Ahmad bin Khalid and Prince Saud bin Khalid, were present on occasions when Enable raced, while it has also been reported there is keen interest in racing from among Abdullah's grandchildren.

"What I'm saying now, on behalf of the family, is that the commitment is there for Juddmonte to continue as now," said Erskine Crum.

"Juddmonte has been built up over 40 years and operates a tried and tested system. It is based on continuity. You cannot have a successful breeding operation without that continuity.

"The prince was certainly always open to change, and he made changes, but the most essential feature of Juddmonte is continuity. That is best encapsulated by what is called Juddmonte's green book, which is the annual book of broodmares. The prince's operation was focused on his broodmare band. With his deep knowledge of bloodlines he was able to influence not only his own broodmare band but also virtually everybody else's. That will continue." 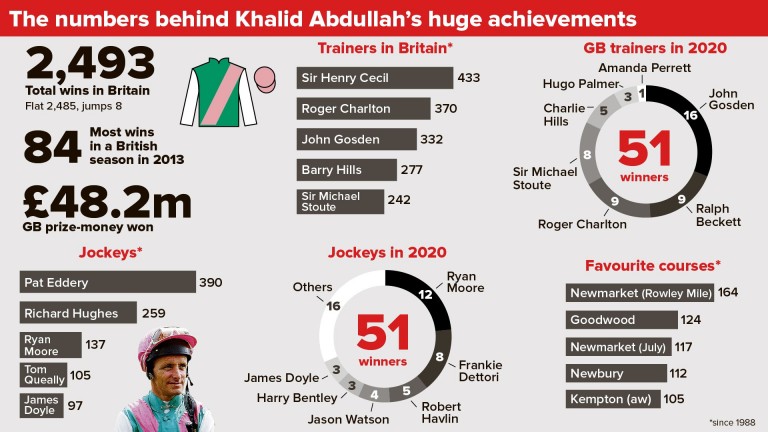 Erskine Crum stressed the importance in the future, as in the past, of Abdullah's senior Juddmonte team, highlighting the long service of Simon Mockridge in Britain, Rory Mahon in Ireland and Garrett O'Rourke in the United States.

Followers of the sport will notice little change in 2021, although the number of Juddmonte juveniles will be smaller, in line with a streamlining move instigated by Abdullah some years ago. The family's horses will remain with some of the world's top trainers, including John Gosden, Sir Michael Stoute, Andre Fabre and Bob Baffert, while the breeding squad is led by outstanding stallions Frankel and Kingman, who stand at £175,000 and £150,000. 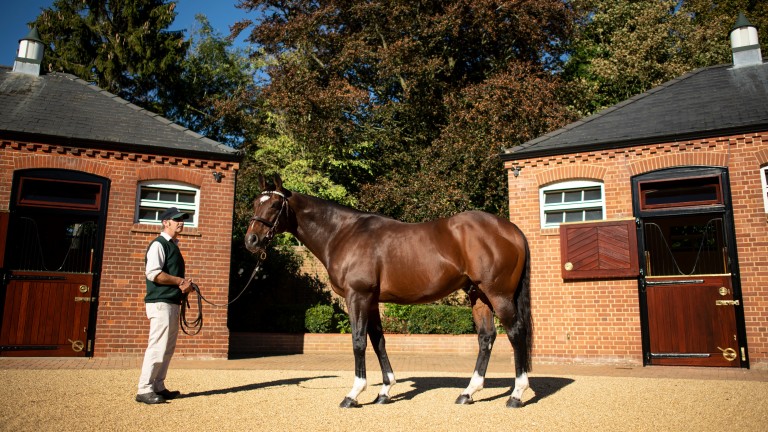 Frankel is the jewel in the Juddmonte pack
Edward Whitaker

"The decision was previously taken by the prince to reduce the broodmare band by about a third and to sell two properties," said Erskine Crum. "That is clearly bound to have an effect. There will be fewer two-year-olds this year but that was as a result of decisions taken five, six, seven years ago.

"The prince always said this was his hobby, but he always ran it as a business – and it is a very successful business at the moment as well, which allows us to reinvest."

Erskine Crum added: "Normally this is the most exciting time of the year for Juddmonte because foaling has just started and the matings have been approved. Those matings will produce foals in 2022, yearlings in 2023, two-year-olds in 2024 and horses who will reach their peak as three-year-olds in 2025.

"If there is a champion in 2025 that will be due to a mating the prince approved. That is the sort of long-term planning the prince put into operation and it is what drives us."

Obituary: A man of few words who had who had magic thoroughbred dust at the tips of his fingers

FIRST PUBLISHED 3:27PM, JAN 16 2021
The most essential feature of Juddmonte is continuity. That is best encapsulated by what is called Juddmonte's green book