'As we got to know him he never let you down, even if he got beat' 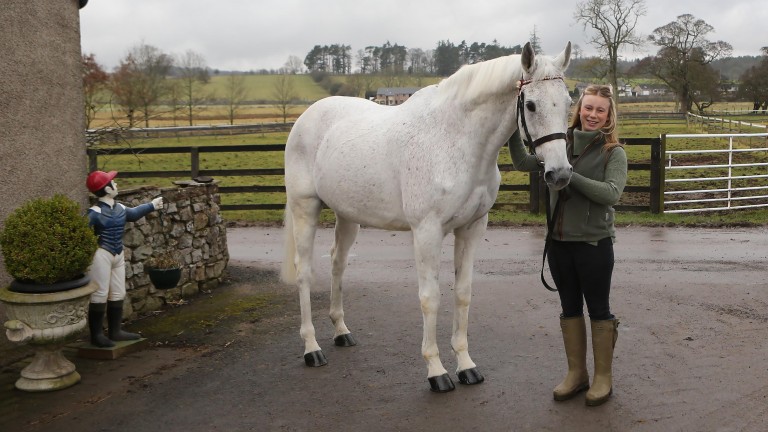 Monet's Garden knows change is afoot at Nicky Richards' Greystoke stables in Cumbria. His hazelnut eyes – generous in both senses of the word – are reflecting the warming sunshine from the yard outside, but spring is not the only new scent in the air.

It is ten years since the gallant grey won the Ascot Chase, that first Grade 1 win coming at the age of nine, and those lovely big ears perk up like white meerkats as he realises Richards' daughter Joey, who has looked after him since he made a winning debut in February 2003, is paying him a visit.

Joey, 17 back then and 31 now, has another treasure to care for now in her three-week-old daughter Lily, who is curled up cosily in her mother's arms. Monet's Garden gives Lily's socks an affectionate sniff, but "doesn't like the pushchair" according to Joey.

Horse, mother and baby are all looking heartily well, and the odd gurgle and adorable sneeze aside there is barely a murmur from Lily. They train them well around here.

Inside at the dinner table overlooking the paddock in which Simply Ned and Progress Drive are frolicking like the imminent spring lambs, Nicky, 60, reminisces about a horse who captured hearts well beyond those in Greystoke.

"What I liked about him was that he was out of a Remainder Man mare, and One Man [trained by the late Gordon Richards, Nicky's father] was by Remainder Man.

"The old man always loved grey horses and we've been very lucky with a lot of good grey horses."

A twinkle appears in Nicky's eye as he talks about Monet's Garden's first run: "We took him to Ayr for a bumper. You know – when you're putting a saddle on a horse and the hairs on the back of your neck are standing up – this'll win. And as we got to know him he never let you down, even if he got beat."

His connections certainly got to know more about Monet's Garden after a rare bad run in the King George in December 2006, an experience that shaped the rest of his career, beginning with an extremely long day on February 17, 2007 for the Ascot Chase. 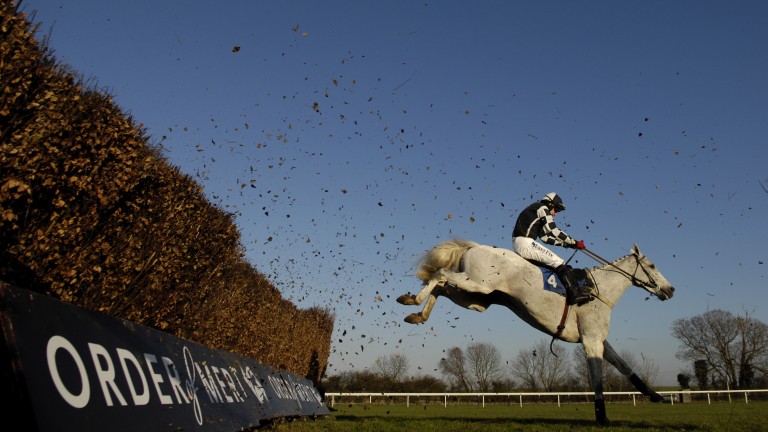 "He stayed overnight at Kempton which was a disaster," says Joey, "and we learned from then on. He was beaten before the start, his coat was dull as anything.

"When he won the Ascot Chase it was the first time we travelled on the day. We left at three in the morning and we never went overnight again."

David Wesley Yates, in whose black and white silks Monet's Garden raced, could tell even before the 2m3f contest, back at the redeveloped Ascot after twice being staged at Lingfield, that the early alarm clocks were going to reap a reward. He says: "I remember distinctly that he swaggered into the parade ring and coming under the tunnel there he looked like a million dollars.

"It was fantastic and the roar from the crowd when he won was quite, quite staggering."

As was the case for his first 23 races until he retired from riding in April 2008, stable jockey Tony Dobbin was the man on board as the pair beat Thisthatandtother by an impressive eight lengths.

Nicky relates a story from after the race: "We were in the Royal Box at Ascot after he'd won and David nudged me in the ribs and he said 'this old horse has taken us everywhere, look where we're at!'"

That win was the first of three Grade 1 victories, including another Ascot Chase in 2010. It was the winter when Derwentwater froze over and Nicky, unable to work his horses, moved some (including Monet's Garden) down to Newmarket, specifically Geoff Wragg's former yard at Abingdon Place.

It was an achievement of which Joey is particularly and justifiably proud: "The rest of the horses had come home, I just had two down there, and he was doing all of his work on his own. I'd been riding him on his own so it was so special for him to go and do what he did." 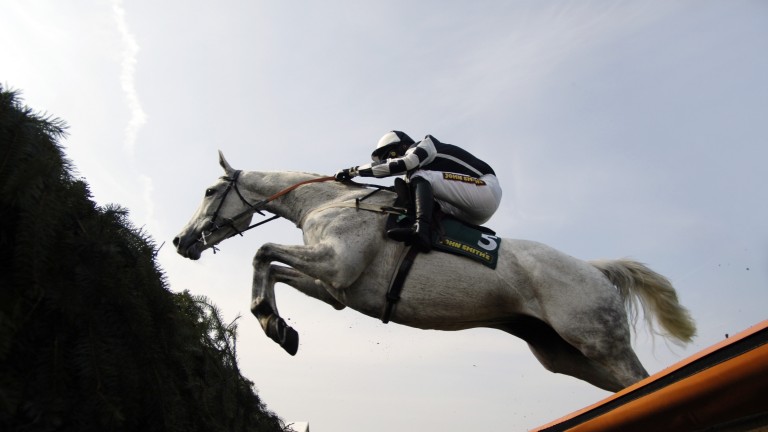 Later that year Monet's Garden again reappeared in the Old Roan Chase at Aintree, winning it for a third time to take his career tally to 17 wins from 32 starts. That race, which proved to be his last, is now named after him.

Not long afterwards Monet's Garden was found to be suffering from a severe foot infection, and whether or not he would live to enjoy his retirement was very much in the balance.

The bravery shown on the racecourse was replicated in his recovery, and he now wears heart-shaped shoes to provide added support and ease pressure.

Top class as a racehorse, the same can be said about Monet's Garden in his second career in the show-ring, in which 72-year-old Wesley Yates still takes a keen interest. "David still comes to the various events and he still loves it, just like when he was racing," says Joey.

A winner of the Retraining of Racehorses veteran final at Aintree in August when Joey was five months pregnant, Monet's Garden was then crowned the RoR Horse of the Year at a ceremony at the Jockey Club Rooms in December.

Joey hopes to be back riding Monet's Garden before the show season starts around April, and he will again parade on the Thursday of the Grand National meeting.

Wesley Yates will be at Aintree and, formerly based in Cheshire, he adds: "I live in Windermere now so I'm closer to the stables and I've got two nice horses [Better Getalong, who defied a penalty in a bumper at Kelso on Thursday, and Looking Well] at the moment who can hopefully give us some fun."

Monet's Garden receives fan mail and attracts regular visitors who come to see him in his box, which is referred to as "the bungalow" and whose sizeable square footage would probably command half a million pounds were it a studio flat in London.

It appears as if he has got used to the new arrival in his life, with whom he will now have to share Joey's devotion, but that gorgeous grey fur could be in for a bit more ruffling.

"Just you wait till Lily gets a pony," smiles Joey at her old friend in his luxurious living quarters, after another cheeky nuzzle. Someone might be getting a flatmate.

Urban Sea: the amazing tale of the Arc heroine who changed lives and racing forever

Estimate and the Queen: gold seal on passion of a lifetime at Royal Ascot

Guy Disney: blown up by the Taliban, half a leg and a full quota of courage

The man whose bloodlines left an indelible mark on the thoroughbred