How much do owners make? Or lose, as the case may be 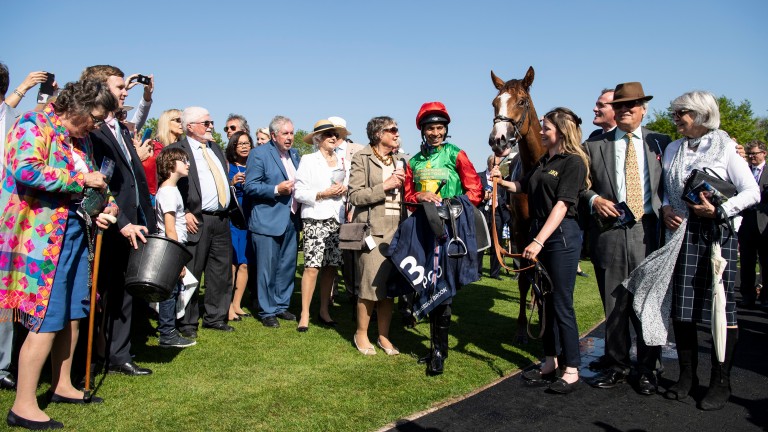 The dream of every racehorse owner was realised by the Pall Mall Partnership when Billesdon Brook won the Qipco 1,000 Guineas
Edward Whitaker
1 of 1
By Scott Burton 10:06AM, FEB 27 2020

There is a joke frequently told in racing circles that runs along the lines of: how do you become a millionaire owner in racing? Start out as a billionaire.

For all but a very few mega owner/breeders – whose aim is to create stallion prospects and for whom this is very much a business – having one or more horses in training is a leisure pursuit, something to take the mind away from the day-to-day concerns of work, health and family. As such there is a line of thinking that you should not really expect a return on your leisure investments, any more than if you take up golf or sailing or hill walking.

But the reality is that racing is a professional sport which supports a whole industry and has prize-money to match, most of which goes to the owner. It has evolved from the days of sweepstakes and match races, and has to offer that carrot in order for a sufficient number of owners to invest in horses.

So how much does it cost to own a horse, and can you make money from it?

Getting to the start

A 2015 survey of the Racehorse Owners Association’s members found that the average cost of ownership for a year was £22,595 for a Flat horse, composed of training fees – which can vary widely – racing expenses such as entries, transport and jockeys, as well as farriers’ and vets’ bills, and the cost of access to gallops. 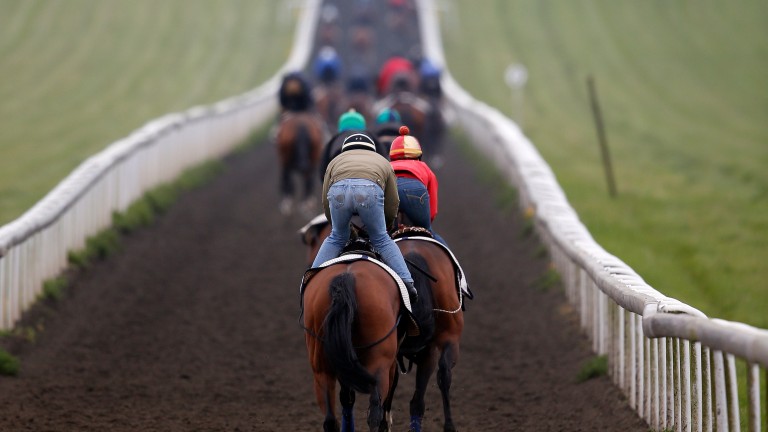 Training fees make up a sizeable chunk of a racehorse owner's bills, but there are also racing, veterinary and farrier's expenses which add to the cost
Alan Crowhurst

That dropped to £16,325 over jumps, a figure explained partly by the increased costs involved in running more frequently on the Flat as well as the daily rate charged by jumps trainers tending to be lower, although there is expectation of higher vets' bills with jumps horses.

The other chief cost associated with getting into ownership is the purchase price of the horse.

There are a variety of different types of auction. To buy a horse ready to run immediately, a horses-in-training sale offers the shortest time lag, especially in jump racing, where the alternative is to buy a young or store horse who may be at least two years away from facing the starter.

There was almost no difference in the £45,396 average sale price between the Goffs UK Premier Yearling sale at Doncaster in August 2018 and the £45,750 average generated at the two-year-old breeze-up sale organised by the same company the following April, a catalogue full of horses a good deal closer to making their debuts (and whose new owners had saved themselves seven months of training fees).

Should those sums sound a little scary, the average price at the same company's less select Silver Yearling sale in 2018 was £10,175.

The costs also vary hugely with other companies such as Newmarket-based Tattersalls, between their ultra-select Book 1 offering (258,008gns average price per horse sold in 2019) and the less flashy pedigrees in Book 4 (4,308gns average).

And fairytales do happen. Just ask Blandford Bloodstock's Tom Goff, one of the most respected agents in Britain, who says: "I bought Dutch Art as a 16-grand yearling in 2006 and he won the Norfolk Stakes at Royal Ascot, the Prix Morny and the Middle Park, before being sold to Cheveley Park Stud for millions of pounds.

"Everybody connected to that horse made serious money because the dam, Halland Park Lass, was bought for nothing and then sold in the ring for 710,000 guineas. I bought a sister to him by Kyllachy for 480,000 guineas two years later. Anyone who touched that horse made money. That's the fairytale."

An owner opens his books

One medium-sized Flat owner based in the south of England had 12 horses carry his colours over 2019 for a total of 100 starts, yielding 15 victories and total prize-money of just over £150,000. Around one-fifth of that total came from winning a valuable handicap on a Group 1 undercard last summer.

Even ignoring subsequent training and racing expenses, of the 11 horses to represent him in 2019 bought at public auction, only three have won more than their purchase price over the course of their careers to date. Of the eight remaining 'losers' – and they include the big handicap hero – some have little hope of ever making much of a dent in the deficit. 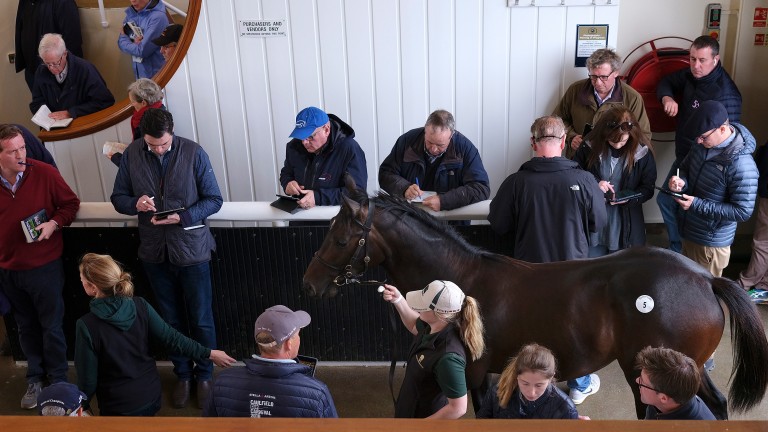 This owner has bought around 30 horses over ten years in racing and says: "It is easy to get carried away until the bills keep coming in, while generally the income is small due to the class of races you are involved in."

The ROA and other horsemen can certainly point to the poor levels of prize-money on offer to British-based owners in comparison to those in Ireland, while the gulf with France, Hong Kong, Japan, Australia and the United States is wider still.

Faced with the sort of economics demonstrated by the owner above, a big offer for a horse can be a real lifeline.

On the Flat, the expansion in demand from jurisdictions such as Hong Kong, Dubai, the US and Australia has become a vital factor in the ability of many owners to continue in the sport.

Hong Kong boasts owners with extremely deep pockets and a horse who ticks most of the boxes for a continued career at Happy Valley and Sha Tin can easily command up to £500,000, while horses changing hands for seven figures is not uncommon.

It's a similar story over jumps, where the chances of a genuine Champion Hurdle or Gold Cup contender remaining in the hands of a small owner are remote, and the market for barely proven point-to-point horses is booming. 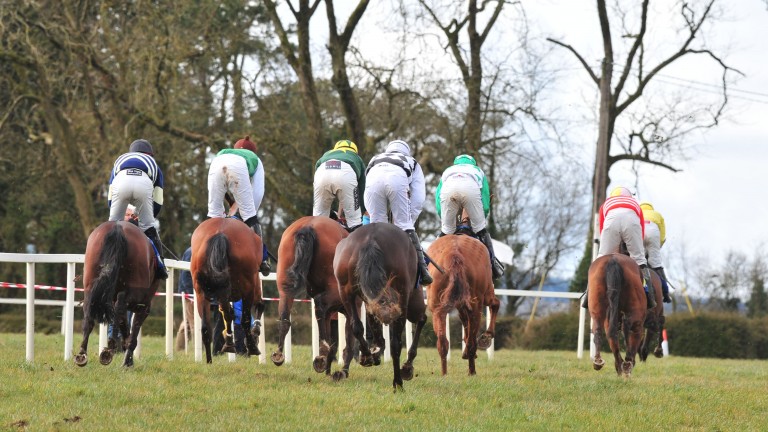 Even in France, where average prize-money levels are much higher for comparable races over jumps than in Britain or Ireland, only a relatively small number of big owner/breeders can afford to consistently turn down offers from abroad.

Racing for passion, not profit

If further proof were required that most racehorses will be a losing investment, below is the raw data provided by the ROA in its most recent annual report, showing the inverted pyramid of how much the British horse population won at the races in 2018.

The most startling number is that only one in eight will make more than £15,000 and therefore approach breaking even.

The good days help to pay the bills but, more than anything, it is the experience such a win provides and the memory of it burning long afterwards that helps make the inevitable losses easier to bear, the thrill and enjoyment outweighing simple economics.

Goff says: "There will always be people who don't mind the cost of having a horse in training, they're in it because they have a genuine passion for the sport. Fifty years ago this wasn't an industry and it has become one, but people have always raced for passion."

FIRST PUBLISHED 6:10PM, FEB 22 2020
It is easy to get carried away until the bills keep coming in, while generally the income is small due to the class of races you are involved in

Everyone knows British prize-money is pitiful - but how do you actually fix it? 'It doesn't get better than that for a working-class lad from Selby' Tom Dascombe: 'They've done me a favour - just in a nasty way' Ray Cochrane: 'I gave him so much abuse, then had to defend him in the inquiry!' 'A really exciting initiative' - Irish Cesarewitch now worth a whopping €600,000 Former Cheltenham chief Gillespie calls for better prize-money distribution
Bookmaker
Price
E.W. Terms
bet365
Open Account
Ladbrokes
Open Account
William Hill
Open Account
Coral
Open Account
Paddy Power
Open Account
Betfair
Open Account
Sky Bet
Open Account
Sporting
BetVictor
Boylesport
888sport