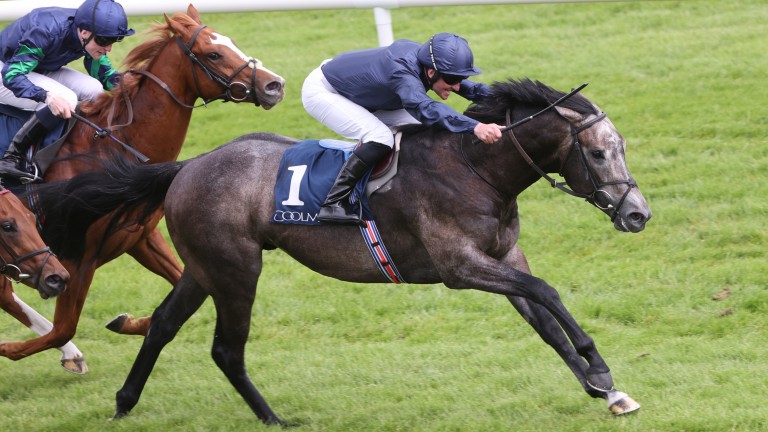 It is round three between The Antarctic and Wodao with the scoreboard showing 2-0 in favour of Battaash's brother, who arrives here on the back of a rather disappointing effort in the Norfolk.

Having been ante-post favourite for that Royal Ascot contest, The Antarctic drifted out to 4-1 before the off and could finish only seventh of ten behind shock 50-1 winner The Ridler.

Prior to his visit to the royal meeting, The Antarctic had beaten Wodao by half a length over this course and distance on his debut, and then confirmed his superiority at Naas when beating him by three-quarters of a length giving him 3lb.

All that would suggest another scalp of Wodao is a foregone conclusion, but it may not be so simple.

The Donnacha O'Brien-trained juvenile was impressive at Navan last month when quickening up off a fast pace, and his Windsor Castle effort is better than the bare form.

Expect Gavin Ryan to secure the coveted stands' side rail from stall eight, and this speedy son of Showcasing won't be easily caught if getting it.

The draw is a major factor when the ground eases on the straight track at Tipperary and Wodao being on the outside of The Antarctic could prove paramount.

Treasure Trove was behind The Antarctic and Wodao when the three met at this track in April, but she has been steadily progressive since and got off the mark in style at Down Royal 12 days ago. She's learning and a mark of 90 puts her in the mix.

The ground would have to be a worry for Queen Mary tenth Lady Tilbury, who is a course-and-distance winner, but the rest look to have plenty on their plate.

This could once develop into a match between The Antarctic and Wodao, and revenge might be on the menu this time.

Donnacha O'Brien, trainer of Wodao
He's in good form and has come out of Ascot well. The track and trip will suit and he shouldn't have any problem with the bit of ease in the ground. We're hoping for a good run.

Joseph O'Brien, trainer of Excelia
She won her maiden well last time. She has plenty of experience and will hopefully handle the ground. It'd be great if she could get placed, but it looks a very good race.

David Marnane, trainer of Lady Tilbury
We're anxious about the ground for her and we'll monitor it closely. I thought she ran well in the Queen Mary as she did everything wrong and, if you take out the winner, she was beaten only five lengths. She was just a bit immature there, but she's a lovely filly.

FIRST PUBLISHED 6:00PM, JUN 28 2022
The track and trip will suit and he shouldn't have any problem with the bit of ease in the ground