Phoenix allegations to be investigated as a priority by BHA 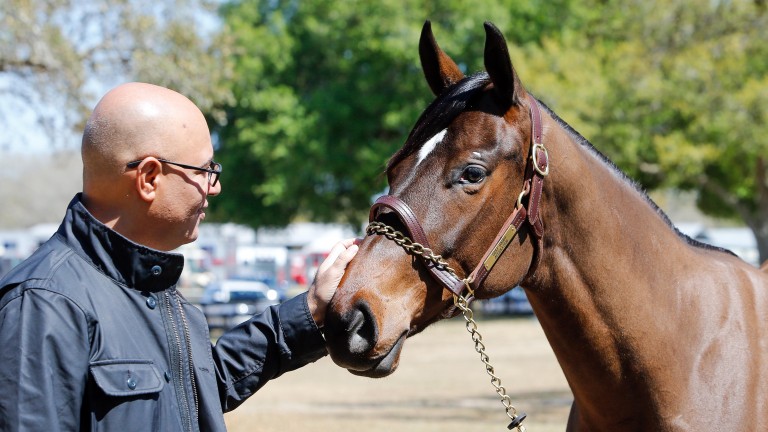 Amer Abdulaziz has been associated with some high-priced purchase at the sales over the last three years
Michele MacDonald
1 of 1
By Scott Burton UPDATED 9:10PM, NOV 25 2019

The BHA will prioritise its investigation into allegations made against Phoenix Thoroughbreds founder Amer Abdulaziz Salman in a New York court earlier this month.

British racing's governing body has wide-ranging powers to restrict any individual or company's activities in racing but is in the process of gathering further information from financial and legal authorities into the allegations.

A BHA spokesperson said on Monday: "The BHA is aware of the allegations which are emanating from a criminal case in the United States. We are in contact with the appropriate authorities and are continuing to make inquiries as a priority. We cannot comment further on the specifics of this case at this time."

The spokesperson added: "More generally, British racing takes its reputation – and its responsibility to protect its participants from potentially corrupt activity – very seriously. Wide-ranging criteria are in place for the suitability of those involved in the sport, and every application for registration as an owner is assessed in line with these criteria.

"If an individual is found to have acted in a manner which makes them unsuitable to be an owner then their registration can be rescinded. There are also strict rules against engaging in conduct which is prejudicial to the sport's good reputation."

Abdulaziz was named in a US court this month by a witness in a money-laundering trial relating to the international cryptocurrency scam OneCoin.

The witness alleged Abdulaziz acted as a key money launderer for the operation before stealing €100 million from the scheme to fund his ownership vehicle.

The claim was made by convicted fraudster Konstantin Ignatov, co-founder of fake cryptocurrency OneCoin with his sister Dr Ruja Ignatova, during the trial of former US lawyer Mark Scott, who was convicted last week of fraud and money laundering.

Testifying under oath, Ignatov said: “Amer Abdulaziz, after he stole €100m from OneCoin, he started buying racehorses for, like, €25m. [He was] one of the main money-launderers for Ruja.”

Abdulaziz has not responded to numerous attempts for comment from the Racing Post, but a statement released on Monday by Phoenix Thoroughbreds said: “Phoenix Fund Investments LLC categorically denies all allegations made against it, and its owner, Mr Amer Abdulaziz, in legal proceedings against OneCoin and its conspirators in the US.

Read more about this story

FIRST PUBLISHED 9:01PM, NOV 25 2019
We are in contact with the appropriate authorities and are continuing to make enquiries as a priority