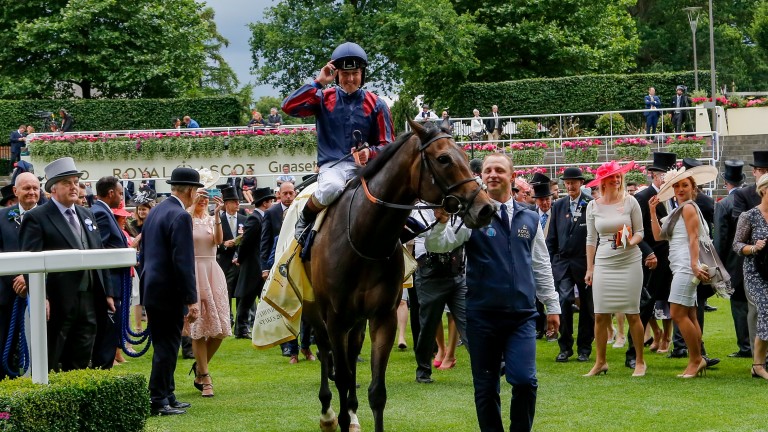 The Tin Man and Tom Queally after winning the Diamond Jubilee at Royal Ascot in 2017
Mark Cranham (racingpost.com/photos)
1 of 1
By David Milnes UPDATED 11:15AM, JUN 7 2021

Popular sprinter and three-time Group 1 winner The Tin Man has been retired after breaking down on the Newmarket gallops on Saturday morning.

The nine-year-old, a star for the James Fanshawe stable over six seasons, sustained a fractured cannonbone during a routine workout on the Limekilns and was rushed to the Newmarket Equine Hospital for treatment. The injury was stabilised with screws and it is hoped The Tin Man can return to Fanshawe’s yard for a new life as a hack.

Winner of nine of his 31 races and £1.27 million in prize-money, The Tin Man proved to be a dream pioneer for the Fred Archer syndicate when it was set up in 2014 and has been the leading money-earner for the successful operation, which is run by Fanshawe’s wife Jacko. 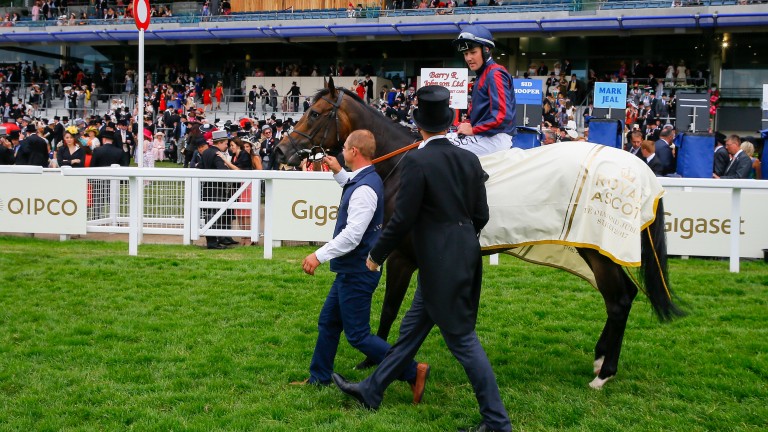 Jacko Fanshawe said: “It’s very sad and it’s the end of an era really as The Tin Man has been around so long he’s part of the family. I see him every day out of our kitchen window as his box is close to the house and he’s had the same stable since he arrived here eight years ago.

"It’s a shame he’s not going to run again. I know some people will say we should have retired him last year but he was just enjoying everything so much and had been due to run at Salisbury next weekend.”

The Tin Man – who bears the nickname given to Fred Archer, the legendary jockey who built Fanshawe’s Pegasus Stables yard more than 100 years ago – proved particularly effective at Ascot and Haydock.

The Tin Man in numbers

He registered his first Group 1 triumph in the Qipco British Champions Sprint at Ascot in 2016 and the following year returned there to score an even more prestigious win at the royal meeting in the Group 1 Diamond Jubilee Stakes, ridden both times by Tom Queally.

The Tin Man finished in the frame in his first four cracks at the Sprint Cup at Haydock, finally getting his head in front under Oisin Murphy in 2018 for the last win of his career. 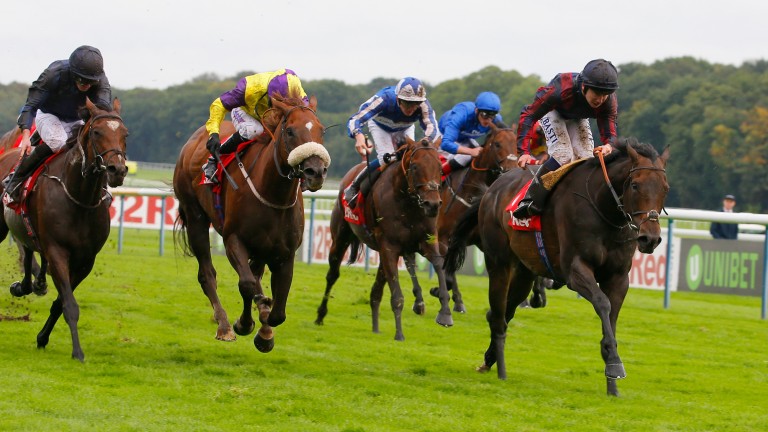 Jacko Fanshawe added: “The Tin Man is the ultimate horse and doesn’t owe anybody anything. The syndicate members were incredibly kind about it when I rang to tell them the news this morning. Most of them thought this day was drawing close.

"You could never buy a horse for 80,000gns thinking you were going to win three Group 1s and for what he’s done that was very cheap.”

On the injury, which was sustained on the Limekilns short gallop around 6.15am, she said: “Two strides before he went into a trot after he’d worked on the Limekilns he was found to be lame but thankfully our vet Andrew Fogarty was around and he whisked him off to Newmarket Equine Hospital a bit sharpish.

"The extraordinary thing is that James has always had a policy not to work on the Limekilns after it has rained but everyone else has been doing it so he thought he might as well join in and then this happens.” 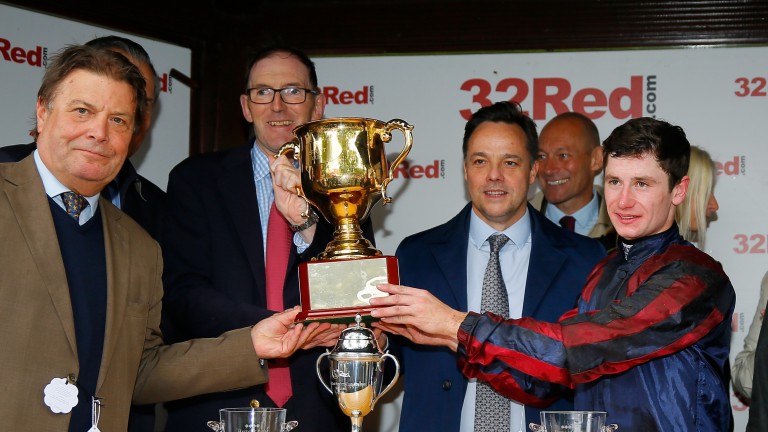 The trophy presentation after the Sprint Cup at Haydock
Mark Cranham (racingpost.com/photos)

On The Tin Man's career highlight, she added: “I suppose it was his win in the Diamond Jubilee when the syndicate was awarded the trophy by the Queen, which was amazing. His Champions Sprint win was also a big day as it was so valuable.

"He won on all sorts of ground. He won on firm as well as heavy and he never ran a bad race in the Haydock Sprint Cup, where it was often quite testing."

Murphy said: “The Tin Man gave me a great day when I won the Haydock Sprint Cup in 2018 and we probably should have won it again the following year when I got a bit far back. It was brilliant the way Mr Fanshawe handled him that he had such a long and illustrious career.”

FIRST PUBLISHED 3:26PM, JUN 5 2021
It’s very sad and it’s the end of an era really as The Tin Man has been around so long he’s part of the family

'I didn't sleep on Tuesday night' - Oisin Murphy rues the one that got away 'I didn't say that. He's wrong' - Dettori counters Murphy best-horse claim A day when two big decisions had to be made - officials at Ascot got both right Did the stewards get it right in the Commonwealth Cup? Experts have their say 'Oisin's horse drifted about eight lanes' - Commonwealth Cup result reversed 'I think I probably needed Valium this morning - Ascot with people is amazing'