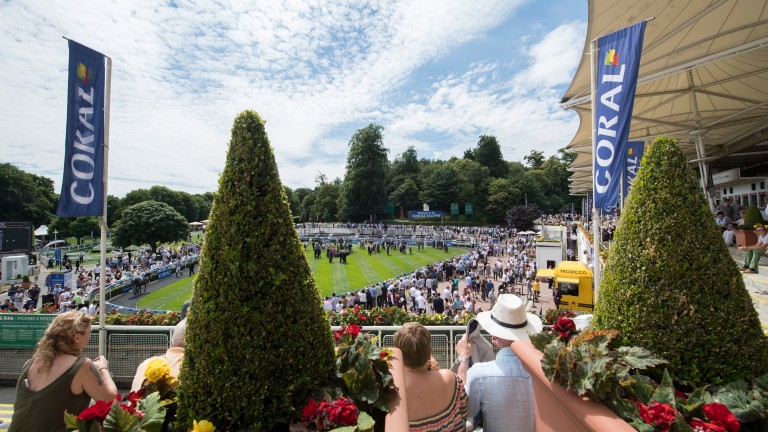 Spectator numbers are likely to be limited for the Coral-Eclipse at Sandown
Edward Whitaker (racingpost.com/photos)
1 of 1
By Peter Scargill UPDATED 11:01PM, JUN 11 2021

Racecourses are preparing for spectator restrictions to remain in place for marquee summer Flat fixtures such as the Coral-Eclipse and Newmarket's July festival with the UK government believed likely to delay the final easing of lockdown restrictions to after June 21.

The Racing Post understands that racing has been told a delay of between two and four weeks for the final stage of lifting lockdown is expected to be announced next week due to an increase in Covid-19 infections linked to the Delta variant of the coronavirus.

The delay would be a setback for racecourses which have been starved of income from crowds since the first lockdown in March 2020, and keep a cap on attendance numbers in England to a maximum of 4,000 for meetings such as the Eclipse on July 3 and, potentially, the July meeting at Newmarket from July 8-10.

However, racing is among a handful of sports understood to be lobbying government to increase capacity at events to 10,000, as is the case for events in outside stadia such as football, via Covid-19 mitigation methods such as proof of vaccination.

Racing is also participating in the latest round of pilots for the government's Events Research Programme, with Royal Ascot permitted to allow 12,000 people to attend each day of the meeting provided they submit negative PCR tests for the virus, giving confidence to those talking to government that larger crowds could be safely accommodated at tracks.

The Racecourse Association has been leading discussions with government on racing's behalf on the return of spectators, and a spokesman said on Friday: "While we recognise any delay to the roadmap would be done with public health in mind, the commercial implications for racecourses would be significant.

"We estimate a £15m-20m hit on racecourse finances if a delay of four weeks was announced which is largely down to ticket sales and hospitality." 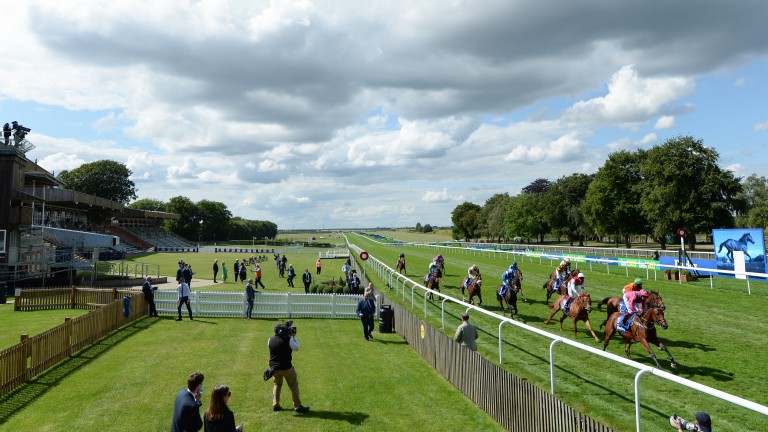 Last year's July Cup is played out in front of empty stands, but Newmarket has been planning for sizeable crowds for next month's July festival
Edward Whitaker (racingpost.com/photos)

With June 21 pinpointed by many racecourses as a key day, tickets for fixtures after that date have been sold without restrictions on numbers, potentially leaving those who have purchased tickets unable to attend if the lockdown is extended as expected.

A spokesman for Jockey Club Racecourses, which owns Sandown and Newmarket, said: "While we have been planning for our events to go ahead with spectators present, in the unfortunate event of cancellations or if capacities are further restricted, ticket purchases will be fully refunded under our money-back guarantee if necessary, but of course that would not be the news anyone wants to hear.

"Several million people enjoy an exciting and enjoyable day at the races each year and we'd like nothing more than to provide fans with the experience they love and have missed so much for more than a year."

Shergar Cup, Racing League and Sunday Series feature in another busy week Vital Irish racing isn't overlooked again when other sports get crowd increases Racing has its problems and it's up to racing to solve them Back to normal? We road-test the new raceday experience 'People think bookmakers just want race on top of race. No, we don't!' 'It's been absolutely incredible' - on-course bookmakers relish Glorious return