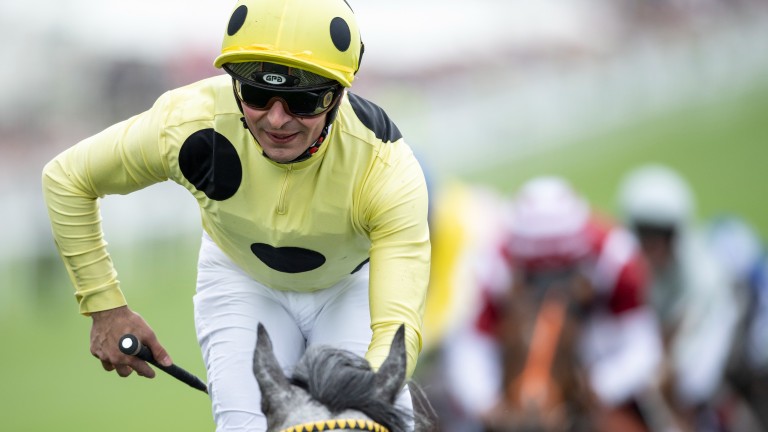 More of the same? Andrea Atzeni and Defoe conquered Epsom in the 2019 Coronation Cup and the Italian-born jockey will be hoping for a repeat aboard Third Realm in Saturday's Cazoo Derby
Edward Whitaker
1 of 1
By Scott Burton and James Burn UPDATED 7:03PM, MAY 31 2021

Andrea Atzeni admits his Cazoo Derby mount Third Realm continues to surprise him and is hoping that is again the case at Epsom on Saturday, when he will be among the leading home-trained runners taking on the might of Aidan O’Brien and Jim Bolger.

The Lingfield Derby Trial winner was among 19 to stand their ground on Monday for the Classic, with Bolshoi Ballet hardening in some places as favourite.

The 15-8 and 7-4 available on Monday morning about Bolshoi Ballet gave way to a general 13-8 but, while many of his major market rivals were easy to back, Third Realm was steady at 12-1 with most layers to provide Atzeni with a first Derby triumph.

Atzeni is retained by Third Realm’s owner/breeder Sheikh Mohammed Obaid, but missed the ride at Lingfield in order carry the same colours aboard Without A Fight at Ascot.

Atzeni said on Monday: "He won at Nottingham and I had the choice to ride him at Lingfield, but he doesn't show a lot at home, which isn't a bad thing, and he won the trial quite nicely anyway.

"It looks like he'll improve for that run and he's won on fast ground and that trial on soft ground, so he's fairly versatile, although I'd prefer a bit of rain. It doesn't matter if we don't get it, however." 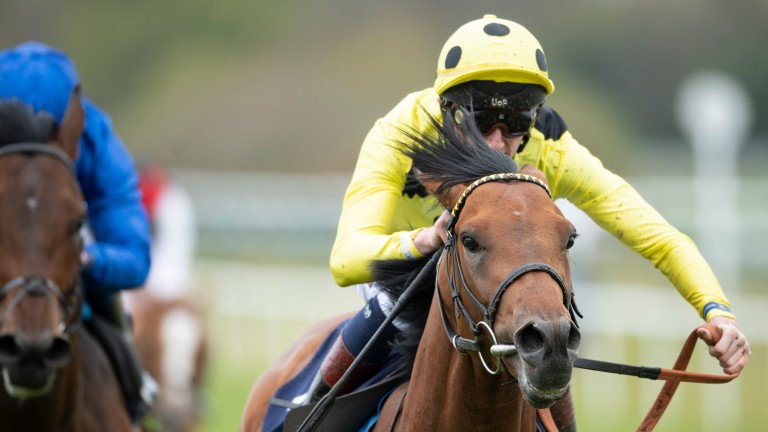 David Egan was aboard Third Realm in the Lingfield Derby Trial but retained rider Andrea Atzeni takes over at Epsom
Edward Whitaker (racingpost.com/photos)

Atzeni was aboard as trainer Roger Varian stepped up Third Realm’s Derby preparation last week and the team continue to be happy with the son of Sea The Stars’ progress, albeit he retains any fireworks for the afternoon.

Atzeni said: "I sat on him four days ago and he did a nice bit of work on Racecourse Side in Newmarket and I was very pleased with him. He's not a flashy worker, but he's a hardy horse who takes his racing so well.

"Nothing bothers him and you gallop him and then pull him up and you wouldn't know he's worked. He showed a bit as a two-year-old and we liked him that day without doing anything flashy. He's surprised us, so let's hope he can again on Saturday."

Atzeni was runner-up to Australia on his Derby debut aboard the Varian-trained Kingston Hill and believes Third Realm has the credentials to get him involved at the business end again.

"It's a very open Derby and he'll stay the trip and handle the track – he went round Lingfield very smoothly, so that shouldn't be a problem. And he's bred by the boss, so it'd be great to win it for him." 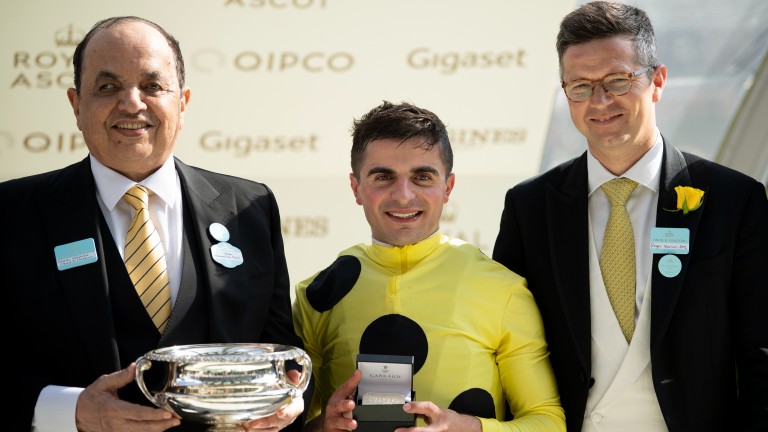 Godolphin's riding plans were finalised on Monday, with James Doyle confirmed for One Ruler and Oisin Murphy aboard Adayar – runner-up to Third Realm at Lingfield – while William Buick had already been linked with Dante winner Hurricane Lane last week.

There were no major defections at Monday’s five-day confirmation stage, with Sheikh Mohammed Obaid's Prix du Jockey Club-bound El Drama the shortest-priced runner to come out of the race.

Among Bolshoi Ballet’s stablemates, High Definition remains on course, though bookmakers appear to be taking differing views about his chances of upsetting the favourite.

Betfred and Betway both eased the Dante third to 11-2 from 5-1, while Ladbrokes remain noticeably shorter.

Spokesperson Nicola McGeady said of the Ballydoyle duo at the top of the market: "It seems the favourite is doing everything right in the run-up to the race, but many punters are keeping the faith in High Definition after the Dante."

O'Brien has six remaining entries and, in addition to Bolshoi Ballet and High Definition, he could be represented by Sir Lamorak, Kyprios, The Mediterranean and Van Gogh. The the last-named also has the option of  a return to France for the Qatar Prix du Jockey Club at Chantilly on Sunday.

Aidan O'Brien: 'It will be hard for Ryan Moore to overlook Bolshoi Ballet'