Aidan Coleman, among the market principals to become JP McManus's new retained rider in Britain following Barry Geraghty's retirement, has played down speculation linking him to one of the top jobs in jump racing.

Coleman heads the betting at 11-10 to replace Geraghty with Star Sports and Ladbrokes, and is a best price 7-4 second favourite with Sky Bet and William Hill.

The last two-named firms have taken a different view, with Mark Walsh heading Sky Bet's market at 4-6 while he is 8-15 favourite with William Hill. 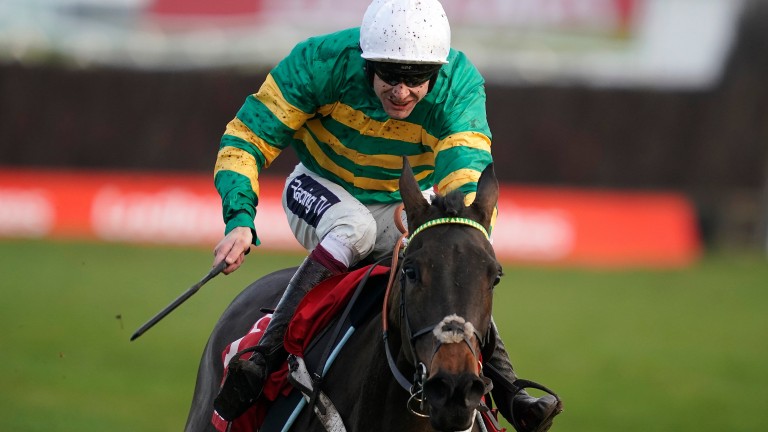 Apart from Geraghty, Coleman has ridden the highest number of winners for McManus in Britain in the last five seasons, enjoying victories on the owner's Grade 1 stars Epatante and Champ.

Asked about talk linking him to the job, Coleman said: "I wouldn't have a clue. I'm very fortunate that I ride for a lot of people, I'm very busy and I ride a lot of nice horses. I'm just concentrating on myself and what will be will be after that."

Coleman agreed the role of McManus's retained rider, held by 20-time champion Sir Anthony McCoy prior to Geraghty, can be viewed as a job that is every jockey's dream.

The Irishman, who will be 32 next month, has been riding at the peak of his powers in recent seasons, striking up a fearsome partnership with 2019 Stayers' Hurdle hero Paisley Park and winning this year's Racing Post Arkle on Put The Kettle On.

Coleman competed against Geraghty for many years and described him as "one of the greatest".

"He was the most fantastic jockey and his record at Cheltenham speaks for itself," Coleman added.

"His CV is ridiculous, there are plenty of us who would kill to have half of it. He was always very welcoming and open. He was a great jockey and always a nice man."

Who will be the next UK retained No.1 rider for JP McManus?

Barry Geraghty announces his retirement at the age of 40

How Geraghty made himself king of the Champion Chase

Richard Forristal on one of the greatest jockeys of his generation