Winter sends a shiver down the spine of Rhododendron backers 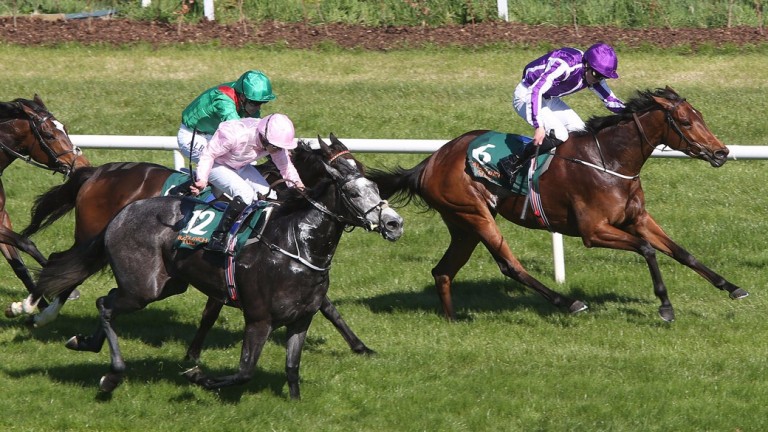 Punters who have backed Rhododendron to bloom on Sunday could just be in for a Winter of discontent.

Ballydoyle's Qipco 1,000 Guineas favourite is not under immediate threat of being jettisoned from the head of betting for the Classic, but a gamble on stablemate Winter snowballed on Wednesday.

The filly who was beaten a head by Hydrangea – another of Aidan O'Brien's Newmarket hopes – in the 1,000 Guineas trial at Leopardstown last month is now vying for second favouritism.

Having been available at 33-1 in places last weekend, Winter's odds are now as short as 8-1, with 10-1 the best price available.

William Hill quote 8-1 and spokesman Rupert Adams said on Wednesday: "We've kept onside with Winter as we were very impressed with her effort from a wide draw behind Hydrangea at Leopardstown.

"When she was 33-1 elsewhere on Monday, we were 25-1. We were 10-1 this morning when others were bigger prices and when money came in for her, we took evasive action."

Ladbrokes cut Winter's odds into 8-1 (from 12) on Wednesday and spokesman David Williams said: "It's been a solid gamble – the money's been trickling through across all channels all day long."

Betfred also go 8-1 and spokesman Andrew Griffiths said: "There's been a fascinating move for Winter this week – she was 33-1 on Monday. Her second in the Leopardstown 1,000 Guineas Trial was a good run and we’ve seen a steady flow of money ever since Rehana gave the form a big boost at Naas on Monday.

"She’s been tipped up in a few places as well, and that has certainly contributed to her price collapsing over the past 48 hours. A big run is clearly expected and it wouldn’t be a surprise to see her shake up her more esteemed stablemate Rhododendron on Sunday."

O'Brien, who has won the 1,000 Guineas twice in the last five years, said: "We've been happy with Winter and the plan is to send her and Hydrangea with Rhododendron on Sunday.

"Our other two entries, Rain Goddess and Roly Poly, will probably go to France."

Her own stablemates are far from the only potential dangers to the market leader, and there are also positive noises about Daban and Fair Eva.

The John Gosden-trained second favourite Daban breezed on Wednesday in the hands of Frankie Dettori, who expects a good run from the Nell Gwyn Stakes winner.

"I didn't really know her before the Nell Gwyn," the jockey admitted. "John was very keen on her. She looks well and her home work has been good.

"She's quite laid back at home. One thing we know is she likes the track, and she'll run a good race."

Fair Eva will make her reappearance on Sunday, having been beaten at odds-on in the Lowther and Rockfel Stakes after her win in the Princess Margaret at Ascot.

"We've no explanation as to why she looked so good at Ascot, and then not so good at York or Newmarket. She might have been growing; there was certainly nothing of any significance found.

"She'd worked exceptionally well before the Rockfel. With York you may forgive her a little bit, but she really ought to have won the Rockfel – that was disappointing.

"In terms of how she is and how she's been going, she's given every indication of training straightforwardly so we live in hope."

FIRST PUBLISHED 6:11PM, MAY 3 2017
We have kept onside with Winter as we were very impressed with her effort from a wide draw behind Hydrangea at Leopardstown