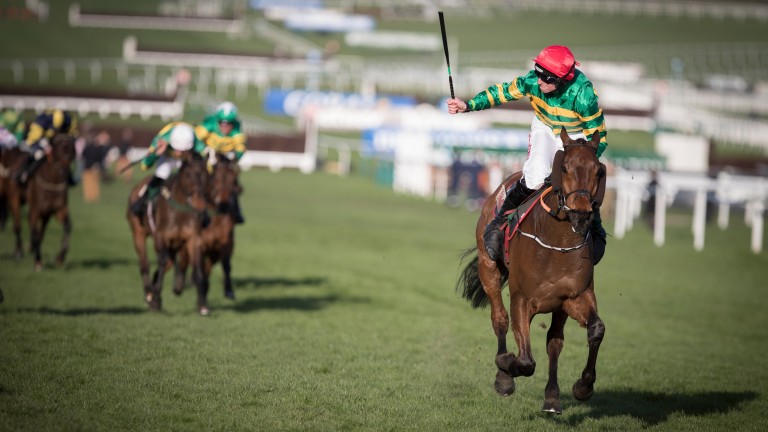 Cause Of Causes, a three-time Cheltenham Festival winner who also finished runner-up in the 2017 Grand National, has died at the age of 13 at his owner JP McManus's Martinstown Stud in County Limerick.

Frank Berry, racing manager for McManus, described Cause Of Causes as an "unbelievable racehorse" when confirming the news on Monday.

He said: "We had some great days with Cause Of Causes. He was as game as they come and to win three times at the Cheltenham Festival was a huge achievement.

"The day he won the Kim Muir was amazing because he came from a long way back but still managed to get up and win snug in the end. He also ran very well to finish second in the 2017 Grand National. We were very lucky to come across one like him and he will be missed."

Trained by Gordon Elliott, Cause Of Causes finished seventh behind Champagne Fever in the 2013 Supreme Novices' Hurdle and runner-up in the 2014 Kim Muir.

He won his first Cheltenham Festival race when landing the 2015 National Hunt Chase. He followed up a year later with that memorable Kim Muir triumph and completed the hat-trick when running out an emphatic winner of the Cross Country Chase in 2017. He was ridden to all three of his festival victories by Jamie Codd.

Berry added: "Gordon and all of his staff did a fantastic job with him and always produced him in top shape for the big day. They deserve a lot of credit."

He added: "The horse had been enjoying retirement in Martinstown but had a heart attack out in the field. Horses like him don't come around very often." 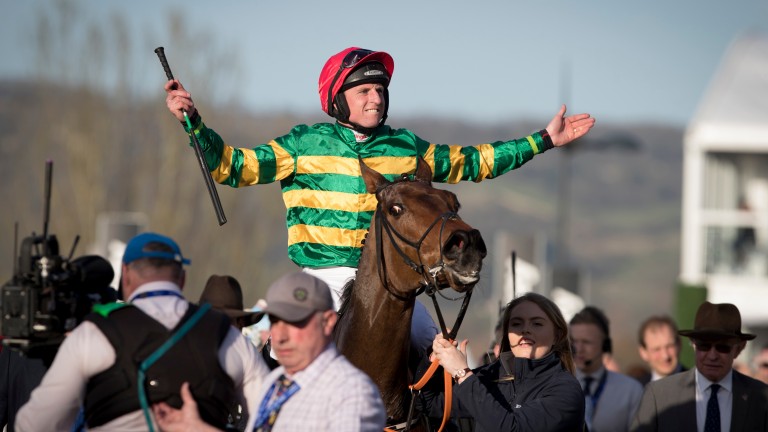 Jamie Codd celebrates victory on Cause Of Causes at Cheltenham in 2017
Patrick McCann (racingpost.com/photos)

No man got a finer tune out of Cause Of Causes than Codd and, like Berry, he pointed to his good attitude as his defining character.

Codd said: “Cause Of Causes was an incredibly tough horse for his size and he had a tremendous attitude. He was a real character and he took us to all the big festivals.

"He was a horse of a lifetime and was a huge horse for my career. He leaves us with fantastic memories me and my family will cherish forever.”

Cause Of Causes ran at six consecutive Cheltenham Festivals and won nine of his 43 races, accumulating £569,061 in prize-money. Together with his three chase wins at Cheltenham, he won five times over hurdles and once on the Flat.

Bred by the Niarchos family's Flaxman Holdings, that Flat victory came on his racecourse debut in France in 2011, when he was trained by Pascal Bary.

'Where would we be without him?' – popular chaser Seeyouatmidnight retired again