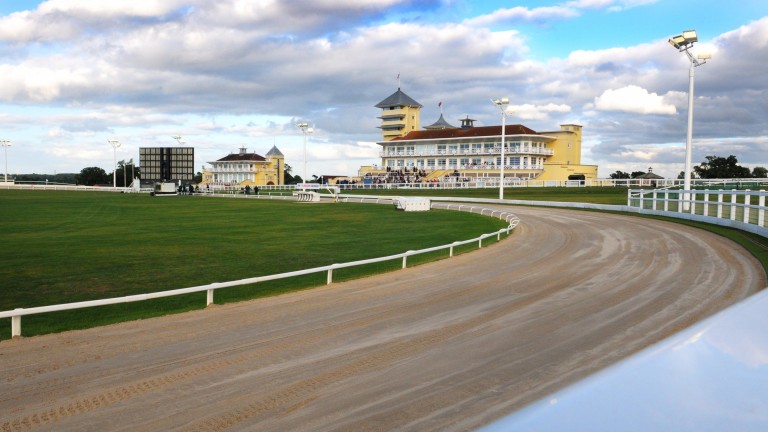 Towcester is expected to be confirmed as the new home of the Greyhound Derby by the end of the year, subject to legal and contractual matters being finalised.

Towcester chief executive Kevin Ackerman reportedly travelled to the GBGB’s London headquarters on Tuesday and it is understood the board’s Derby working party has settled on the sponsorship package offered by the Northamptonshire venue following a period when another non-track specific sponsorship offer was also considered.

Central Park in ­Sittingbourne and Sheffield had joined ­Towcester in putting themselves forward as a replacement for Wimbledon, which will close in March, although the key aim for the GBGB was agreeing ­sponsorship terms first.

GBGB chairman Tom Kelly refused to either ­confirm or deny Towcester had been chosen as the venue, but said: “It will be really disappointing now to me personally if we couldn’t make an announcement next week.

“Among other things that need finalising is the formal transfer of the Greyhound Derby title to the GBGB from the GRA. It has already been included in the ­minutes of a board meeting, but we need something more than that at this stage.”

Ackerman said: “It’s difficult to comment at this stage as we want to respect the process.”

However, he was interviewed on RPGTV this month and said: “There are two other good tracks in terms of Sittingbourne and Sheffield and I’m sure they’d do a good job, but our belief is that we’ll do a better job.

“I think we're the best track in Britain in terms of ­facilities and in terms of a track that has welfare at mind, and in our ­application we addressed some issues in terms of track bias.

“There was a perception that over the 480-metre open distance there was a bias to the inside. I think the move we’ve made to put it back 20m to the 500m start has undoubtedly had an effect on that perceived bias and this is backed up by the statistics.

“We can take up to around 9,500 people and we’re going to be putting on coaches from Milton Keynes and Northampton railway stations.

“We’re equipped to take over from where Wimbledon finished, take the Derby to a new level and make this a venue, a home that everyone in greyhound ­racing can be proud of. I think we’ll do a hell of a job.”

Ladbrokes, who introduced betting on the 2017 Derby venue last week – going 10-11 both ­Sheffield and Towcester with Central Park the 10-1 outsider in the three-runner field – suspended the market on Sunday evening having reported Towcester as the most popular choice of punters.