Santini declared for RSA while Min features in Champion Chase 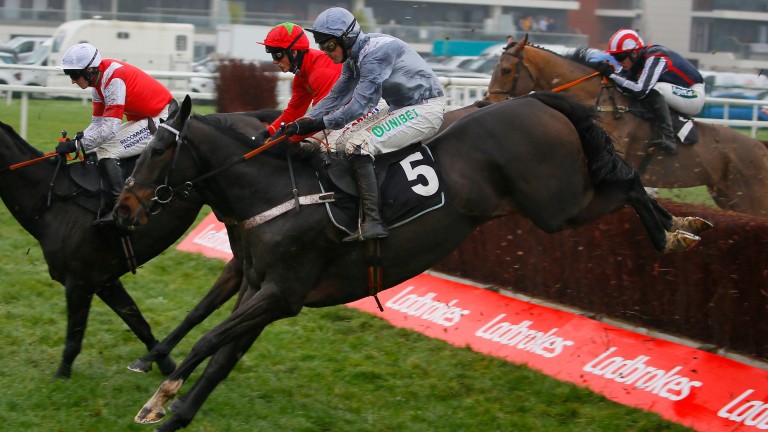 Santini: an impressive winner on his chasing debut at Newbury
Mark Cranham
1 of 1
By Andrew Dietz UPDATED 1:42PM, MAR 12 2019

Leading RSA Chase contender Santini, who faced a race against time to be fit for the Cheltenham Festival, has been declared for Wednesday's race.

Regular rider Nico de Boinville has been booked for the Nicky Henderson-trained seven-year-old, with Noel Fehily riding stablemate On The Blind Side.

Santini was found to be sore and lame as a result of losing a shoe while schooling at Newbury earlier this month. He was reported to be back on track a couple of days later but Henderson revealed at the weekend he was not happy with his top prospect and that a decision on his participation would be made on Monday.

Santini was among 12 horses to stand their ground for the RSA alongside Delta Work and Topofthegame after only Crucial Role missed out at the final declaration stage.

In the day-two feature, Altior is set to face eight rivals in the Betway Queen Mother Champion Chase.

Min leads the opposition, with stablemates Footpad and Un De Sceaux - who are entered in the Ryanair - not declared. Politologue will have the hood back on after racing without it in the Ascot Chase last month.

Donnacha O'Brien will ride Meticulous for his brother Joseph in the Weatherbys Champion Bumper, for which 14 have been declared.

Champ and Battleoverdoyen are poised for a fascinating clash in the Ballymore Novices' Hurdle. A field of 16 has been declared for Wednesday's opening race, but Birchdale, Commander Of Fleet, Sinoria and Allaho will not take part.

The weights for the Coral Cup will go up 7lb with Wicklow Brave now heading the field. The Willie Mullins-trained ante-post favourite Uradel made the cut.

So too did Uradel's stablemate Maze Runner for the Boodles Fred Winter, but he was later relegated to a reserve as the Alan Couetil-trained Naturelle should have been among the initials declarations but wasn't due to a mix up. She was later reinstated.

Read The Briefing from 8.30am daily on the Racing Post mobile app with all the day's latest going, weather, market moves and non-runner news