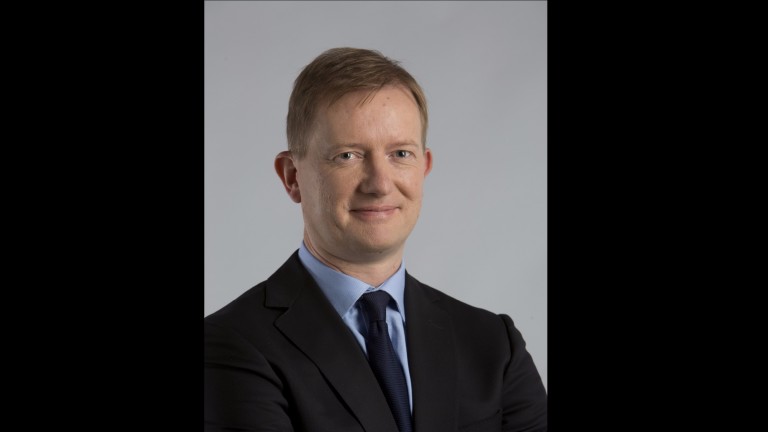 With the topic of problem gambling rarely out of the headlines one might have thought the last thing the betting industry would want is to raise the subject themselves. Yet that is what has been happening during Responsible Gambling Week, which continues until Wednesday.

It is a subject which should not be scorned by any of us who bet, for it would be a rare gambler who could honestly say they always exert rigid self-control in their punting, never have the daft bet they can’t afford, never chase losses, or never go without because they have blown their wages or savings in a betting binge.

These are the sort of gamblers at whom the campaign is aimed, punters like you and me, just as much as those who know they have a problem or have already experienced difficulties in their lives because of betting that has swept out of control.

The slogan for the week is "Let's talk about responsible gambling" and the person who has been talking about it most is John Hagan, chairman of the Industry Group for Responsible Gambling. He has been charged with putting across constructive messages to a national audience accustomed to hearing only the bleakest stories about the world of gambling.

"I really believe this week can make a difference by helping people understand what it means to gamble responsibly," Hagan says. "It's about helping people make informed choices about their gambling, so they do so from a position of knowledge.

"We want it to spark conversations between gambling operators and their customers, between customers and other customers, and with their families and friends.

"Some might think it's a subject for somebody else, that it's 'for problem gamblers, not for people like me' and might not want to engage with the conversation but that's something for our industry to address as well."

With the triennial review of gaming machines looming there are plenty who would cast a cynical eye on this attempt to switch the focus from problem gambling towards educating punters in the strategies for staying within safe limits, but if the industry is to overcome a wall of negative publicity it has to be proactive.

"This has been at least a year in the planning," Hagan says, "and it's falling at a time of enormous interest in the sector. That's coincidental, although we've always known we were under the microscope. But we've chosen to do it, it's the right thing to do.

"There's a quote by Mark Twain that 'it's never wrong to do the right thing' and that's what the industry believes it's doing. There will be some negative press coverage but this is not a PR campaign, it's a discussion.

"It may generate negative headlines from some with their own agenda, from those who don't like gambling, but at least the information will be getting out there. I hope that by putting our heads above the parapet and raising this topic we will trigger interest and conversation."

But why is Hagan putting himself in the firing line, giving his time to serve as deputy chairman of GamCare while carrying out "the day job which pays the bills" as a practising gambling lawyer, running the firm Harris Hagen with Julian Harris since 2004?

"I've always been interested in this and as co-founder of a socially responsible law firm I'm someone who wants to do the right thing," he says.

The Belfast-born, Dublin-educated 49-year-old, a regular at Leopardstown over Christmas as a youth, sets a fine example in self-restraint.

"I've just been in Las Vegas at a trade conference and I set a limit on how much I was prepared to gamble. I started to put the brakes on when I approached that limit. Rather than in the heat of the moment, I made that decision before I went."

Hagan draws a parallel with another area in which awareness of limits has changed dramatically in recent years. "There used to be many people who would come home, put the kids to bed and every evening have a large glass of wine and then another and by the end of the week they would have consumed quite a large amount of alcohol. It wouldn't have occurred to many then that they needed to look at their drinking but gradually that awareness has come through.

"If you decide, after receiving all the information, that you like a couple of glasses of wine in the evening, or you like betting or gaming at a certain level, that's an informed choice. We just want people to have a greater level of understanding of what they're doing."

The message has been hard to miss this week as the betting shop windows have been taken over by campaign slogans. As Hagan says, "it's hardly good for business in the short term," but he also points out this is only one area where the campaign is being conducted. It serves as a reminder that problem gambling affects customers in every sector, many more severely than those who frequent high street shops.

"The message is on the website home page of all UK-licensed gambling operators, it is in the front windows of all amusement centres and in casinos and bingo clubs," he says. "No-one could place a wager in their preferred location without becoming aware this is responsible gambling week.

"The industry has come together to speak with one voice for the first time. These are the same industry sections that argue with each other about other matters. One thing they are prepared to come together on is responsible gambling and to let those who need help know where it’s available."

Apart from web chats, Twitter and Facebook, that assistance is available person-to-person at information points across Britain.

"They are not in betting outlets because if you want to have a conversation about gambling you may not want to have it in the place where you gamble," Hagan says.

"Or you may have family who are worried about your gambling and don't want to go to a gambling venue.

"These are not counselling sessions but you can talk to someone from the GamCare network and they will show you where you can get help.

"The week is about learning not to chase losses, not spending what you can't afford to lose, not gambling when you're angry or frustrated, not putting gambling before family and friends. It's about helping people realise you're paying for an entertainment product and you shouldn't be looking, in the long term, to make money.

"There are tools available to help you self-exclude or to take a time-out. They are there for all gamblers, not just problem gamblers. People might be tempted to say 'I don't gamble when I'm angry or frustrated,' but setting a limit on how much you're going to lose in a week is essential for anyone."

And what next, when the week is over? "We want people to be gambling responsibly, but if it isn’t working for them and they're concerned for their welfare and their families then they should ring the numbers and get in touch. I emphasise it's a free service, available to anybody. They do a great job and have successful results.

"The week will be independently evaluated by an outside agency, so we can measure if it's a success or not, but also so we can do it better next year."

Are you the type of gambler waiting for just one big win?

Ten tips to help keep your betting in check

Who is the campaign aimed at? All of us who have ever placed a bet