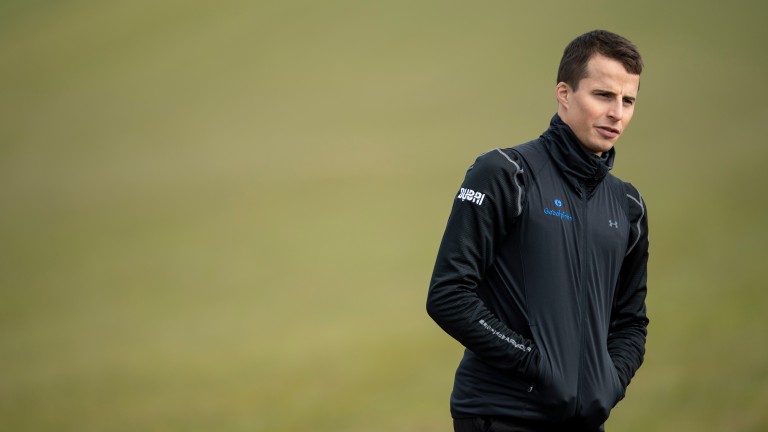 William Buick: on the sidelines after post-head injury syndrome
Edward Whitaker (racingpost.com/photos)
1 of 1
By David Milnes UPDATED 6:52PM, MAY 25 2019

William Buick does not know when he will be able to return to the saddle as he recovers from a fall that has left him with a post head-injury syndrome.

The Derby-winning jockey has been sidelined since riding on May 11, the day after being unshipped from Sir Busker going to post for a 6f handicap at Ascot.

After a full book of rides the next day, including a winner for his boss Charlie Appleby, Buick felt unwell that evening and took himself to Addenbrooke's Hospital in Cambridge for tests.

The 30-year-old is continuing to have treatment for his condition but has set no date for his return to race-riding.

It seems unlikely he will be riding at the Derby meeting, which starts on Friday May 31, and beyond that he will be keen to get back for Royal Ascot where Derby winner Masar and Melbourne Cup winner Cross Counter would be among his intended mounts.

He told the Racing Post: “It’s a post head-injury syndrome caused by a fall going to post at Ascot on May 10. I felt fine after riding the following day, but that evening I felt unwell so on medical advice went to hospital.

“That treatment is now ongoing and I am undergoing further tests. I am setting myself no time frame to return and the situation will be monitored on a weekly basis.

“It's extremely disappointing to be missing such an important part of the season but I need to be 100 per cent when I do return.

“I'd sincerely like to thank everyone for their good wishes and I'll keep everyone informed when I have further progress to report."

FIRST PUBLISHED 4:41PM, MAY 25 2019
It's extremely disappointing to be missing such an important part of the season but I need to be 100 per cent when I do return

Are we looking at a Group 1 horse in a handicap? International Stakes insight Simply the best: how rule changes have transformed the jockeys' title race