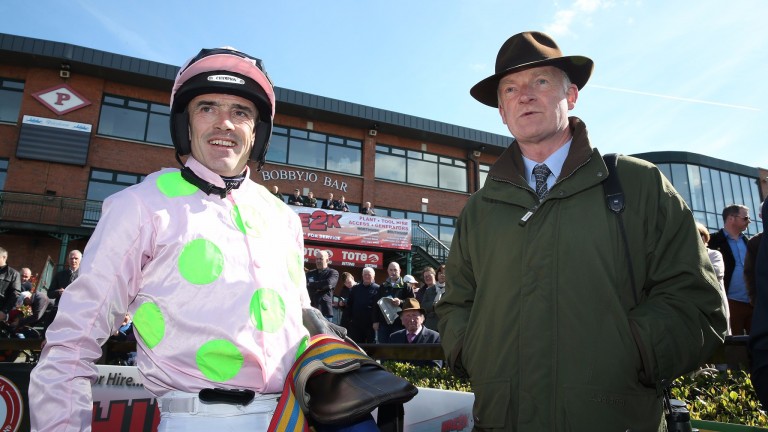 Ruby Walsh and Willie Mullins were a match made in heaven
CAROLINE NORRIS
1 of 1
By Richard Forristal UPDATED 10:24AM, MAY 2 2019

Willie Mullins described Ruby Walsh’s retirement as the end of an era and said the rider’s decision to bring the curtain down on his stellar career came as much as a shock to him as anyone.

After Walsh emulated his sister Katie’s decision last year to call time on her career at their local festival in County Kildare, the 12-time champion trainer, with whom Walsh has enjoyed such a prolific and long association, said the possibility of his retiring had not been discussed.

“I didn’t know it was coming,” said Mullins. “The ‘R’ word is never discussed in our house, for people or horses. Ruby just got off Kemboy and said, 'Can you find someone for Livelovelaugh later?'

"I looked at him and wondered if he was lame or concussed, and then he said, 'I’m out of here', and the penny dropped. I pulled him back then and just shook his hand. It was totally out of the blue.”

Mullins continued: “It’s the end of an era. What a riding career. What a career he's had with me, what a career he had with Paul Nicholls. It’s going to be strange, and much more difficult without his assistance anyhow.”

Asked what made him such a potent rider, Mullins replied: “He was just a natural. From the first day I put him up at Leopardstown as a 16-year-old 7lb claiming rider in a 24-runner bumper, or whatever it was, and he rode a very difficult filly, he was just naturally talented.

"Myself and [Mullins’s wife] Jackie thought that day, he is the guy for us for the future. Little did I think it was going to be as a professional jockey – I thought it would be as an amateur."

Mullins added: “A lot of thought went into him changing from an amateur to a professional. Thankfully he did it. He has been just spectacular and is going to be hugely missed.

“We both have the same understanding of horses and the way we want to race and ride horses – we were in sync all the time. We’d have had a difference of opinion at times, but I don’t think we’ve ever had a cross –word.”

As for life beyond Walsh, Mullins indicated that Paul Townend would be promoted to the role of stable jockey, adding that he hoped Walsh would still have a role to play in the Closutton operation.

“He's champion jockey this season so it's going to be fantastic to celebrate that as well, and hopefully things will move on seamlessly. Ruby is going to leave a big hole in the working of our yard, but hopefully I can utilise him in some capacity in future.” 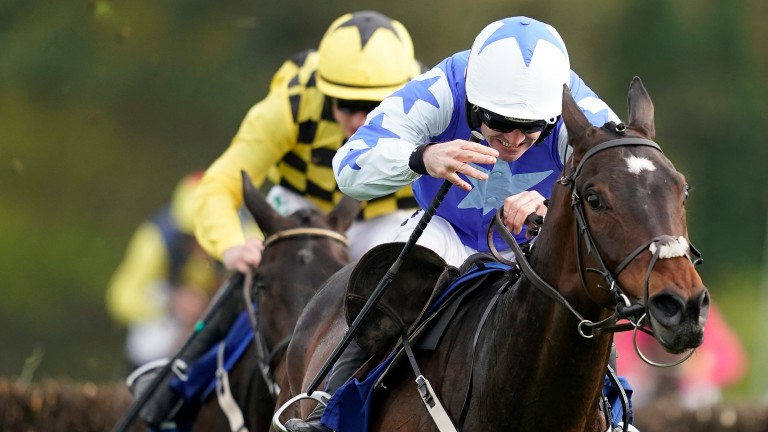 Ruby Walsh: produced as good a ride as you'll see, according to Paul Nicholls
Alan Crowhurst

Walsh’s father Ted, who was working in his capacity as a pundit on RTE television, said he was just pleased his eldest son had been able to make the call himself.

"That fact he's gone out on his own terms is brilliant,” said Walsh snr. “It's magic. That was always the main thing. He did mention it to me a while ago, that he might do it, but I didn't know when. I'm just thrilled he's come out in one piece."

The jockey’s sister Jennifer added: "I've been my brother's agent since he was 16. We've had some horrible times but mainly amazing times. It's been brilliant and I feel privileged to have been a part of it all. I'm very lucky I can call Ruby my brother."

Trainer Gordon Elliott was unequivocal in his description of Walsh as “the best I've ever seen, no doubt", while Walsh's ex-boss Nicholls was equally effusive.

"We've had some amazing times, Ruby's a brilliant jockey and is a great friend. I'm just glad to see him go out in one piece as he has had some horrific accidents and he has done amazingly well to come back from that.

"That ride today on Kemboy was as good a ride as you may ever see on a horse, he's been brilliant. He's had a good innings and it's great to see him go out at the top."

FIRST PUBLISHED 8:33PM, MAY 1 2019
I pulled him back then and just shook his hand. It was totally out of the blue

Dynamite night for McNamara as Jazzaway leads Mullins charge in feature How a ping-pong rout told me everything about the extraordinary Patrick Mullins Fan De Blues follows in some famous hoofprints to win Grade 3 novice chase 'He'll never recover from that!' - the heroics of Killultagh Vic and Ruby Walsh 'She'll be a big player in the Cesarewitch' - five who caught the eye at Galway Racing greats gather together for charity bike ride in memory of Pat Smullen