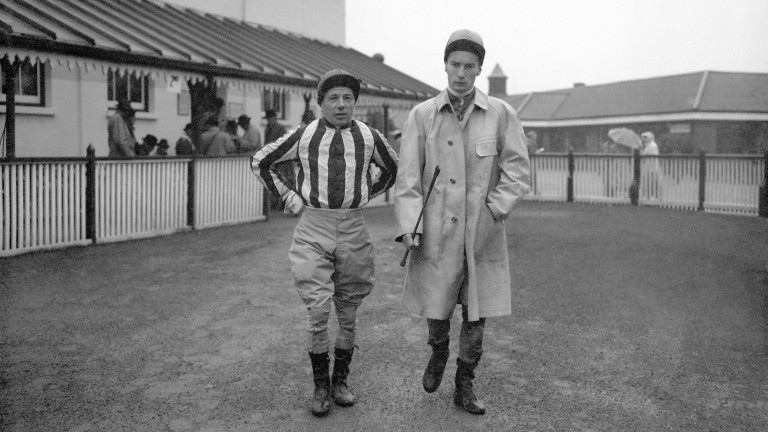 Tuesday is the centenary of the birth of Doug Smith, a great jockey who was champion five times in the 1950s.

Smith's reign was sandwiched between those of two giants of the sport, Sir Gordon Richards and Lester Piggott, and he is little remembered today. Yet his 3,111 wins still rank him at number five among –winningmost Flat jockeys of all time in Britain, just above Frankie Dettori, though he came to a tragic end.

Douglas Smith was born on November 21, 1917 on his father's farm at Shottesbrook, near Maidenhead in Berkshire. His older brother, Eph Smith, is number 15 on the all-time list.

He rode his first winner - Denia at Salisbury - in 1932, soon became a prominent lightweight (on his retirement he could still do 7st 9lb without wasting) and by the end of the war was firmly established in the top rank of jockeys.

The best horse he ever rode was Alycidon, who in 1949 ran Black Tarquin into the ground in the Ascot Gold Cup and completed the stayers' Triple Crown in the Goodwood and Doncaster Cups. That great champion was owned by Lord Derby, who retained Smith for the last 21 years of his career.

Smith never won the Derby but was an unlucky third on both Swallow Tail, beaten two heads in a controversial finish in 1949, and Alycidon's brother Acropolis in 1955. 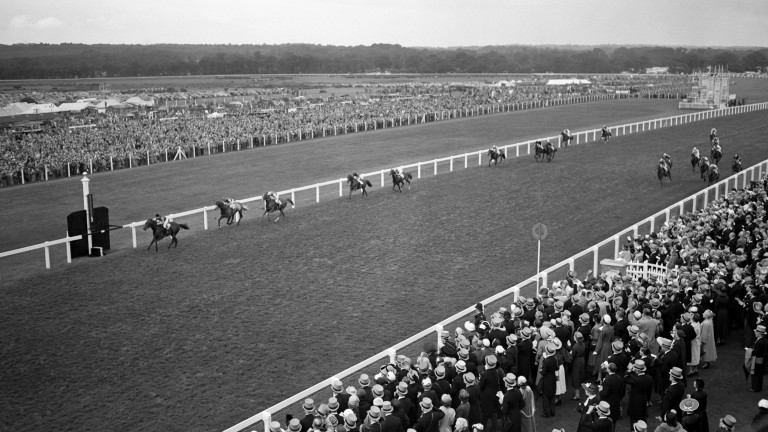 Choir Boy, owned by the Queen and ridden by Doug Smith, wins the 1953 Royal Hunt Cup at Royal Ascot
PA

His other mounts included Nasrullah, Derby runner-up Migoli, Tulyar (in the Ormonde Stakes), Durante and champion two-year-olds Masked Light, Buisson Ardent, Sing Sing, Crocket and Showdown. He had a particularly impressive record in staying races, with seven victories in the Doncaster Cup and six in the Cesarewitch.

He was champion jockey five times in six years (1954-59), with Scobie Breasley interrupting his sequence, and was runner-up eight times, behind Richards on seven of those occasions.

Having retired from the saddle in 1967, he made a splendid start as a trainer. He won the Oaks with Sleeping Partner in 1969, but heavy drinking caused his long-term decline and he gave up training in 1979.

His alcoholism finally got the better of him in April 1989, and he committed suicide by drowning himself in the swimming pool at his home in Newmarket. He was 71.

In contrast to some more celebrated champions, the dependable Doug Smith was modest and unspectacular, but no jockey with his record can be regarded as anything but great.