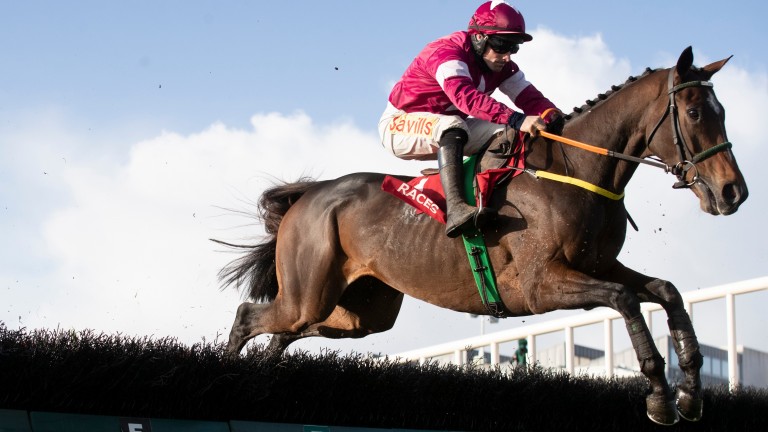 Beacon Edge: got the better of Fury Road in the dying strides at Navan
Patrick McCann (racingpost.com/photos)
1 of 1
By David Jennings UPDATED 6:42PM, FEB 21 2021

Disappointed but not completely disillusioned. That was the reaction of Gordon Elliott after dual Grand National hero Tiger Roll trailed home last of the six finishers behind Beacon Edge in the Ladbrokes Ireland Boyne Hurdle at Navan on Sunday.

There was no mention of the Grand National from Elliott afterwards – William Hill have pushed him all the way out to 25-1 for that – but the good news for his legions of fans is that the Glenfarclas Cross Country Chase remains very much part of the plan. You have certainly not seen the last of him.

Elliott said: "It's still all systems go for Cheltenham. Keith [Donoghue] said he travelled well to the third-last but it was horrible ground and he just got tired. Of course I would have liked him to run better, but Keith said he hated the ground."

Fury Road will not be travelling over to Cheltenham for the Stayers' Hurdle and will instead wait for a Grade 2 at Fairyhouse's Easter festival.

Beacon Edge could turn up in the Cotswolds next month or will wait for the Aintree Hurdle otherwise.

Winning trainer Noel Meade said: "Beacon Edge had colic at Christmas and spent nearly a week in Kildare [veterinary clinic]. He just wasn't himself in Naas last time, but he's a fair horse. I wondered about him getting the trip beforehand but he definitely stays."

He added: "He's a very nice horse. Michael [O'Leary] had it in his head that he'd go to Aintree for the two-and-a-half-mile race but he's in the Stayers' and he could go there. We have Diol Ker as well and we'll have to see what turns up in it.

"He was meant to go over fences this year but when we thought about what was coming out over fences we said we might as well stay where we are and keep him over hurdles. It looks like we got it right at the minute anyway. That was a nice prize today and a nice race to win at my local track."

Jack Kennedy dictated the fractions on Fury Road, but Beacon Edge took aim after the last and got up close home to score by a neck at 15-8 under a well-judged ride from Sean Flanagan. 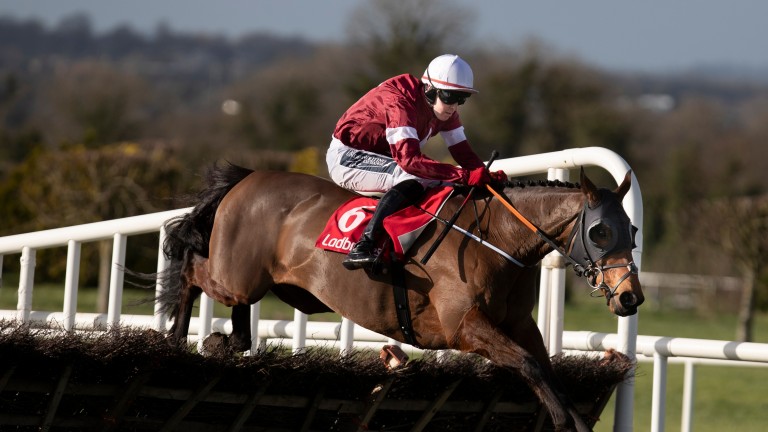 Tiger Roll: won the Boyne Hurdle in 2019 but was well beaten this time around
Patrick McCann

Tiger Roll, who has sported blinkers since winning this Grade 2 in 2019, wore cheekpieces for his first start since being pulled up at Cheltenham in November and Donoghue accepted the situation from early in the home straight.

While ultimately disappointing, it is worth noting the 11-1 chance hit a low of less than 11-2 on the exchanges in-running as he raced with his usual enthusiasm for a long way.

Beacon Edge was halved in price from 40-1 to 20-1 for the Paddy Power Stayers' Hurdle with the sponsors.

Tiger Roll will now head back to Cheltenham with form figures of 6P6 since chasing home Easysland in the Glenfarclas Cross Country Chase 12 months ago. He is as big as 9-1 with Unibet and Sky Bet to win that race for a third time.