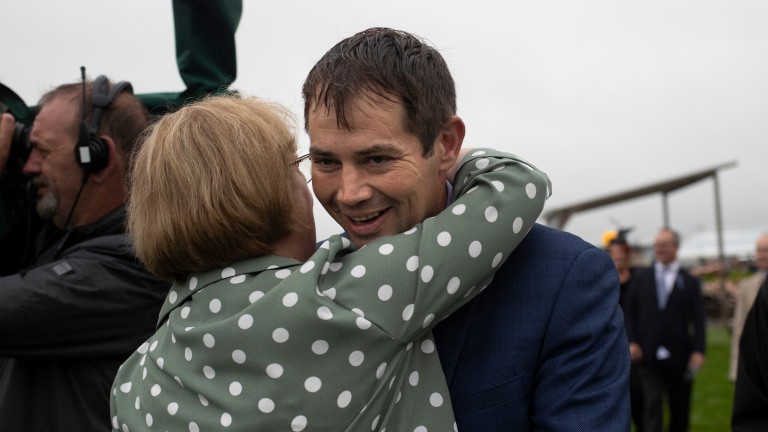 Matthew Smith has made a habit of transforming the fortunes of bargain buys and is predicting there will be another big payday in store for Ronald Pump in Sunday's Bar One-sponsored Grade 1 Hatton's Grace Hurdle at Fairyhouse.

Widely regarded as one of the shrewdest young operators in Ireland, Smith secured Ronald Pump for €1,000 as an unraced three-year-old back in 2016, with the chestnut rewarding that eye and pocket to the tune of £68,900 when finishing second in the Stayers' Hurdle at Cheltenham last season. 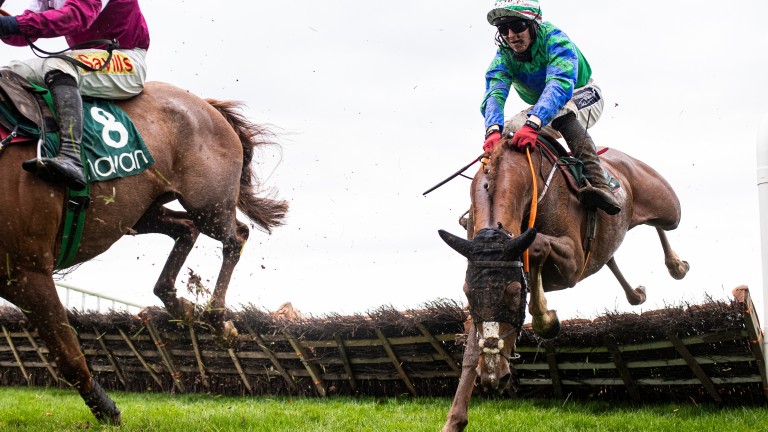 Ronald Pump: fell when in contention at Navan
Patrick McCann

His reappearance run did not go to plan after he fell when still in with a chance in the Lismullen Hurdle at Navan, but Ronald Pump is reported to be in rude health by Smith ahead of a potential tussle with unbeaten mare Honeysuckle on Sunday.

"Keith [Donoghue] hadn't completely gone for our lad when he fell at Navan," Smith said. "He was upsides Sire Du Berlais at the time and one thing we do know is our lad would have kept finding and finding.

"But the main thing is that he came out of the race 100 per cent and his schooling has been brilliant since his fall. Sire Du Berlais is obviously a very good horse, and so is Honeysuckle, but we're very happy with our lad going to Fairyhouse."

Ronald Pump began last season with a beginners' chase victory at Fairyhouse before following that up by running second in the Grade 1 Drinmore Novice Chase on this weekend's card 12 months ago. 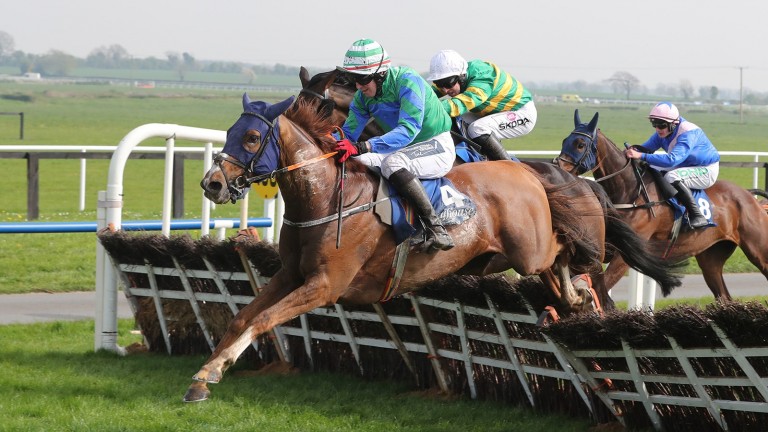 However, back issues following the Drinmore forced Smith to reroute his stable star to hurdles, and that decision almost paid off in spades when the seven-year-old came within two lengths of Lisnagar Oscar in the Stayers' Hurdle at Cheltenham.

Smith explained: "He's definitely entitled to take his chance in those Grade 1s and he ran a cracker in the Stayers' Hurdle at Cheltenham last year. He had a small bit of back trouble last season which is why we went over hurdles with him. His jumping was deadly when he won his beginners' chase but he was a bit sore after the Drinmore. Even at Cheltenham his jumping let him down a bit, but like I said, his schooling is going well at the moment."

He added: "We're very hopeful of a big run on Sunday but I suppose his best trip is three miles and we probably won't see the best of him until Christmas. There is no three mile race for him until Leopardstown at Christmas and, all being well, that's where he'll go after Sunday. To have one like him is great."

Smith also provided an upbeat bulletin on One Cool Poet, the horse who won three times in a week at the 2019 Galway summer festival before landing a premier handicap on Irish Champions Weekend, a training feat that earned wide recognition at the time. 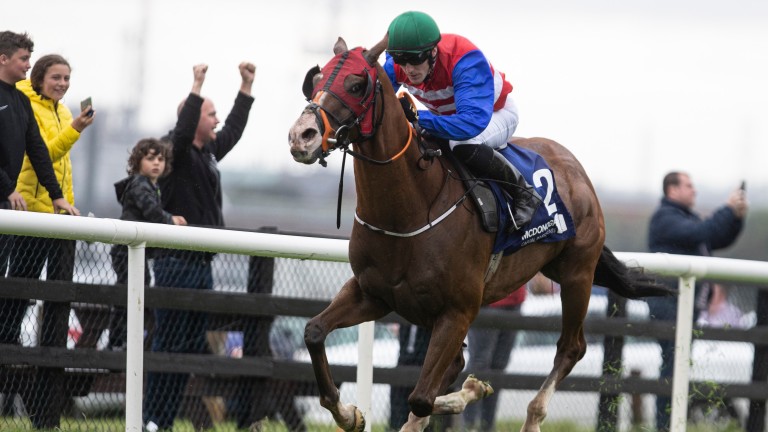 One Cool Poet: will return at Dundalk next month
Patrick McCann (racingpost.com/photos)

One Cool Poet has been off the track for over a year but, according to Smith, is nearly ready to start back at Dundalk in the next couple of weeks.

He said: "All being well, One Cool Poet will run at Dundalk soon. He has run a couple of times up there before and done well there so I think the surface will be fine with him. He's been in a while and is ready to start back."

Smith added: "He's rated 100 on the Flat and 102 over hurdles so you'd be hopeful there will be a bit of fun to be had with him next spring over jumps. I don’t think he’d handle deep winter ground which is why we’ll keep him to Dundalk for now."

'Ten out of ten': flawless Shishkin cut for Arkle after superb chasing debut

FIRST PUBLISHED 9:30AM, NOV 25 2020
He's definitely entitled to take his chance in those Grade 1s and he ran a cracker in the Stayers' Hurdle at Cheltenham last year