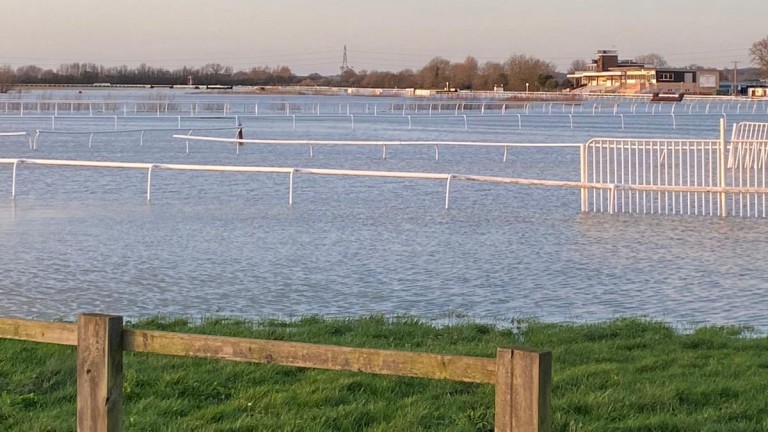 Huntingdon's meeting on Thursday is already in serious doubt due to flooding, as a spate of tracks call inspections
Lawrie Kelsey
1 of 1
By Matt Rennie UPDATED 7:39AM, FEB 8 2021

Plumpton, Market Rasen and Huntingdon have become the latest tracks to call inspections for their meetings next week as Storm Darcy is set to cause havoc with fixtures across the country.

Plumpton was "raceable" on Sunday morning according to officials ahead of Monday's fixture, but significant frost and snowfall on Sunday night could leave the course frozen and waterlogged on raceday morning, with the ground already described as heavy.

With temperatures set to dip as low as -2C overnight, officials at the track will assess whether the meeting can go ahead at 8am on raceday.

Clerk of the course Mark Cornford said: "The snow has intensified, it had been sleet and very wet before but now it's becoming more snow, but nothing is laying. We have no frost in the ground either yet.

"It is raceable currently but is very wet, heavy ground. However, what's falling now is not helping us and is adding to the potential to tip us over the balance. There's also the threat of a -2C frost overnight and if it was to get into the ground with tomorrow's predicted temperatures, I'm almost certain it wouldn't clear.

"We should be able to make a decision early tomorrow morning one way or the other, but the forecast is not very encouraging." 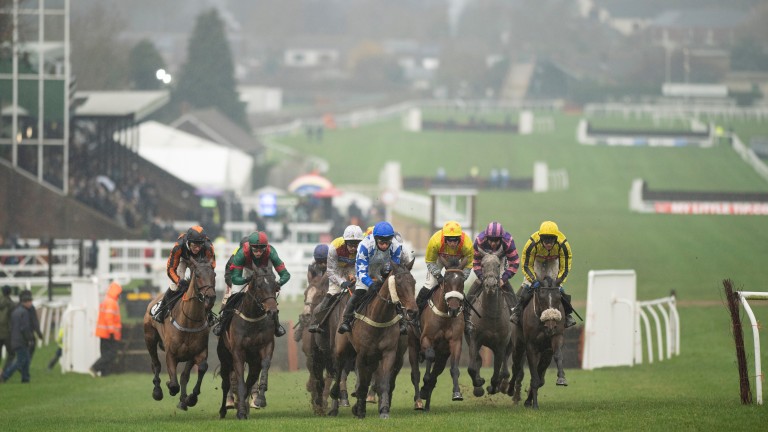 Plumpton: must pass an 8am inspection on raceday
Edward Whitaker

Another band of poor weather has already caused major disruption to meetings across Britain and Ireland, with Fontwell's fixture on Wednesday already cancelled due to waterlogging.

Fairyhouse is due to race on Monday, with the card featuring the rescheduled Grade 3 Solerina Mares Novice Hurdle, and also on Wednesday, and officials will inspect for both fixtures at 7.30am on Monday with wintry showers forecast.

Carlisle's meeting on Monday passed an inspection on Saturday morning, but officials have scheduled another check at 8am on raceday with frost forecast.

Taunton's meeting on Tuesday is also subject to an inspection at midday on Monday due to the threat of significant overnight frosts before raceday, with the ground described as heavy.

'Big hurdle to overcome' – Huntingdon in doubt once again

Market Rasen has also called a midday inspection on Monday ahead of their Tuesday fixture, with the track already set to stage an all-hurdle card with the chase course unraceable.

Huntingdon's meeting on Thursday, which is due to feature the Sidney Banks Novices' Hurdle that was won last year by Shishkin, is already in serious doubt as the Alconbury Brook that runs beside the course has burst its banks again.

Officials will assess conditions at 4pm on Monday, with the home straight at the Cambridgeshire track currently flooded and further snow and freezing temperatures forecast. 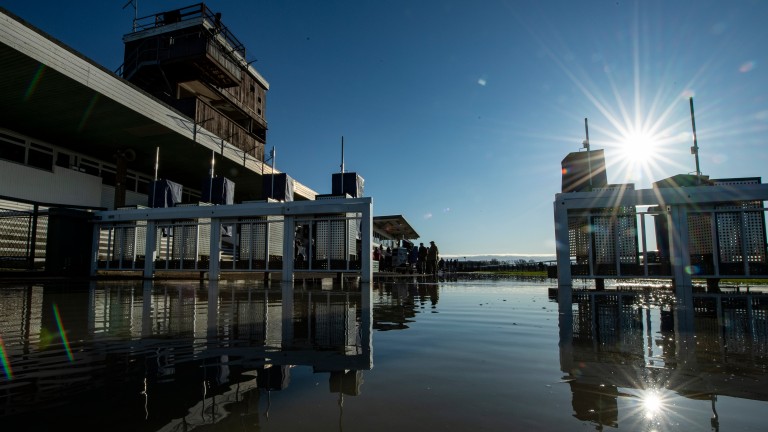 Jack Pryor, clerk of the course at Market Rasen and Huntingdon, said: "We've called an inspection for Market Rasen on the basis of snow and frost, we're perfectly raceable today, however there is an element of concern should the forecast snow settle. We'll see where we are at then.

"Unfortunately the brook did burst its banks at Huntingdon this morning and the home straight is currently underwater, therefore its not currently raceable.

"I expect the floodwater to recede but it's if the track can dry sufficiently to be fit for racing. We've got a bit more time, but there's a big hurdle to overcome for that meeting compared to Market Rasen."

Huntingdon has yet to stage a meeting in 2021, with both fixtures cancelled due to the flooding as a result of the brook bursting its banks.

Carlisle
Heavy
Outlook: Inspection on Saturday passed but another called for 8am on Monday with frosts forecast on Sunday night

Fairyhouse
Heavy
Outlook: Inspection at 7.30am on Monday due to an unsettled forecast

Plumpton
Heavy
Frost sheets deployed on takeoffs, landings and vulnerable areas
Outlook: Inspection at 8am on Monday. Temperatures dropping to a max of 2C on Sunday with possibility of snow

Fairyhouse
Heavy
Outlook: Inspection at 7.30am on Monday due to an unsettled forecast

Fontwell
Cancelled due to waterlogging

Doncaster
Heavy, soft in places
Outlook: 18mm of rainfall and snow since last meeting. Current forecasts have accumulations of snow being possible from Sunday and freezing temperatures

Read more from the action on Saturday:

FIRST PUBLISHED 1:33PM, FEB 7 2021
We should be able to make a decision early tomorrow morning one way or the other, but the forecast is not very encouraging