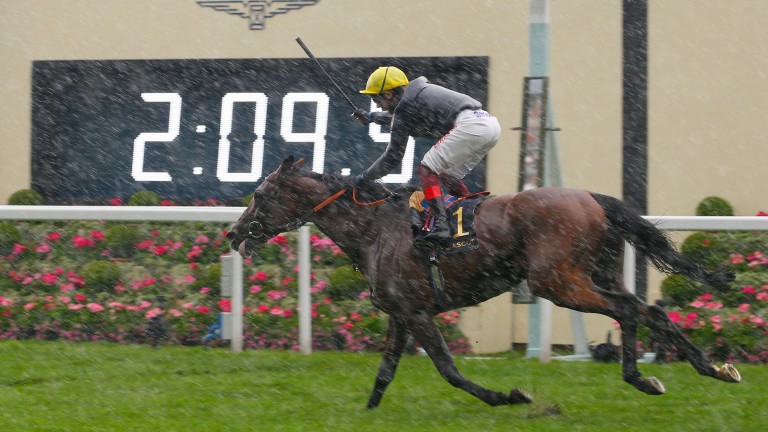 Crystal Ocean won the Prince of Wales's Stakes at Royal Ascot in June
Mark Cranham (racingpost.com/photos)
1 of 1
By David Milnes UPDATED 8:19AM, SEP 13 2019

Crystal Ocean's racing career is over after the five-year-old sustained a leg injury during routine exercise in Newmarket on Thursday morning.

Sir Michael Stoute's stable star, who won the Prince of Wales's Stakes at Royal Ascot this season, was pulled up and dismounted halfway up the Warren Hill Polytrack canter, put into a horse ambulance under the supervision of vets Baker McVeigh and later underwent surgery.

Peter Stanley, spokesman for owner-breeder Sir Evelyn de Rothschild, said on Thursday: "Crystal Ocean has had two screws inserted in a hind cannon bone and has come through the surgery successfully. It should in no way affect his future stud career."

Favourite for next month's Qipco Champion Stakes at Ascot and a general 7-1 chance for the Prix de l'Arc de Triomphe, Crystal Ocean had a glittering career for the Freemason Lodge and Beech Hurst team over the past four seasons, winning eight of his 17 races and more than £2 million in prize-money.

He appeared better than ever this year and was named the world's best racehorse after landing his first Group 1 at Royal Ascot in June.

The following month he failed by just a neck to give 3lb to Enable, now ranked the world's best horse, in a memorable battle up the straight in the Group 1 King George VI and Queen Elizabeth Stakes at Ascot. 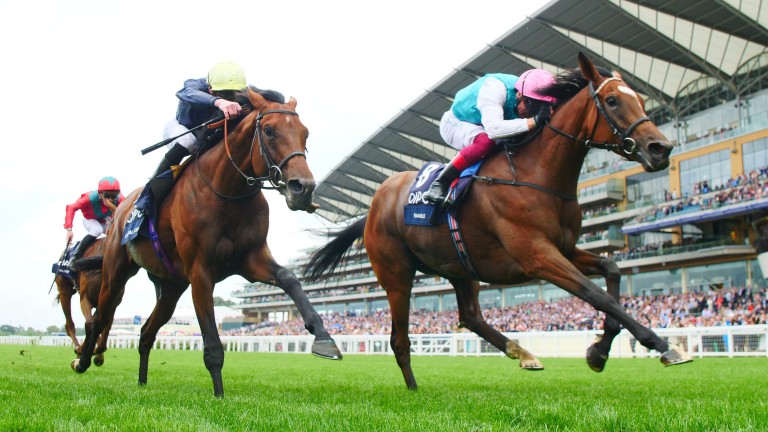 It was a similar tale at York last month when the son of Sea The Stars again went down fighting when beaten a head by Japan in the Group 1 Juddmonte International.

FIRST PUBLISHED 5:16PM, SEP 12 2019
Crystal Ocean has had two screws inserted in a hind cannon bone and has come through the surgery successfully

'We love you Hollie' screamed a racegoer - and Goodwood Cup day needed her One trainer, one jockey, one horse and one race to watch on Saturday 'The more rain the better for Trueshan' - trainer quotes on the Group 1 Frankie and Stradivarius aim to play familiar tune for returning faithful Mark Crehan gets backing of Stoute and Dettori following 28-day Doncaster ban