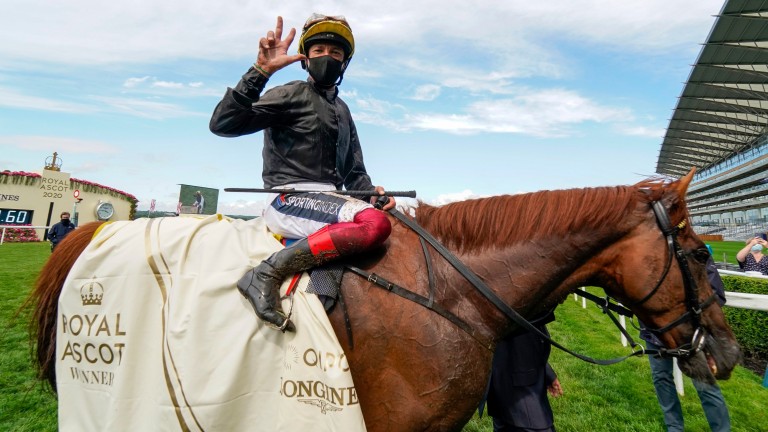 Three-time Ascot Gold Cup winner Stradivarius will kickstart his bid to emulate the mighty Yeats and bag a fourth successive stayers' crown when he starts his season at the Berkshire track next week.

The seven-year-old is set to run in the Group 3 Longines Sagaro Stakes on April 28, his first appearance in the 2m contest won by subsequent Gold Cup winners Colour Vision and Estimate in 2012 and 2013. Despite the delayed start to the Flat season last year, the Sagaro was saved and staged on the all-weather at Newcastle, although the Stradivarius camp opted to stay closer to home to run in the rearranged Coronation Cup at Newmarket.

Stradivarius ran over a mile and a half on three of his six appearances in 2020, a campaign highlighted by a ten-length victory to give him a third Gold Cup, and a fourth triumph in the Goodwood Cup. 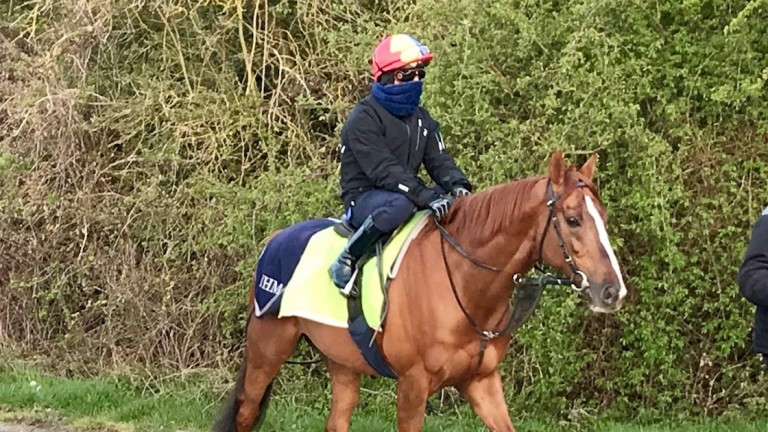 Frankie Dettori and Stradivarius head to the Limekilns

After that, the Bjorn Nielsen-owned chestnut finished second in the Group 2 Prix Foy and seventh in the Prix de l'Arc de Triomphe, before disappointing on unsuitably soft ground in the Group 2 Long Distance Cup at Ascot in October.

John Gosden, who trains Stradivarius in partnership with his son Thady, said: "We're looking at the Sagaro Stakes at Ascot on April 28 for Stradivarius. We didn't fancy taking him all the way up to Newcastle for the race last year so he was forced to run in the Coronation Cup. He ran well to finish third that day considering he was taking on Ghaiyyath and Anthony Van Dyck."

He added: "He has wintered well and Frankie [Dettori] was happy with him when he rode him in work last week. The idea is to try to go back to Ascot for the Gold Cup, which is shaping up to be a very good race this year."

More immediately, Palace Pier is to reappear earlier than first planned for the Gosdens in the Group 2 bet365 Mile at Sandown on Friday.

The son of Kingman began his three-year-old campaign in handicap company at Newcastle before progressing to land back-to-back Group 1 wins in the St James's Palace Stakes at Royal Ascot and Prix Jacques le Marois at Deauville last summer.

Palace Pier, who escapes a penalty for Friday's contest, ran well in defeat when losing his unbeaten record in the Group 1 QEII Stakes at Ascot in October, when he finished third behind The Revenant. 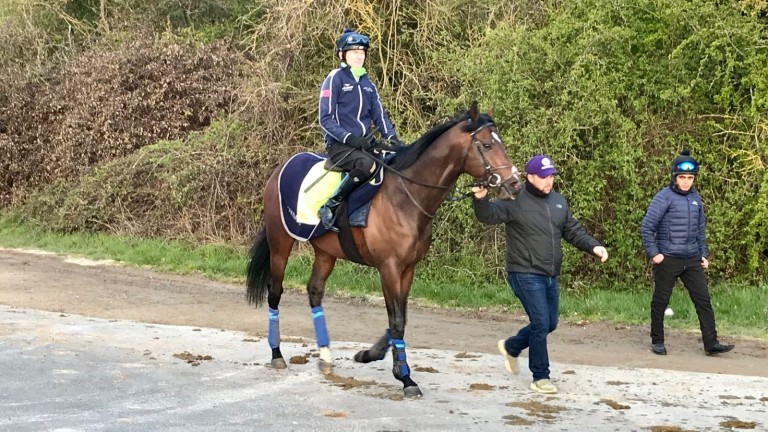 Palace Pier and Robert Havlin on their way to the gallops

Gosden added: "We were thinking of going straight to the Lockinge with Palace Pier, but he's been so fresh in himself that we're running him at Sandown first. It looks a nice place to get him started."

The Clarehaven team have had a great start to the domestic season but have been even more productive overseas, with Mishriff winning the $20 million Saudi Cup and $6m Sheema Classic, and Lord North landing the $5m Dubai Turf.

Gosden added: "Both horses have done very well and are now having breaks until the summer. The plan for Mishriff is to drop him back to a mile and a quarter for the Group 1 Eclipse Stakes at Sandown in July, while Lord North will be heading for the Group 1 Prince of Wales's Stakes at Royal Ascot which he won last year."

Please run him, Aidan. Don't remind me why I gave up ante-post betting (Members' Club)

FIRST PUBLISHED 8:00AM, APR 20 2021
The idea is to try to go back to Ascot for the Gold Cup, which is shaping up to be a very good race this year

Four things we learned on the fifth and final day at Royal Ascot Who would come out on top if Subjectivist and Stradivarius met again? It's four for Mark Johnston - not Stradivarius - as Subjectivist strikes gold 'I'm getting on, so I enjoy them a bit more now' - dream come true for Havlin Ascot collector's item as Dettori's flying dismount outshone by tearful groom Frankie Dettori records 75th Royal Ascot winner with victory on Indie Angel