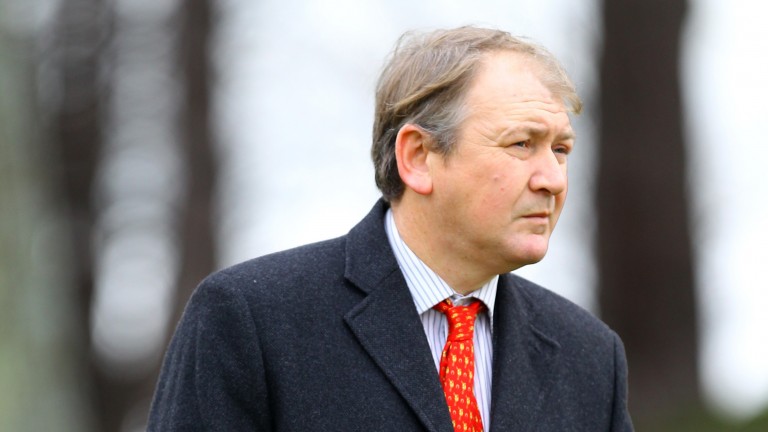 Charles Byrnes has been suspended for six months after Viking Hoard was found to have tested positive for a sedative after being pulled up at Tramore in October 2018. The referrals committee judging the case found that an unknown third party had 'nobbled' the horse, who was also laid to lose almost €35,000 by a mystery punter on Betfair.

Here are the key extracts from the Irish Horseracing Regulatory Board (IHRB) report on the case, revealing how the committee came to its decision and the startling evidence it considered

The report opens with an account of Viking Hoard's run at Tramore on October 18, for which he drifted from 4-1 to 8-1 and ran "conspicuously badly", becoming "rapidly detached from the rest of the field and . . . pulled up before the seventh hurdle". Stewards requested an examination of the horse, and the IHRB veterinary officer took samples and noted the horse had a "slow heart rate".

On October 31, the LGC laboratory reported the sample tested positive for "acepromazine (ACP) and its metabolite". The committee explained ACP is a sedative prohibited on race days and its effect was "graphically illustrated by the poor performance of the gelding in the Tramore race".

One month later, on November 30, Charles Byrnes was notified of the adverse finding during an unannounced inspection by IHRB staff. The yard medicines register did not record any administration of ACP to Viking Hoard, and neither Byrnes nor his son Cathal could explain its presence in the horse's urine.

Following this, an investigation into the positive test and into betting patterns relating to the gelding was commenced by the IHRB.

Dr Lynn Hillyer, head of anti-doping and chief veterinary officer of the IHRB, provided evidence to the hearing which took place on January 7. She noted that the ACP metabolite was found at a level estimated to be 100 times the screening limit, affecting "the performance of the gelding, the integrity of the race and the health, safety and welfare of the animal, the rider, stable staff and other riders and animals in the race".

Summarising her evidence, the report continued: "The evidence showed that Viking Hoard was subject to a dangerous degree of sedation during the race, which was masked until the rider was required to ask the gelding for an early effort in the race. In her opinion, the betting patterns were not coincidental, and Dr Hillyer concluded that the evidence demonstrated that Viking Hoard had been 'nobbled' prior to the race. This conclusion was not challenged. The committee accepted that this inference is correct and fully justified by the evidence."

IHRB deputy head of security Declan Buckley then presented evidence relating to betting patterns. The BHA alerted the IHRB to a sizeable lay bet against Viking Hoard at Tramore, with €34,889 risked to win €3,200, representing half of the total lay market on Betfair, with the committee noting that "this risk/reward ratio demonstrated substantial confidence on the part of the layer".

Buckley then revealed two further lay bets placed on the horse, at Sedgefield in October 2018 and at Galway in July 2018. On the former occasion, €30,279 was risked, representing 71 per cent of the lay market, while on the latter €55,000 was risked, again representing half the total market. 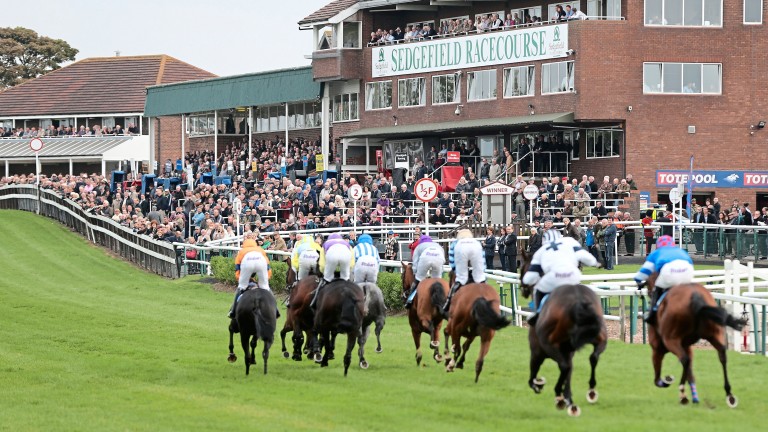 Sedgefield: a lay bet was placed on Viking Hoard when he ran at the Durham track in 2018
John Grossick

These bets, Buckley revealed, were "initially placed with a limited liability company, which placed them in turn with Betfair". The committee was "surprised to hear that such a mechanism is possible, as it could hinder identification of the possible beneficiaries of lay betting".

Finally, Buckley identified an individual connected with the account who was "based in a distant part of the world and was said to be associated with match fixing and associated betting in connection with other sports". There was "no evidence to connect Mr Byrnes with these betting patterns", the report stressed.

The committee then summarised Byrnes's response, which was that he had "nothing to do with the administration of the ACP to Viking Hoard or the various betting activities set out above and has no knowledge of any of these matters". Byrnes said he and his son had left the horse unattended on two occasions totalling 20-25 minutes while at Tramore, and suggested "whoever had administered ACP would have known" horses were regularly, although improperly, left unaccompanied.

The committee stated it was most likely the horse had been given ACP prior to the race, when "under the direct care and control of Mr Byrnes and his son", and that only two explanations for this were reasonably likely: "Firstly, ACP was administered during that time by or with the knowledge of the trainer. Secondly, and in the alternative, ACP was administered during that time by a person with authorised access to the stable yard during a period when the gelding was left unattended."

The committee said it "approached the case on the interpretation of the evidence that was reasonably open and most favourable to Mr Byrnes, that being that Viking Hoard was 'nobbled' by an unidentified third party", but that "his neglect in supervising the gelding" had permitted this to take place. 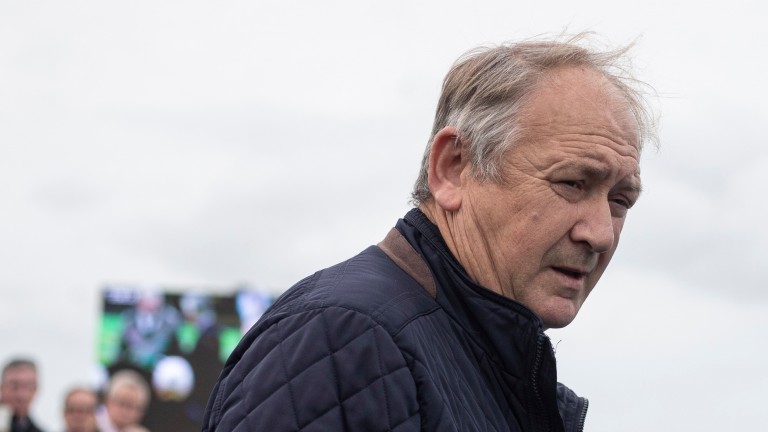 Charles Byrnes: licence has been suspended for six months after Viking Hoard was found to have tested positive for a sedative following a race at Tramore in which he was heavily laid to lose
Patrick McCann (racingpost.com/photos)

In a digression, the committee then addressed "the difficulties of proof that the IHRB faces in cases where there is no direct evidence of who administered a prohibited substance". Citing legal precedent, it noted that "the law is that where serious allegations are made in civil proceedings, the tribunal must apply the standard of proof in a rigorous and exacting manner and require clear and convincing proof before a grave allegation is established as a matter of probability. Suspicion, no matter how strong, is not evidence for this purpose".

Concluding its findings, the committee said it found "that Mr Byrnes was seriously negligent in the supervision of Viking Hoard on the day of the Tramore race". It continued: "The actual and potential consequences of the failure to supervise in this case are disturbing. Firstly, the level of ACP administered to Viking Hoard rendered the gelding a danger to all nearby persons and animals. Fortunately, no actual consequences flowed from this danger. Secondly, it ensured that the winning bets staked on Viking Hoard on the betting exchanges could be opposed with absolute confidence. Any punter who backed Viking Hoard to win in good faith was dishonestly deprived of a fair run for their money."

The committee closed with a summary of the case's profound consequences for racing: "Significant actual damage flowed from the neglect of the trainer. The damage was financial in the case of affected punters, and reputational in the case of the racing industry. This case illustrates the specific and additional challenges and dangers to the integrity of racing posed by the widespread ability to back horses to lose races for significant returns. The desirability of this practice or how it might be better controlled within the available regulatory resources is worthy of further, constant review."

Not fair: Charles Byrnes unhappy at treatment by BHA over British runners

Byrnes: bumper gambles were necessary as training is 'a loss-making business'

FIRST PUBLISHED 6:35PM, JAN 19 2021
The evidence showed that Viking Hoard was subject to a dangerous degree of sedation during the race