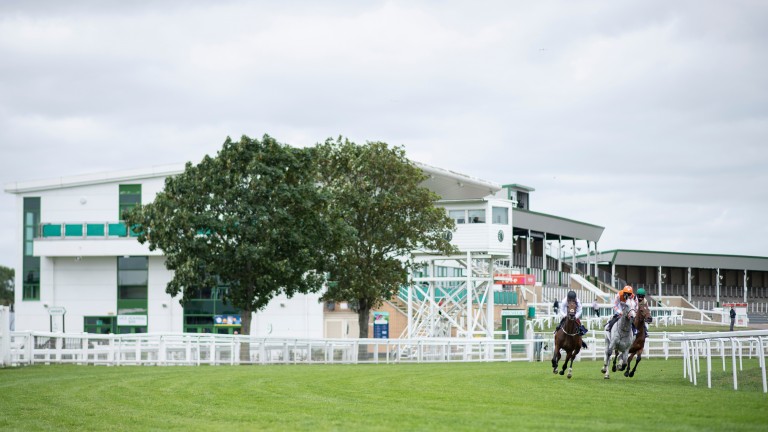 Yarmouth: racing was called off on Monday after a fatal fall in the third race of the day
Edward Whitaker (racingpost.com/photos)
1 of 1
By Bruce Jackson UPDATED 2:01PM, AUG 4 2020

Racing at Yarmouth was abandoned following a lengthy inspection and stewards' inquiry after a fatal fall inside the final furlong in the third race of the day.

Lord Chapelfield, who was in third when the incident occurred in the 1m2f handicap, fell and rider Gabriele Malune was shot into the turf.

Malune was treated on the ground before being stretchered into an ambulance and taken to the James Paget University Hospital in Gorleston.

He’s alive ! Walks out of hospital abusing us for not leaving his clothes inside nice bang to the head but we all think he needed that @AtTheRaces @RacingPost @GTYarmouthRaces pic.twitter.com/P5gbFzDwsu

He was able to walk out of the hospital less than two hours later with a smile on his face, as fellow Newmarket apprentice Eoin Walsh recorded on Twitter.

The stewards held an inquiry and were out on the course at the scene of the fall, accompanied by clerk of the course Richard Aldous and several jockeys, including Luke Morris, Hayley Turner and PJ McDonald.

McDonald, the jockeys' safety officer, told Sky Sports Racing: "I have had two rides on the track and couldn't find a problem – it rode perfectly fine. But after the incident we discovered a hole on the track and we were not sure if it was because of the fall or if it was there before.

"When we went down to have a look we found more holes and inconsistent ground where the turf was moving. It is not safe to race and we had to do the right thing and call racing off."

Aldous remains hopeful that racing will be able to go ahead as scheduled on Friday.

"We will have to assess the track and take it from there. We have had eight meetings on it and the ground has been no different. We have walked it every day and would have found anything if it was there. 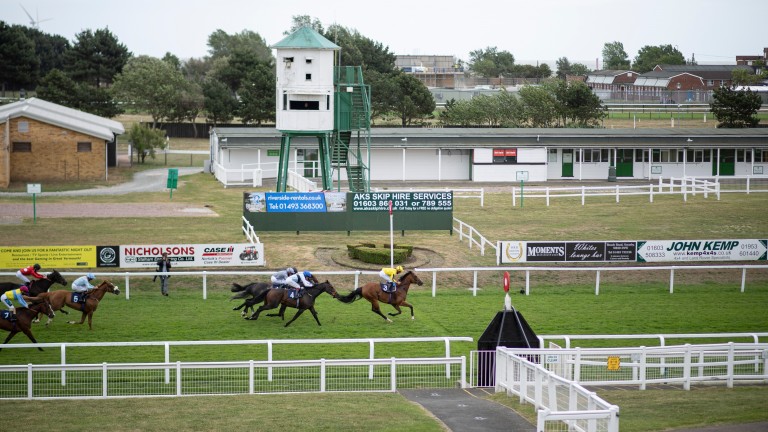 Yarmouth: shut six years ago to level and relay the course after criticism about the surface
Edward Whitaker (racingpost.com/photos)

"The process now will be to have a look again this afternoon and another look tomorrow and hopefully someone will come down [from the BHA] and look with us."

Yarmouth shut six years ago to level and relay the course after criticism from trainers and jockeys about the ridged nature of the surface.

The third day of the big Eastern festival in September 2015 was cancelled after a fall on the second day that brought the card to a premature end.

FIRST PUBLISHED 4:15PM, AUG 3 2020
After the incident we discovered a hole on the track and we were not sure if it was because of the fall or if it was there before

'I'll definitely watch it at home' - inaugural Racing League crowd ready for fun A good idea or a flawed concept? For and against the Racing League Wonderful Tonight given green light for Lillie Langtry with ground to suit 'No-one can cope with that volume of rain' - Sandown's evening card abandoned IRTA chief would welcome pre-race scanning by skilled horse people Racing greats gather together for charity bike ride in memory of Pat Smullen