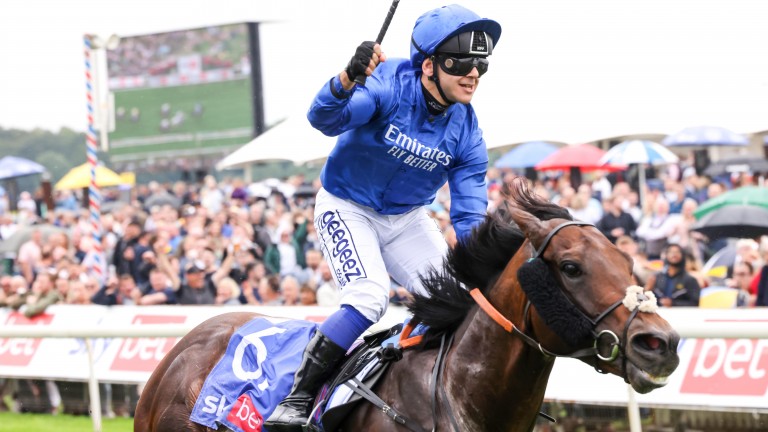 Real World could bid for an ambitious double in the Saudi Cup and Dubai World Cup as his trainer Saeed bin Suroor is keen to once again test the rapid improver's ability on the dirt in the Middle East.

The four-year-old progressed through the ranks on turf this season, winning four times in Britain, including in the Royal Hunt Cup and the Group 2 Prix Daniel Wildenstein on Arc weekend at Longchamp.

His trainer resisted the urge to try his star at the highest level in the Queen Elizabeth II Stakes in favour of a break and will now target a race on the dirt at Meydan in January before a tilt at the $20 million Saudi Cup, which was promoted to a Group 1 earlier this month.

"We've given him a break to prepare him for Dubai. I'd like to give him one dirt race and make a decision on whether we take him to the big race over in Saudi or for the turf race," said Bin Suroor. 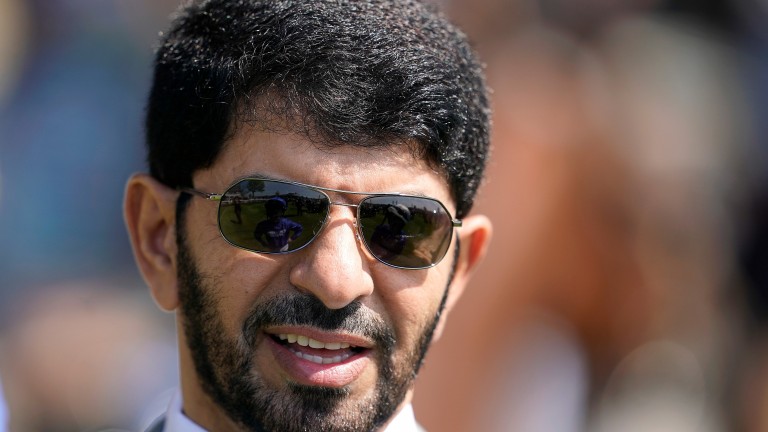 "I want to see how he fares when he's back in January before we make that decision. If he ran well then we'll go, but he's ran seven times this year and needs his break before coming back in January."

Real World is yet to win from four starts on the dirt but Bin Suroor believes he will handle the surface better this year and could even provide him with a record-extending tenth Dubai World Cup victory.

He added: "If he handles the dirt at that level then he could be [a Dubai World Cup horse]. He didn't win on it last year but physically he wasn't ready. He's improved with age and time, which is why I want to run him in one dirt race on the dirt before to prepare him."

The trainer will have a typically strong team for the Dubai Carnival but globetrotter Benbatl will not travel abroad and be given a break.

'We could never have imagined the Saudi Cup's impact'

The Jockey Club of Saudi Arabia (JCSA) announced the prize-money for its two-day Saudi Cup meeting in February would increase to $35.1 million (£22.6m) – making it the world's most valuable fixture.

Prize-money for the Group 3 1351 Turf Sprint and Neom Turf Cup has increased by $500,000 to $1.5m. They are the supporting races for the Saudi Cup, which was granted Group 1 status earlier this year, with the IFHA also promoting Saudi Arabia to a Part II racing nation.

Speaking from King Abdulaziz racecourse in Riyadh, Prince Bandar bin Khalid al Faisal, chairman of the JCSA, said: "We could never have imagined the immediate impact the Saudi Cup would have on the international racing landscape, or indeed our domestic product. 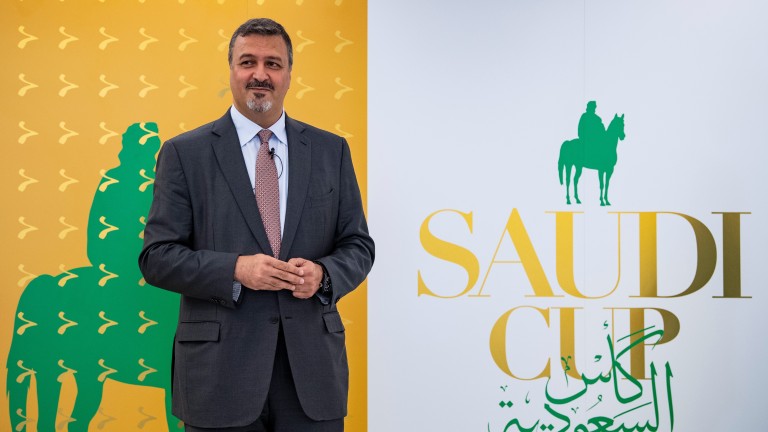 "We continue to focus not only the international aspects of this sport but also understand that building strong foundations upon which a sustainable industry can be built is a vital element to securing the future of this incredible and unique sport for generations to come."

Prince Bandar pointed to a coordinated calendar in the Middle East, which is reflected by the Group 3 Bahrain International Trophy becoming a qualifier for the Group 3 Neom Turf Cup. The Challenge Cup at Hanshin and Pegasus World Cup Turf are also key qualifiers.

FIRST PUBLISHED 4:00PM, OCT 28 2021
He didn't win on it last season but physically he wasn't ready, with age and time he's improved and is physically much better now