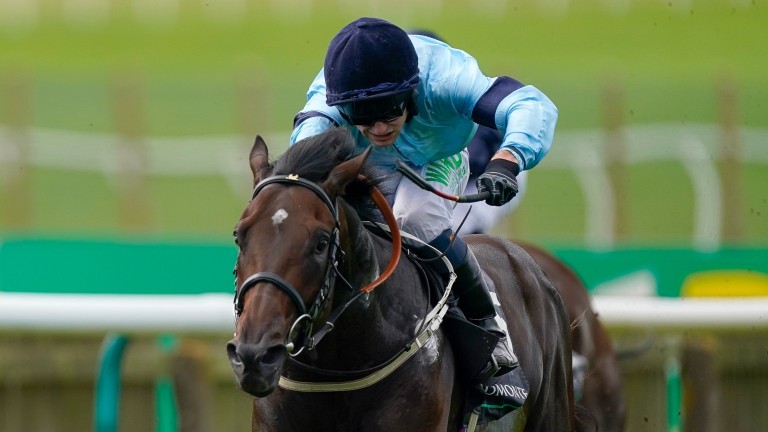 Royal Patronage: the only horse to have beaten Coroebus
Alan Crowhurst (Getty Images)
1 of 1
By James Stevens UPDATED 5:51PM, MAY 25 2022

The Highclere Thoroughbred syndicate pulled off a Classic upset with Cachet in the 1,000 Guineas and its 33-1 Cazoo Derby hope Royal Patronage could also be well overlooked in the betting, according to racing manager Harry Herbert.

The son of Wootton Bassett will be the syndicate's sole hope in giving Highclere a Derby breakthrough a week on Saturday. Lysander is also entered but he is heading to Royal Ascot for a likely tilt at the King Edward VII Stakes.

Housemaster came close to giving the syndicate Derby glory when fourth in 1999, and as Highclere celebrates its 30th anniversary in 2022 the aptly named Royal Patronage is well fancied to continue a landmark year on the racecourse. He finished three and a quarter lengths behind Derby favourite Desert Crown in the Dante Stakes last time and is one of only two course winners in the race.

The Mark and Charlie Johnston-trained colt remains the only horse to have beaten this season's 2,000 Guineas winner Coroebus, when rallying late to land the Group 2 Royal Lodge Stakes by a neck in September.

Herbert said: "He's a big price but he ran very well against the Derby favourite the other day and he's 2-1 and we're 33-1. Our horse is experienced around there too and anything can happen in the Derby. I think he'll improve for the step up in trip.

"I spoke to Charlie [Johnston] and he's happy with Royal Patronage. He's all set for Epsom and we've got a very excited team of 20 owners. He's there on merit and it's a great thrill to have him lining up in our 30th year. He's got a great name for this particular year and it's the race of all races as far as I'm concerned."

Lysander is as short as 25-1 for the Derby with Coral following an encouraging third behind Lionel in the Cocked Hat Stakes at Goodwood last week, but Herbert said: "He'll go to Royal Ascot, probably for the King Edward. We'll look at the Hampton Court but I'd say the other race is more likely.

"He's a lovely horse – he ran a hell of a race the other day and that's not his ideal ground at this stage of his career."

Charlie Appleby said on Wednesday morning that a decision would be made by Friday morning on whether Nations Pride would be supplemented for the Derby. The Teofilo colt was subject to big praise from the trainer earlier in the week and he is now as short as 7-1.

The Godolphin trainer said: "Nations Pride has impressed in his work at Moulton Paddocks this morning with William Buick on board. A decision will be made in the next 48 hours whether he will be supplemented for the Derby."

Is Desert Crown the Derby winner in waiting? We assess the Epsom favourite 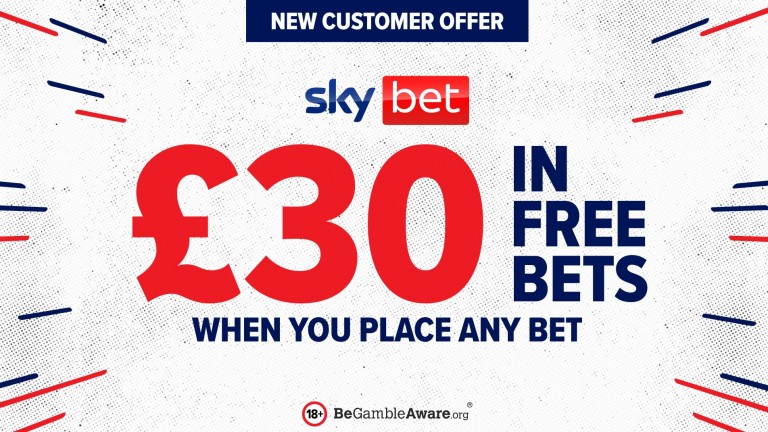 FIRST PUBLISHED 10:06AM, MAY 25 2022
Our horse is experienced around there too and anything can happen in the Derby. I think he'll improve for the step up in trip

The Godolphin-Coolmore rivalry condensed into the most epic final-furlong battle Is Austrian Theory the answer for Mark Johnston or is it a Goodwood warm-up? Can last year's UAE Derby winner Rebel's Romance return to his best on turf? Royal Patronage to continue career in US after Belmont swansong for Johnstons Forgive this treachery - but Royal Ascot is now more fun than Cheltenham Royal Ascot close to flawless - and it will thrive even without its main draw