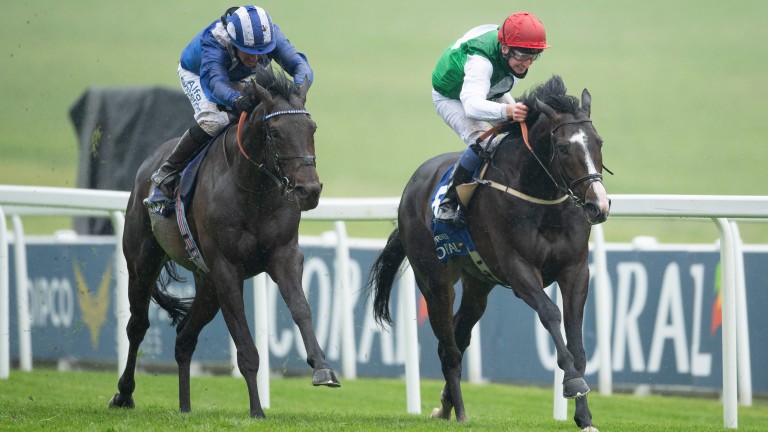 Pyledriver (right): set for a showdown with Adayar next in the King George
Edward Whitaker (racingpost.com/photos)
1 of 1
By Sam Hendry UPDATED 11:22AM, JUN 9 2021

William Muir says Pyledriver has earned his chance to contest the top middle-distance races in Europe as he revealed the Coronation Cup winner was “90 per cent” likely to miss the Hardwicke Stakes at Royal Ascot in favour of meeting Cazoo Derby hero Adayar in the King George VI and Queen Elizabeth Qipco Stakes.

In the aftermath of last Friday’s neck triumph over Al Aasy, a first at Group 1 level for Muir and Chris Grassick, the trainer had seemed keen to go to the royal meeting, with Pyledriver as short as 4-1 for the Group 2 Hardwicke.

However, after evaluating Friday's race and assessing Pyledriver's condition since his return home, Muir now believes it highly unlikely his stable star will be seen in June and that the four-year-old will instead be saved for a mouthwatering clash with Adayar on July 24, and the Qatar Prix de l’Arc de Triomphe firmly in sight later in the year.

Muir said: “He’s 90 per cent not going to run in the Hardwicke unless he starts knocking my door down doing something spectacular saying, ‘You’ve got to run me’. Unless that happens, I think it’s very unlikely he’ll run and he’ll go straight to the King George." 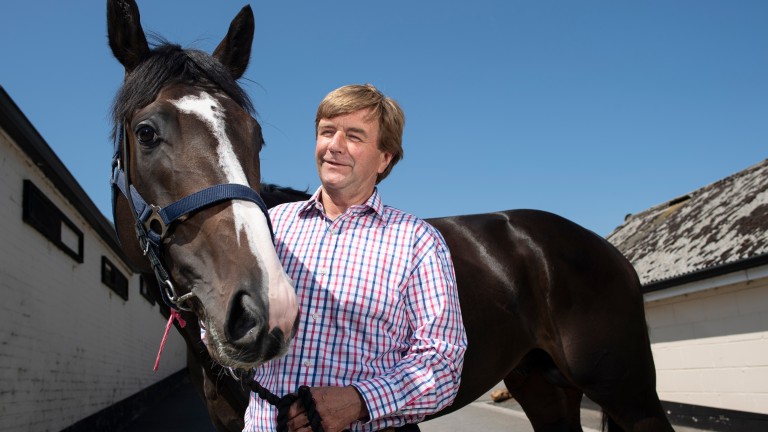 William Muir on future plans for Pyledriver: "The Arc is definitely on the agenda"
Edward Whitaker (racingpost.com/photos)

Muir cited lessons learned from last season when Pyledriver ran a below-par seventh in the Champion Stakes in what was his sixth run of the campaign, just a month after his placed effort in the St Leger.

"When I came home on Friday night and sat down with my wife to watch the Coronation Cup, I actually thought it was a war," he said.

"It was a real tear-up, so my thoughts were that two weeks may be too quick a turnaround. So, why not wait seven and go to the King George?

"Our plan is to go the whole way through the season, not just have two races and that’s it. I don’t want punters to back him [for Royal Ascot] because he probably won’t be running."

After winning a maiden Group 1 30 years after sending out his first runners, Muir is now eager for a second before potentially taking on the greatest challenge of them all at Longchamp in October.

He said: "The Arc is definitely on the agenda. If we thought we were going to struggle in these Group 1 races we could have gone a different route, with the Canadian International, which is a great race in its own right and has great prize-money, or maybe a Group 1 in Germany.

"But we’ve done it in England now in one of the most prestigious races in the calendar, so we’ve got a ticket to go to the biggest races."

FIRST PUBLISHED 11:08AM, JUN 9 2021
We've done it in England now in one of the most prestigious races in the calendar, so we've got a ticket to go to the biggest races

'These horses don't come around often' - Derby hero Adayar emulates Galileo Dreamloper bounces back to record emotional Valiant success Pyledriver '100 per cent sound' and on course for Juddmonte at York ITV Racing tips: one key runner from each of the seven races on ITV on Saturday Are we looking at a Group 1 horse in a handicap? International Stakes insight Smaller crowd than usual but over 14,000 expected at Ascot for King George day