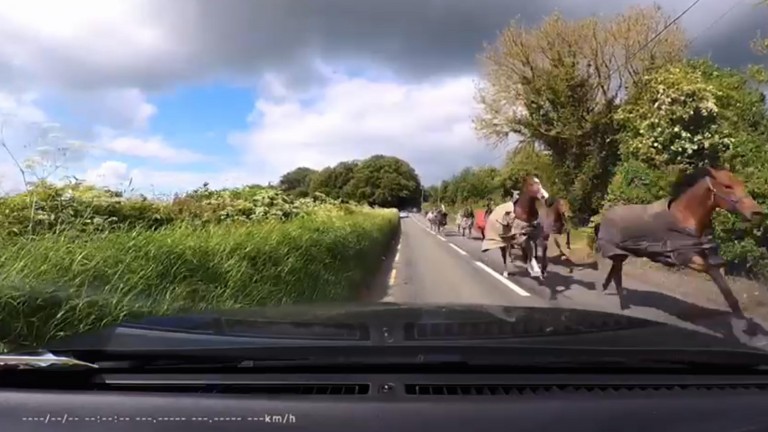 A number of racehorses broke loose from a field at James McAuley's yard on Tuesday
1 of 1
By Mark Boylan UPDATED 7:30PM, MAY 25 2022

Trainer James McAuley has been left distraught after a "nightmare" ordeal in which 17 of his horses broke loose from a field on Tuesday and galloped furiously on to the road against oncoming cars for up to eight kilometres.

All 17 were brought back to McAuley's yard in Naul, County Dublin, but two were put down on humane grounds after suffering injuries during the harrowing experience.

In startling dashcam footage seen by the Racing Post, as many as 16 horses are sighted galloping at a significant speed on the opposite side of the road to the vehicle where the video was recorded.

All were wearing rugs having been turned out in the paddock after morning exercise, and the first two horses are seen running side by side, with the remainder mostly in single file. 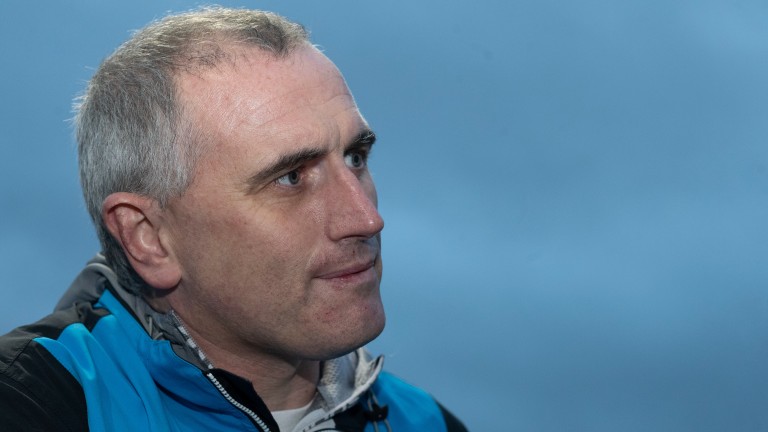 McAuley told the Racing Post that his horses did not collide with anyone or damage any cars in the process of their escape from the field.

The incident came as a huge shock to the trainer as he had been racing at Gowran Park on Tuesday, saddling Mischief Star to win the opening claiming race.

McAuley said: "It was a nightmare and I have no idea why it happened. Horses always go out to the field here and we always pride ourselves on being able to let them out.

"The same horses have always gone out before but something set them off, we don't know what. They broke through a gate out on to the road and after that it was a bit of a disaster.

"We had 17 horses get loose and 17 came back, but we had to put the two to sleep on humane grounds. There was no damage to cars or anything. How there wasn't I have no idea." 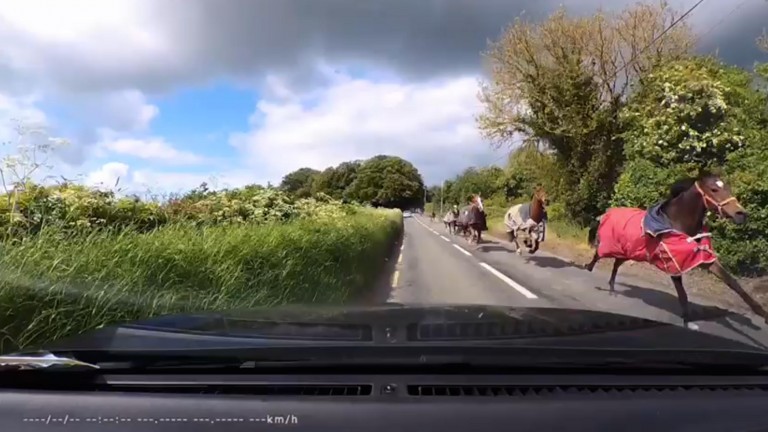 Dashcam footage shows the horses running at pace down a road

McAuley added: "I left Gowran Park yesterday worried about what state they'd be in, but when I saw the video you were worried about things aside from horses too.

"I think some got at least seven or eight kilometres away. How they went that far at that speed without connecting with anybody, I can't understand it.

"They were going an unbelievable speed, just fresh and running with the herd. They split into two groups. If there were two or three they might have steadied themselves up but they just started running together.

"All 17 horses had been ridden out and were quiet as normal. We headed off to the races and the staff rang to say that they'd forced the gate."

As well as losing two of his horses – recent Leopardstown runner-up Godhead and Da Vinci, who had yet to run for the stable since being bought out of Mark Johnston's yard – most of McAuley's immediate running plans have had to be put on hold as he gives time for the horses involved to recuperate. 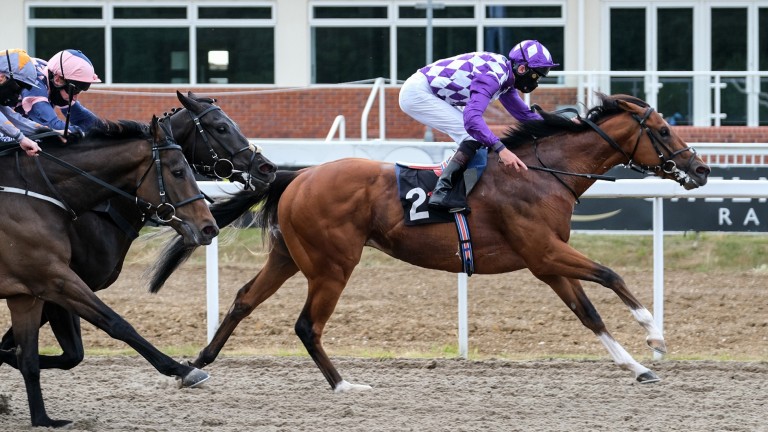 However, the trainer is relieved that the ordeal did not cause more significant damage.

"In 20 years we have never had an issue with a horse on the road. Something must have set them off and that's the result of it."

He added: "The other horses have sore feet but otherwise it's generally nicks and cuts. They ate their food last night and today.

"I'll only be running fillies for the rest of the month because I'm going to have to give time to these geldings. It'll put us back on our heels because we were just starting to have our horses run well."

FIRST PUBLISHED 7:23PM, MAY 25 2022
I think some got at least seven or eight kilometres away. How they went that far at that speed without connecting with anybody, I can't understand it