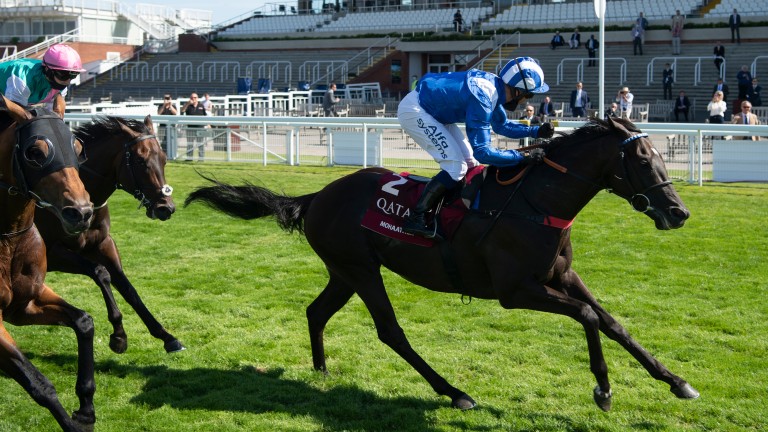 Sizzling Sussex Stakes scorer Mohaather could be heading to France for his next outing, although it is unlikely to be for next Sunday's Prix Jacques le Marois at Deauville, Marcus Tregoning has revealed.

Mohaather is a 7-1 chance for that Group 1 after roaring home at Goodwood to secure his maiden top-level success and Tregoning's first for 14 years, but the trainer is keen to avoid running his stable star again too soon.

Tregoning is considering the Prix du Moulin in September for the son of Showcasing's next crack at Group 1 glory, before running in the Queen Elizabeth II Stakes on British Champions Day at Ascot.

He said: "We're extremely happy with him. I think it's most unlikely that Mohaather runs at Deauville next week but the other possible race he could run in is the Prix du Moulin at Longchamp.

"We know where he's going eventually, which is the QEII, and it's just whether he has a race in between. At this stage I'm not sure and we haven't decided yet." 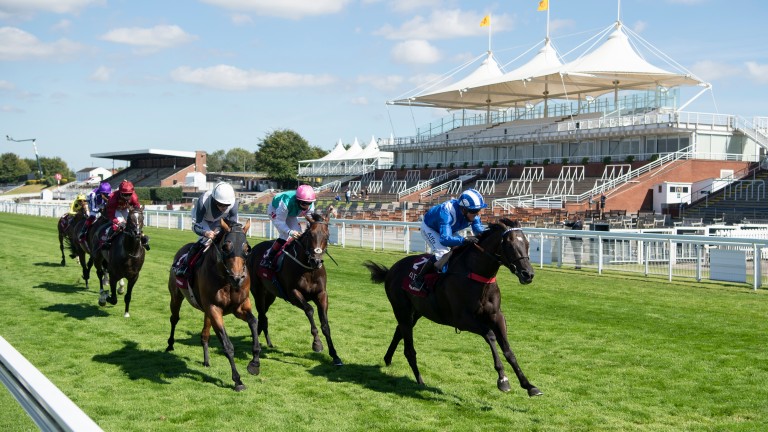 Despite having only eight races under his belt, Mohaather is a four-year-old colt, and although no plans have been confirmed Tregoning would be keen to keep his stable star in training next year.

He said: "We wouldn't say no [to keeping him in training] at this stage as he's very lightly raced and I'm sure he's very capable of winning lots of Group 1s. We're having a very good year with him when things go right.

"He's a very good horse and his ratings show that, so I think we'll decide on his future a bit later on and Sheikh Hamdan will say what he wants to do."

Unlike Mohaather, the Jacques le Marois is the plan for 2,000 Guineas winner Kameko, who finished fourth in the Sussex Stakes after being denied a clear run in the final furlong.

Owned by Qatar Racing, Kameko has come out of that race in top form according to trainer Andrew Balding, who is working towards a trip to Deauville next Sunday.

"Oisin Murphy came in and had a sit on him this morning," Balding told ITV Racing. "He's come out of Goodwood really well and the plan at the moment is probably to go for the Prix Jacques le Marois.

"It certainly wasn't the trip that got him beaten [at Goodwood] and I think he's versatile. I'm sure he'd stay a mile and a quarter but time is running out and we've got to stick to what we know. Hopefully he can get back to winning ways."

FIRST PUBLISHED 12:45PM, AUG 8 2020
I think it's most unlikely that Mohaather runs at Deauville next week but the other possible race he could run in is the Prix du Moulin at Longchamp