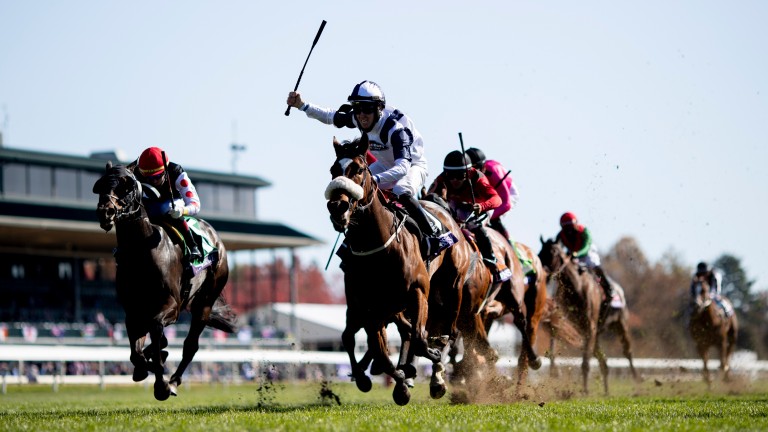 Glass Slippers will be joined by stablemate Emaraaty Ana when defending her Breeders' Cup crown
Alex Evers
1 of 1
By David Carr, Racing writer of the year 4:00PM, OCT 22 2021

Glass Slippers will bid to repeat her 2020 Turf Sprint success on November 6 and will be joined by stablemate Emaraaty Ana in the $1million 5f event.

Usual rider Tom Eaves will again be on Bearstone Stud's Glass Slippers, who will be racing over half a furlong shorter than when triumphant at Keeneland last year.

"It's five furlongs this year and it was five and a half in 2020 but they're quite keen to give it a go and she's in great form," her trainer said.

Glass Slippers finished third in the Prix de l’Abbaye on very soft ground at Longchamp and Ryan said: "She ran really well in France despite the conditions. 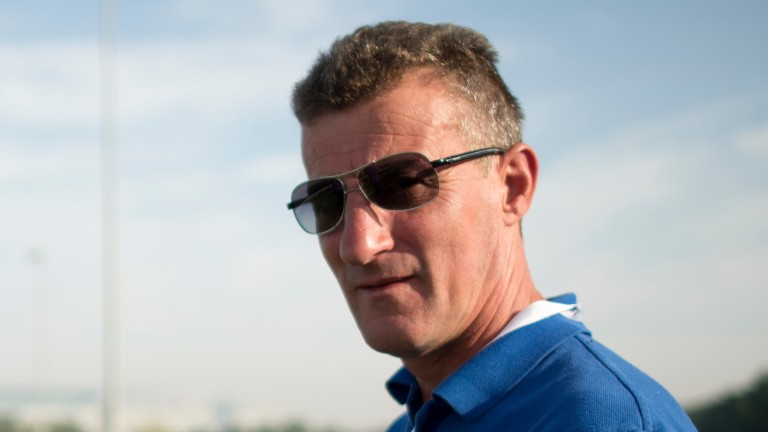 "She goes with cut in the ground but she doesn't want it that deep, it was pure determination on her part that got her into the position she reached.

"She leaves everything on the track, blood, sweat and tears, and she brings her A-game every time."

Andrea Atzeni will ride Emaraaty Ana, who was labelled "as good a horse as I've ever trained" by Ryan after winning the Betfair Sprint Cup over 6f at Haydock last month.

The trainer also identified him as "tailor-made" for the Breeders' Cup and said: "He's a fast horse, you could see that from the way he travelled at Haydock – they went so quick and he just went there on the bridle down past the two and he needed the line when it came. 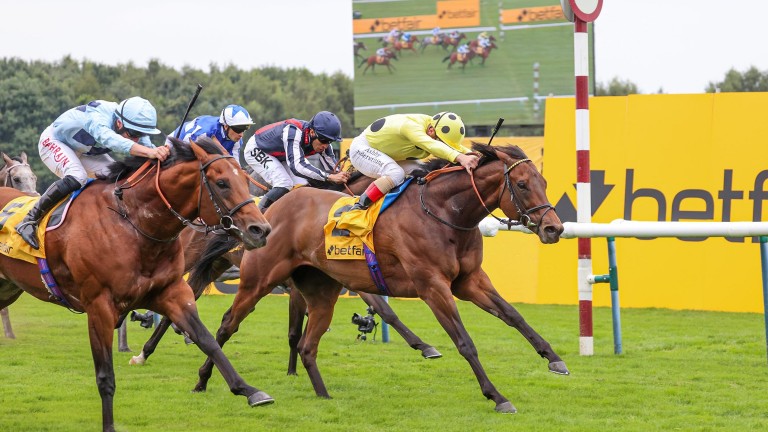 "He ran a great race in the Nunthorpe as well. The key to him is dropping him in and taking a lead and riding him that way has brought all the improvement."

Emaraaty Ana is a best-priced 10-1 for the Turf Sprint and Glass Slippers is available at 12-1, in a race for which the Wes Ward-trained Nunthorpe flop Golden Pal is hot favourite, quoted at no bigger than 2-1.

From just four career runners at the world’s biggest meeting, Ryan has also had East finish second in the Breeders' Cup Juvenile Fillies' Turf in 2018.

FIRST PUBLISHED 4:00PM, OCT 22 2021
She leaves everything on the track, blood, sweat and tears, and she brings her A-game every time