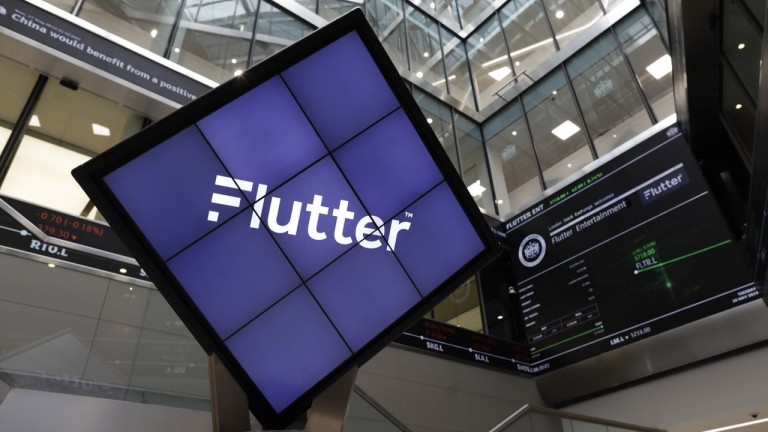 The owners of Paddy Power Betfair and Sky Bet are to join forces in a deal worth more than £10 billion that will create a global betting giant.

In an all-share deal, shareholders of Flutter Entertainment, the recently rebranded name for Paddy Power Betfair, would own approximately 54.64 per cent and Stars Group (TSG) shareholders 45.36 per cent of the new group. 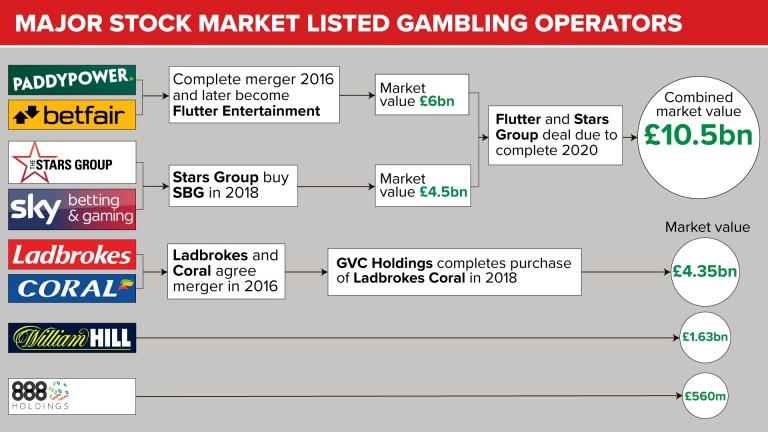 Flutter's chief executive Peter Jackson said the deal would "turbo-charge" the group, although there will be a number of regulatory hurdles to cross before it is completed.

The combined group’s annual revenue would have been £3.8 billion in 2018, making it the largest online betting and gaming operator globally.

Flutter have more than six million active customers and the Stars Group more than seven million across more than 100 international markets. The combined group would have a stock market value of around £10.5bn.

It is the latest example of the trend towards greater consolidation in the gambling industry as companies face stricter regulation and higher taxes. The two companies also said it would help give them a stronger position in the burgeoning sports betting market in the United States. 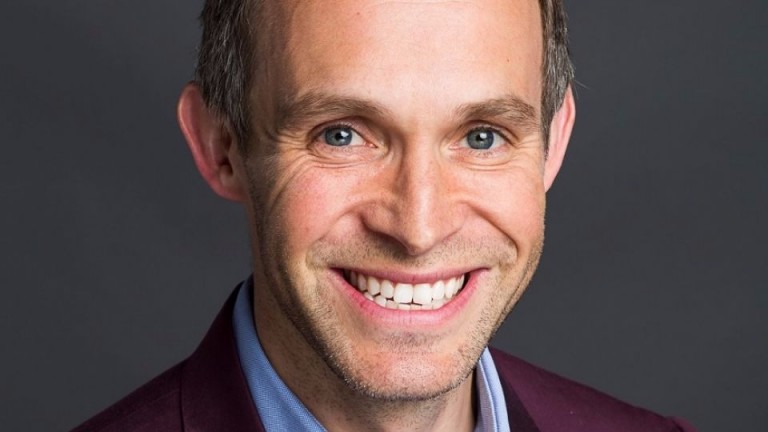 Jackson said: "The combination represents a great opportunity to deliver a step change in our presence in international markets and ensure we are ideally positioned to take advantage of the exciting opportunity in the US through a media relationship with Fox Sports as well as our development of US sports betting through Flutter’s FanDuel and TSG’s Fox Bet brands. We are committed to these two high-quality brands to drive the growth of the combined group in the US.

"The combination will turbo-charge our existing four-pillar strategy and provide world-class capabilities across sports betting, gaming, daily fantasy sports and poker, as well as greater geographical and product diversification.

"We believe the combination of Flutter and TSG will deliver substantial value for shareholders. We will have an exceptional portfolio of leading recreational brands and best-in-class products on industry-leading technology platforms."

Ashkenazi said: "The combination with Flutter will further enhance our company's core strengths and position us strongly for the future in this rapidly evolving industry."

Who are Flutter Entertainment

Flutter Entertainment is the new name for Paddy Power Betfair, who completed their own merger in 2016.

The company also has leading brands in Australia – in the shape of Sportsbet – and in the United States through FanDuel.

Who are The Stars Group

The Stars Group are a Canadian-based online betting and gaming group formerly known as Amaya.

The company, which had been previously linked to a deal with William Hill, completed the purchase of Sky Betting and Gaming for £3.4 billion last year.

The combined group will be headquartered in Dublin, with a premium listing on the London Stock Exchange and a secondary listing on Euronext Dublin.

However, the deal will have to be approved by regulatory authorities in the UK, Ireland, Australia, the US and Canada.

Analysts at Regulus Partners estimate that their combined market share of the UK online gambling market would reach 38 per cent, which would be likely to invite attention from the Competition and Markets Authority.

McGann said: "This is an exciting and transformational combination that will bring together two strong, complementary businesses to create a global leader in the fast-growing online sports betting and gaming industry.

"Under Peter Jackson’s leadership we will bring together a management team with the experience required to ensure a successful integration of the businesses, with minimal disruption, during a time of unprecedented change in the sector.

"The combined group will be a strong voice in the promotion of responsible gaming worldwide and will lead industry standards on the protection of customers, whilst building sustainable relationships with them." 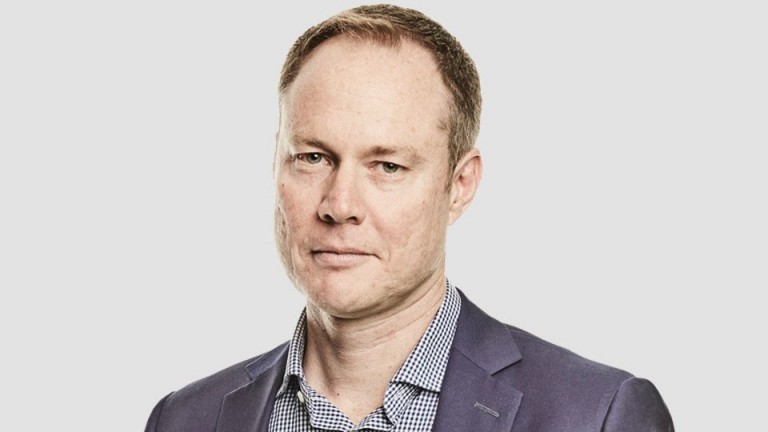 The deal will also result in the return of former Sky Bet chief executive and executive chairman Richard Flint as a non-executive director of the new group.

He said he believed it would "create a compelling proposition in global sports betting and gaming".

The news sent Flutter shares soaring by more than 20 per cent on Wednesday morning but they slipped back as the stock market fell on fears about Brexit and the global economic situation, ending the day up nearly seven per cent at 8,164p.

The news also boosted other firms in the sector, notably William Hill whose shares rose by more than three per cent.

Analysts at Dublin stockbrokers Davy said: "Flutter Entertainment’s proposed acquisition of the Stars Group [TSG] represents a truly transformational deal for both the company and the industry. We see strong strategic merit to the transaction."

However, analysts at Peel Hunt sounded a more cautious note. They said: "It will take 18 months or more for the merger to complete and for delivery of the cost and strategic benefits to start, assuming that various competition authorities approve."

FIRST PUBLISHED 9:24AM, OCT 2 2019
We believe the combination of Flutter and TSG will deliver substantial value for shareholders