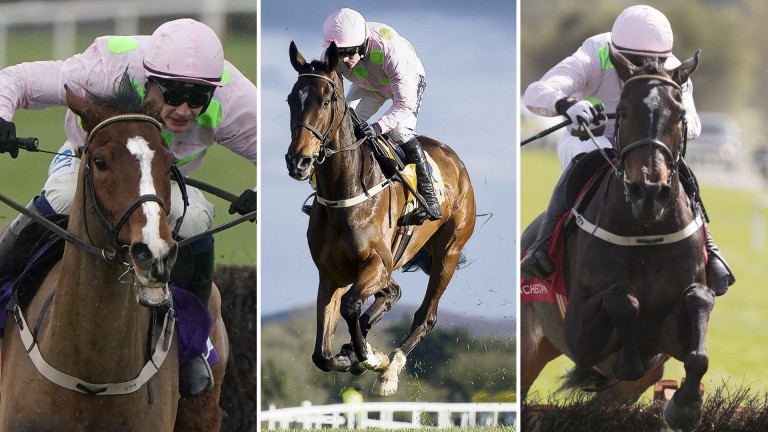 Ireland's champion rider took over as first jockey to Mullins in 2019 and credited each of the three with providing key Grade 1 wins at different points of his career.

Faugheen won more than £1 million in prize-money over his 26-race career, with highlights including victory in the 2015 Champion Hurdle, and his 15-length romp in the 2016 Irish Champion Hurdle.

After a period in the wilderness, he reemerged as a Grade 1-winning novice chaser in 2019 with both Townend and Patrick Mullins guiding him to success over fences.

He beat Samcro in a Grade 1 novice chase at Limerick under Mullins, before producing a superb display for Townend to win the Flogas Novice Chase at Leopardstown at the age of 12. 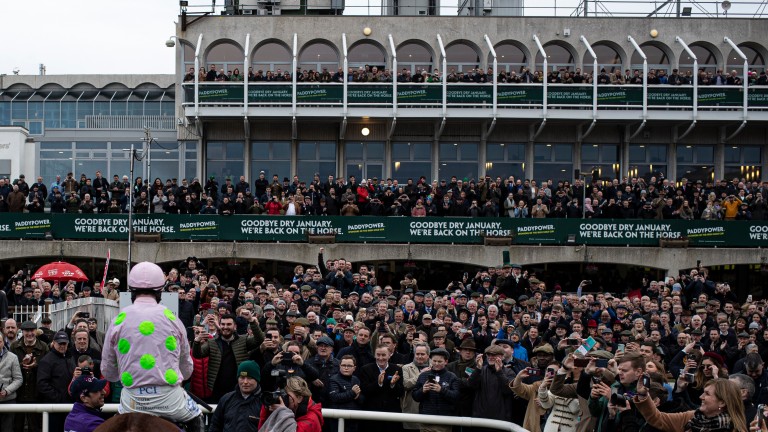 Paul Townend and Faugheen get a rapturous reception after winning the Grade 1 Flogas Novice Chase at Leopardstown in 2020
Patrick McCann (racingpost.com/photos)

Townend said: "All three were very special for me at different times in my career because I managed to get on them to win a big Grade 1 at some point.

"I have never experienced anything like the reception Faugheen got at Leopardstown for winning the Flogas. He was special and it was the first time I saw a crowd go absolutely wild for a horse.

"We have had some great days down the years with Hurricane Fly, who always got a fantastic reception, but Ruby was usually riding him and by the time he had made his way back to the parade ring I would be back in the weighing room.

"Faugheen was special for me for that reason and the reception he got at Leopardstown showed the appreciation people had for him and what he achieved.

"I think the Irish people love a comeback story and for all that Faugheen wasn't an underdog, he was coming back to life over fences and I think people appreciated that.

"I'll never forget the day I pulled him up at Leopardstown in 2017. He got beaten on his next start by Supasundae as well and he took a horrible fall the year after with Ruby.

"I have been with Willie Mullins long enough not to second guess anything he decides and the decision to send Faugheen chasing worked a treat.

"I was lucky not to fall off him the first day at Punchestown, but I can remember the feel he gave me that day down the straight – the fire was still in his belly. He was a legend and it's only now that he's retired that we can sit back and realise all that he achieved." 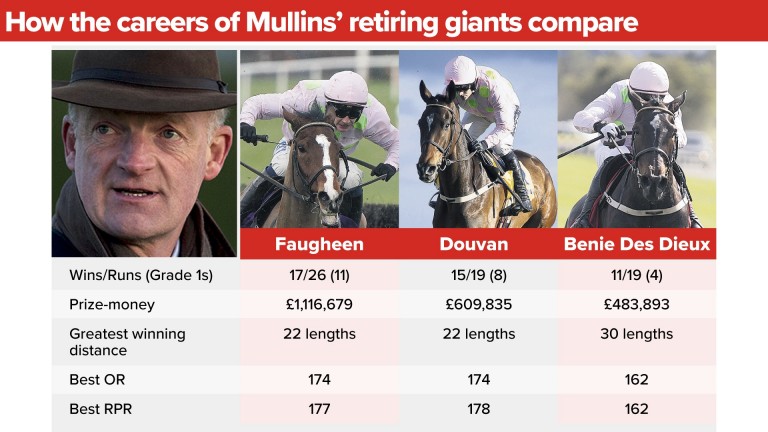 Douvan was undefeated in his first 13 starts for Mullins, a period which encompassed two Cheltenham Festival successes among eight Grade 1 triumphs.

He was sent off the 2-9 favourite for the 2017 Champion Chase but finished well beaten behind Special Tiara after suffering an injury.

Following his defeat at Cheltenham, he made it to the track only three more times as the remainder of his career was blighted by injury. 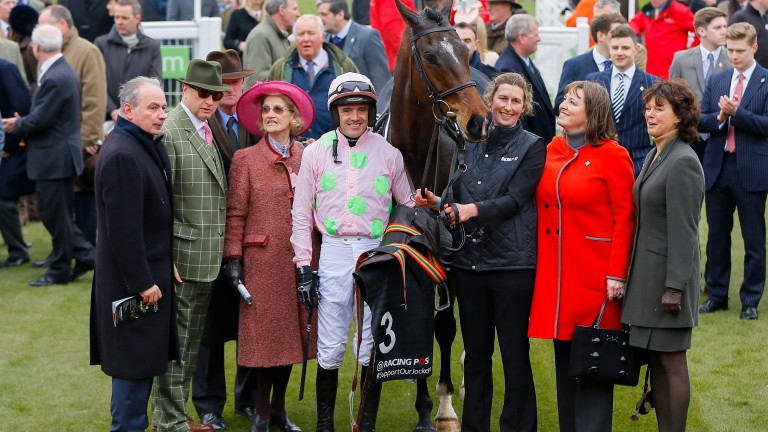 Douvan and connections after his win in the Arkle at Cheltenham in 2016
Mark Cranham (racingpost.com/photos)

Townend rode the the superstar chaser twice during his heady period of dominance, including in a 14-length rout of five rivals in the Maghull Novices' Chase at Aintree in 2016.

"Douvan is different because it's a case of what could have been with him," Townend said. "The feel he gave me in his races, he was something very, very special. I haven't got that feel off too many horses. He was electric.

"When I won on him at Aintree, I had been going through a terrible patch, and he came up trumps on the big day for me.

"He gave me another memorable day when he won the Hilly Way Chase at my local track in Cork. I have never seen a crowd like that in Mallow.

"They packed around the parade ring before and after the race. The Irish people appreciate something special. He had such a flair about him."

Benie Des Dieux picked up the mantle from Annie Power as the prize mare in the Mullins yard when she romped to victory in the 2018 Mares' Hurdle at Cheltenham.

She returned the following season, looking a certainty to follow up and give Mullins and Ruby Walsh a four-timer on the first day of the meeting before falling at last with the race at her mercy. 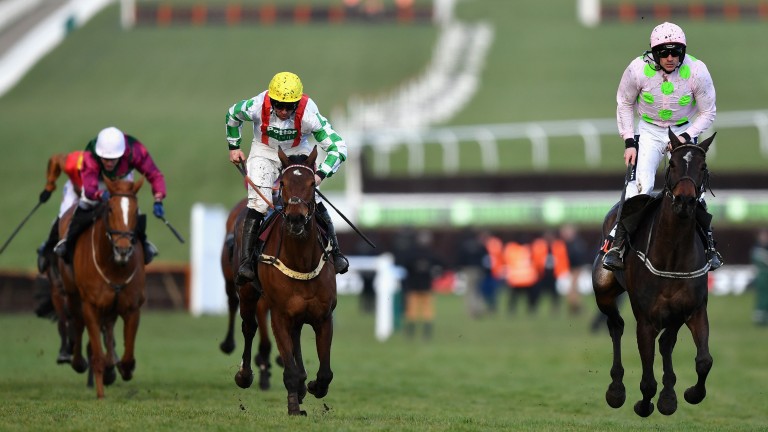 In her last run, Benie Des Dieux came out second best in a memorable battle with Honeysuckle in the 2020 Mares' Hurdle.

Townend said: "Benie Des Dieux was special because the day I rode her to win the French Champion Hurdle was just after Ruby had retired and she was my first ride as stable jockey.

"That was important. She beat De Bon Coeur, who they couldn't see getting beaten, but she put up a huge performance. That was a special day."

All owned by Rich and Susannah Ricci and trained by Willie Mullins, the three won 23 Grade 1 races between them, including five at the Cheltenham Festival, as well as just shy of £2 million in prize-money.

Douvan's last run was in November 2019, when winning the Clonmel Oil Chase under Towened, while Faugheen and Benie Des Dieux's final appearances were at the 2020 Cheltenham Festival. 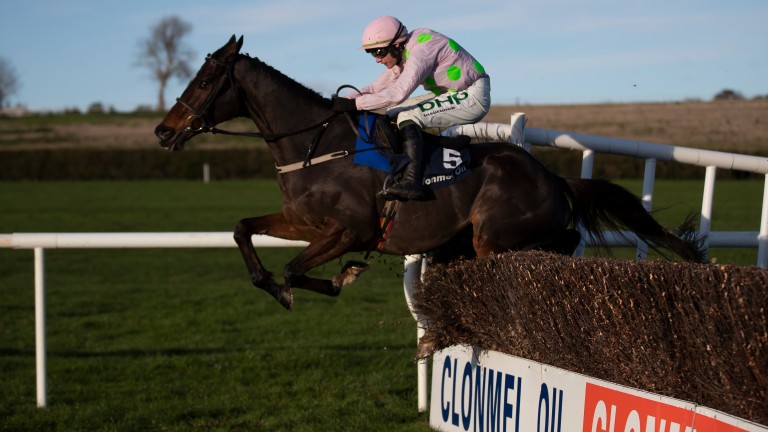 "I suppose when you are close to these horses you can be guilty of getting caught up in the moment a little bit and you don't appreciate them for what they are.

"These were greats and I'd say the fact that Faugheen was around for so long is a big reason why he was loved so much. People were starting to reminisce and maybe realise that he wouldn't be going on for much longer, which is why everyone went berserk that day at Leopardstown.

"Any rider would have been happy to sit on one of these horses once in their lifetime, and it's just a credit to Willie, Rich and Susannah for coming across them."

Faugheen: why the Machine will be a 'very, very hard horse to replace'

FIRST PUBLISHED 9:03AM, MAY 8 2021
All three were very special for me at different times in my career because I managed to get on them to win a big Grade 1 at some point