Enable ruled out of York with Kempton the target for return 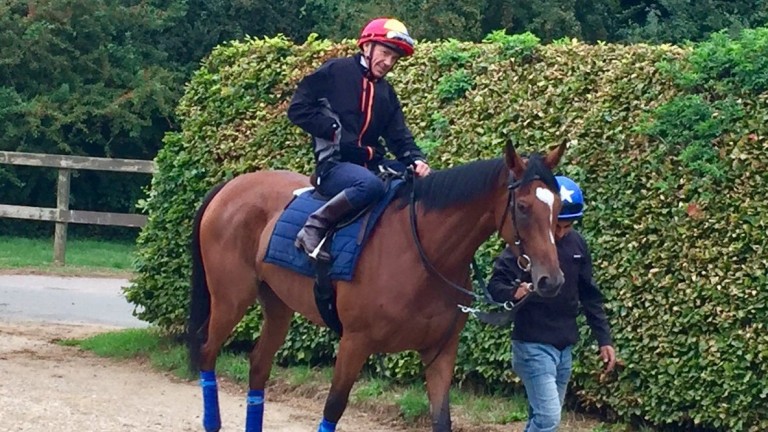 Teddy Grimthorpe has confirmed that star filly Enable will miss next week's York Ebor festival with Kempton's September Stakes expected to be her first run this season.

Last season's dual-Classic winning filly has not been seen since her dominant victory in the Prix de l'Arc de Triomphe last autumn, and that race remains her main target for this season.

The four-year-old had an entry for the Juddmonte International, but the Darley Yorkshire Oaks, which she won by five lengths last year, was the more obvious target.

Grimthorpe, racing manager to owner Khalid Abdullah, said: "She will not go to York next week, and I would think she will go to Kempton.

"It was always going to be a big ask to get to York, but it would be silly to push her and we will give her one run before going to the Arc."

"She'll need to have a run, but I would think that would set her up very nicely.

"She's got to to keep on going the right way, but it looks a good starting point for her."

The five-time Group 1 winner may also be given the option of a racecourse gallop by trainer John Gosden.

Grimthorpe said: "A racecourse gallop is always a possibility, but we haven't got there yet and there are a number of places we could go."

Gosden used Kempton's Group 3 September Stakes as an Arc warm-up for Jack Hobbs in 2015. The Godolphin-owned colt won easily that day but eventually ran in the Champion Stakes at Ascot – avoiding a clash with stablemate Golden Horn at Longchamp.

Enable remains a general 4-1 favourite for Arc on October 7.

FIRST PUBLISHED 9:59AM, AUG 15 2018
It was always going to be a big ask to get to York, but it would be silly to push her and we will give her one run before going to the Arc