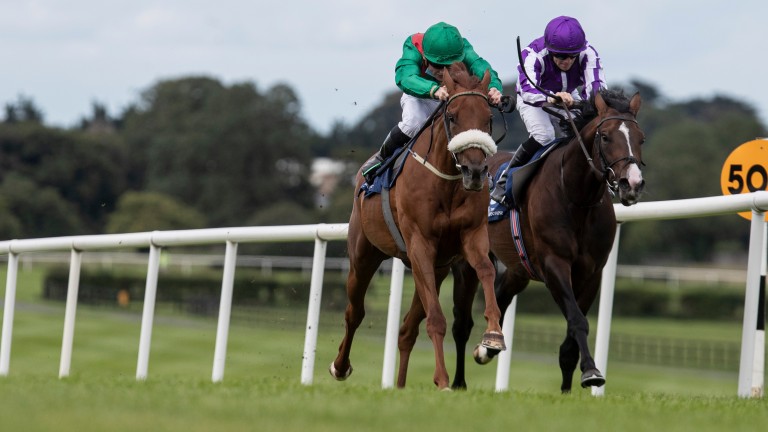 Aidan O'Brien has been dealt a blow with the news that Derby third Amhran Na Bhfiann will miss the remainder of this year due to a leg fracture discovered after he finished second in a Naas maiden on Monday night.

The talented colt, who defied his inexperience and odds of 66-1 when finishing an excellent third behind Serpentine at Epsom last month, was turned over at 8-15 by Zawara and was reported to be lame post-race.

However, it was discovered that the brother to 2012 Oaks heroine Was had suffered a condylar fracture.

Revealing he will miss the rest of the year, O'Brien said on Tuesday: "Unfortunately Amhran Na Bhfiann pulled up lame last night at Naas after the race and has a condylar fracture. 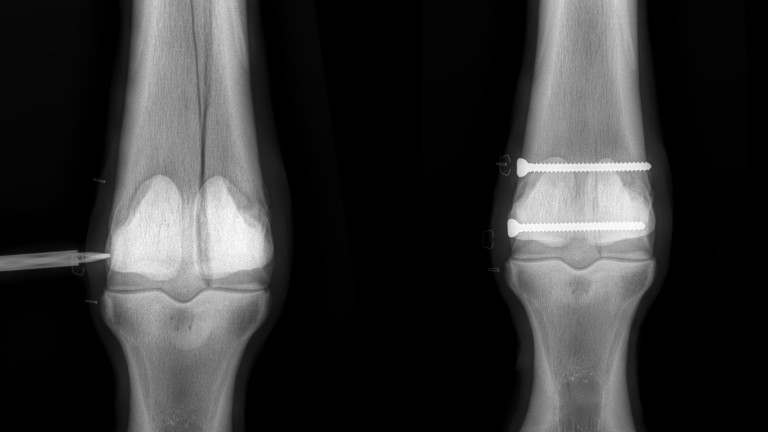 Surgery update: an x-ray of Amhran Na Bhfiann's fetlock before the procedure on the left, alongside an x-ray after two pins were inserted on the right
"He had an operation last night, when he had two pins put in his fetlock joint. We think he's going to be okay for next year but we'll see how things go. He's a talented horse and we're hoping everything goes well in his recovery."

While the severity of the injury varies on a horse-by-horse basis, last week's Sussex Stakes hero Mohaather recovered from a hairline condylar stress fracture last season to return to peak form this year.

FIRST PUBLISHED 1:24PM, AUG 4 2020
He had an operation last night at around 12 o'clock when he had two pins put in his fetlock joint