'He's bang up there' - Mutasaabeq to be supplemented for Qipco 2,000 Guineas 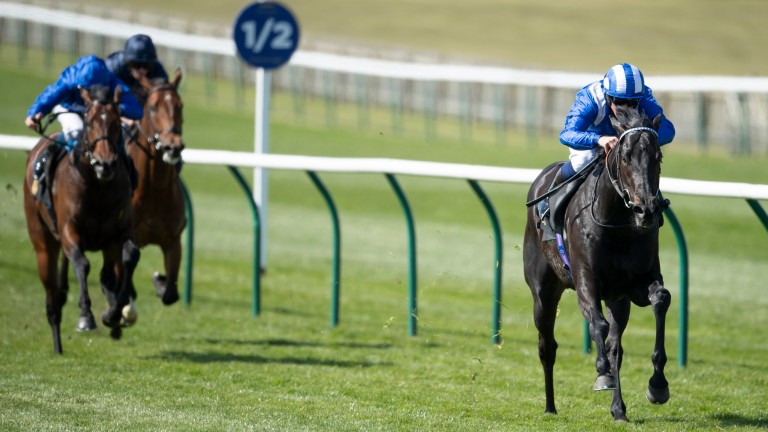 Shadwell Racing will supplement Mutasaabeq for Saturday's Qipco 2,000 Guineas in the hope he can record an "extraordinary" victory following the death of owner Sheikh Hamdan Al Maktoum in March.

Trained by Charlie Hills, Mutasaabeq is out of Ghanaati, a Guineas winner who was one of Sheikh Hamdan's favourite horses during more than four decades as one of the sport's biggest Flat owners.

Mutasaabeq will bid to emulate his dam at Newmarket after it was confirmed he will be supplemented on Monday at a cost of £30,000.

He will be Shadwell's sole representative in the weekend's Classics and will be ridden by Jim Crowley, who was on board the son of Invincible Spirit when he won by six lengths at the track this month.

Speaking on Sunday morning, Shadwell's racing manager Angus Gold said: "I've heard from Sheikh Hamdan's family and, provided all is well on Monday, we'll supplement him. They're keen to see him run.

"He's come out of his race well and seems to have improved mentally and physically, which is want you want to see. The ability was never the thing, it was whether the Guineas would come too soon." 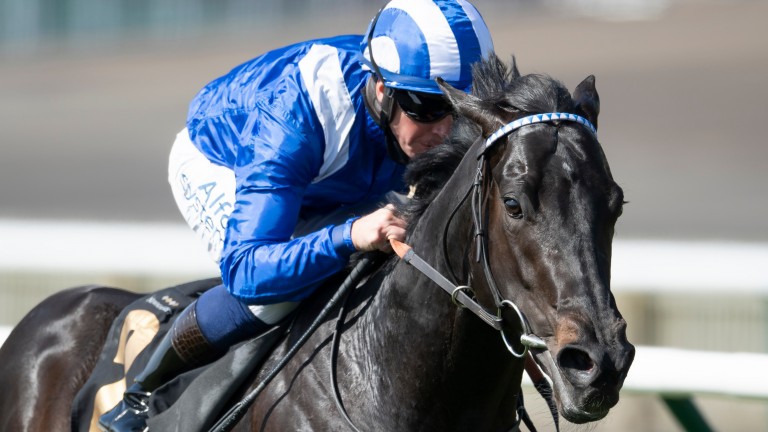 The iconic blue and white silks of Hamdan Al Maktoum were last carried to British Classic glory in 2014 by Oaks winner Taghrooda, and success on Saturday would be hugely emotional for all involved.

Gold, who worked with the owner for 33 years, said: "It would be extraordinary. Sheikh Hamdan wasn't just a keen racing man. He was passionate about breeding and Ghanaati was one of his favourites.

"In my time with him he had favourites, such as Al Bahathri, Height Of Fashion, Salsabil, Taghrooda, but this mare was right up there with them for her achievements on the track. It would be amazing if she could produce a star now he's sadly no longer with us."

Mutasaabeq has won his two starts at Newmarket and Paddy Power make him a 7-1 chance to strike in the first Classic of the season.

Gold added: "He's inexperienced but at the same time he was visually very impressive the other day and he seems to be settling down mentally. The signs are he's bang up there but whether he's good enough to win a Guineas only Saturday will tell us.

"He's going in the right direction, is very well bred and looks the part so hopefully he'll give a good account of himself. He ran right to the top of the hill last time and Jim said a mile won't be a problem."

Shadwell's sprinting star Battaash faces a race against time as he prepares to defend the King's Stand Stakes at Royal Ascot in June. 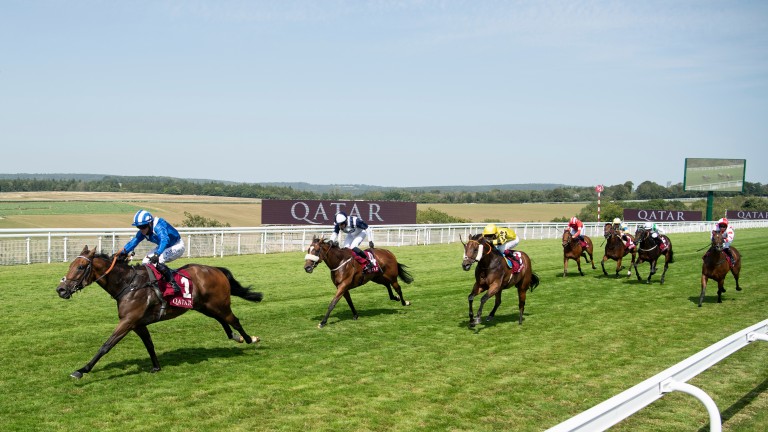 The seven-year-old, unbeaten in three starts last season, returned to training this week after suffering an injury over the winter.

"We'll feel our way with him and see how he is," said Gold. "He's only just cantering now. It's going to be a rush to get him to Royal Ascot and everything will have to go right.

"Our obligation is the horse. We've got to do the right thing and know he's in good form before we can think of running him."

FIRST PUBLISHED 5:00PM, APR 25 2021
The ability was never the thing, it was whether the Guineas would come too soon