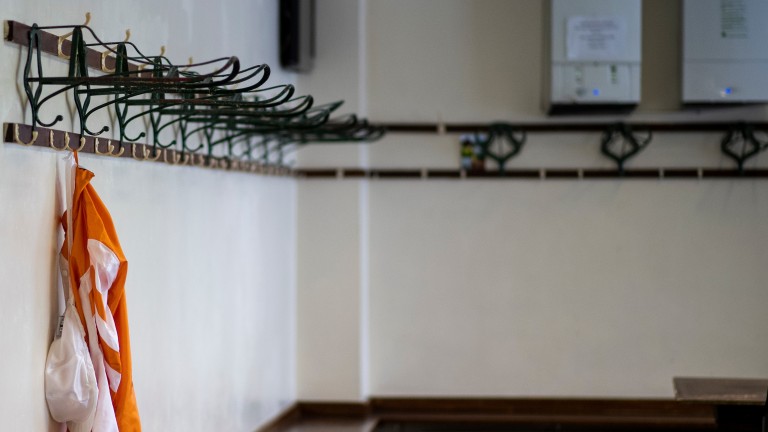 Two cases involving complaints by female jockeys have led to a call for a review of weighing room culture
Edward Whitaker (racingpost.com/photos)
1 of 1
By Chris Cook, Senior reporter 12:34PM, OCT 21 2021

A second case is working its way through racing's tortuous disciplinary system in which a female jockey has complained about the behaviour of a male jockey. The existence of the case, which relates to a one-off incident in a changing-room area last year, was revealed in a national newspaper report on Thursday morning.

The female jockey in question has not spoken to reporters, does not wish to discuss her case outwith the formal process and is said to be distressed details have leaked out. It is being dealt with as a safeguarding issue and therefore she hopes and expects not to be named in public at any stage.

Her supporters say she is now questioning whether she should have come forward with her complaint. She is receiving support from the Professional Jockeys Association.

The news comes just days after a lengthy report in The Sunday Times, relating details of the complaint made by Bryony Frost against Robbie Dunne. While the Frost-Dunne case involves allegations of bullying and inappropriate behaviour dating back years, it is believed there is no similar allegation of long-standing ill feeling between the two jockeys involved in the second case. But the fact a second case exists has prompted one national newspaper to call for a review of the culture and working conditions for female jockeys.

What the two cases have in common is that neither has yet reached a final hearing, despite the complaints being made last year. The BHA's position regarding the second case is not yet known but it said on Sunday that the Frost-Dunne case was "close to reaching its conclusion". The lead investigator in that case, Chris Watts, has left the BHA in recent months for reasons that have yet to be explained.

An investigation is under way to determine how the details in the Frost case came to be published and the BHA has reported a possible data breach to the Information Commissioner that may have been responsible. However, the second case has not been reported in the same detail, suggesting that BHA papers have not been leaked on this occasion.

FIRST PUBLISHED 12:34PM, OCT 21 2021
What the two cases have in common is that neither has yet reached a final hearing, despite the complaints being made last year