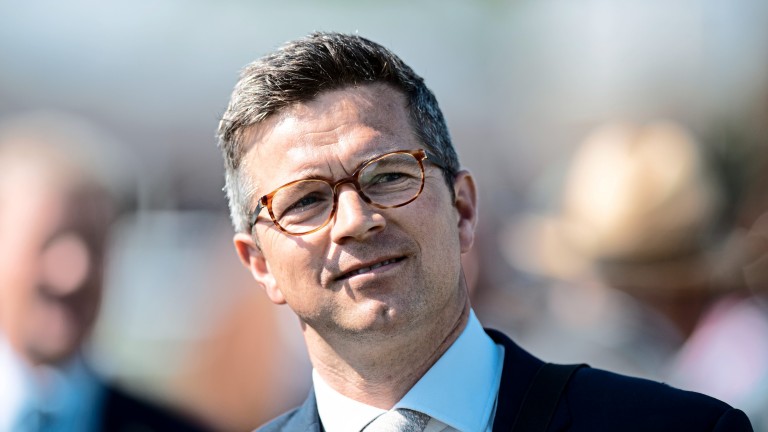 Roger Varian has become the second high-profile trainer to be affected by potentially contaminated feed, withdrawing his runners at Newmarket, Redcar and Wolverhampton on Saturday.

On Friday night the ability of Aidan O'Brien's runners to participate at the Arc meeting at Longchamp was thrown into doubt after France Galop announced five horses had tested positive for the prohibited substance Zilpaterol, with the suspected source feed manufactured by Gain Equine Nutrition.

O'Brien's two runners at Longchamp on Saturday – Passion in the Prix de Royallieu and Mythical in the Prix Chaudenay – were given the go-ahead to run after urine samples sent to the Irish Equine Centre came back clear, although his contenders in Sunday's Qatar Prix de l'Arc de Triomphe are yet to be cleared.

Varian had been due to have seven runners across Newmarket, Redcar and Wolverhampton but has withdrawn them as a precaution.

In a statement, he said: "On Friday I was contacted by our feed supplier Gain and advised that a recent batch of their feed may have been contaminated.

"In light of this information we changed our feed with immediate effect on Friday afternoon, and have withdrawn our runners across the country this afternoon in order to take maximum precaution."

Various batches of Gain horse feeds have been found to be contaminated with a prohibited substance and O'Brien is among many leading trainers who use Gain products.

On Friday evening, Gain Equine Nutrition issued a statement advising trainers to refrain from feeding horses its equine products, including its widely used racehorse cubes and mix, after it emerged some of its products have been contaminated with Zilpaterol, which is unlicensed in Europe but is used in the US and elsewhere to promote weight gain, mainly in cattle.

O'Brien said on Saturday morning: "The two horses will run at Longchamp on Saturday as their urine samples, sent to the Irish Equine Centre, came back clear." 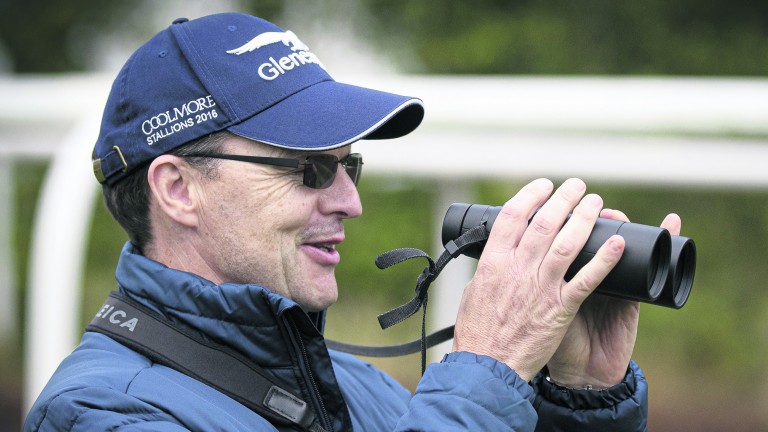 It will not be known until Sunday morning whether O'Brien's four runners in the Prix de l'Arc de Triomphe, and four in the supporting races, and will be allowed to compete. Urine and blood samples from his runners on Sunday have been sent to the laboratory in France, rather than the Irish Equine Centre.

The trainer has some leading fancies on the supporting card too with St Mark's Basilica favourite for the Prix Jean-luc Lagardere, Mother Earth lining up in the Prix Marcel Boussac, Laburnum in the Prix de L'Opera and Lope Y Fernandez in the Prix de la Foret.

However, a very late call will be made on all eight of O'Brien's Sunday runners as he awaits results of the samples.

The trainer said on Saturday: "We won't have the results of the samples taken for Sunday's runners until tomorrow morning as they have been sent to the lab in France. There was not time to send Saturday's urine samples to that lab so they went to the Irish Equine Centre.

"We're doing everything we can do to make sure we're as happy as we can be about the horses."

Three horses were declared non-runners at Fontwell on Saturday, two trained by Neil Mulholland and one by Mark Gillard, on account of potential feed contamination, the same reason used for a Robert Cowell-trained non-runner at Newmarket.

Gain issued a statement on Friday evening, saying: "Until further investigations are completed, Gain customers are advised to refrain from feeding our equine products to their animals.

"The contaminant, Zilpaterol, is a synthetic beta-agonist approved for use as a performance-enhancer in some beef production systems outside of the EU. It is important to stress that this synthetic substance has never formed part of any formulation in any of our animal nutrition ranges."

O'Brien confirmed that, having first heard of the issue on Thursday night, all of his horses were switched from Gain products to Connolly's Red Mills feed on Friday morning.

Jessica Harrington, who has runners on Saturday and Sunday at Longchamp, said on Friday she feeds Red Mills products so her team is not affected, as is also understood to be the case with John Gosden's yard.

Joseph O'Brien, who has Patrick Sarsfield and Pista declared for Longchamp on Saturday as well as Pretty Gorgeous and Speak In Colours on Sunday, confirmed he also feeds Gain to around 40 per cent of horses and he is following his father's approach to the matter.

FIRST PUBLISHED 9:57AM, OCT 3 2020
In light of this information we changed our feed with immediate effect on Friday afternoon