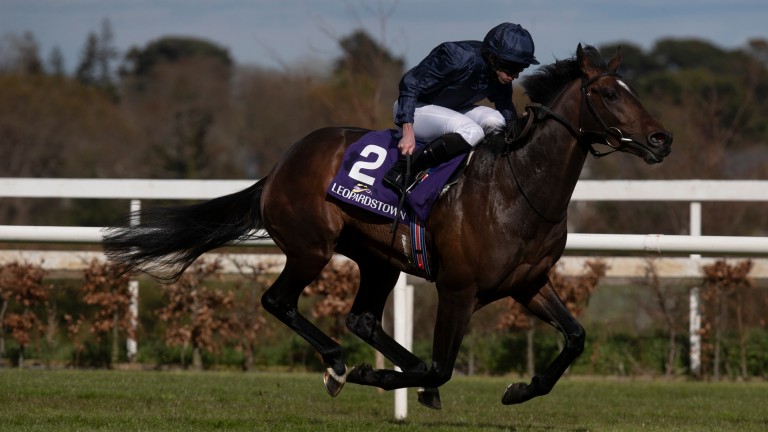 Aidan O’Brien will have just one runner in the Cazoo Derby for the first time in 17 years, as Bolshoi Ballet heads a field of 12 for the Classic at Epsom on Saturday.

The son of Galileo jumped to the head of the betting when taking the Derrinstown Derby Trial in impressive fashion last month and he will look to give his trainer a ninth victory in the race.

As reported on Wednesday night, Frankie Dettori has been called up to ride Britain's leading contender, John Leeper, for Ed Dunlop. John Leeper boasts a lofty reputation given he is a son of the great Frankel and out of six-time Group 1 winning mare Snow Fairy.

On the racecourse, John Leeper set himself up for his Classic tilt with victory in the Fairway Stakes at Newmarket. 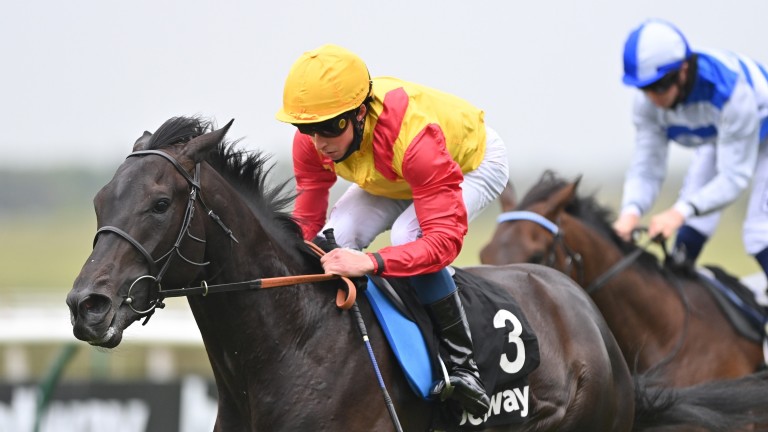 John Leeper: will be ridden by Frankie Dettori
Hugh Routledge

Adam Kirby was due to ride John Leeper until the late Dettori switch, but he will still feature in the Derby as he was booked to ride Godolphin runner Adayar on Thursday morning.

Champion jockey Oisin Murphy was originally down to ride the son of Frankel but Kirby – who has ridden over a century of winners for Charlie Appleby– received the late call-up on the 33-1 shot.

Adayar is one of three in the race for Godolphin, whose best chance appears to be the unbeaten Hurricane Lane. He won the Dante Stakes, one of the most informative Derby trials, last time and William Buick rides. James Doyle will partner One Ruler, who finished sixth in the 2,000 Guineas last time.

Mac Swiney willbid to continue an outstanding season for Jim Bolger, the trainer having already enjoyed success in the English and Irish 2,000 Guineas this campaign. Mac Swiney was victorious in the Irish Classic, and will step up four furlongs in distance on Saturday

A dirty scope was the reason for Lone Eagle’s withdrawal from the Derby to the frustration of trainer Martyn Meade who believed the 33-1 shot had a “really good chance” at Epsom.

The son of Galileo, owned by Ballylinch Stud and Aquis Farm, ran out a four-length winner of his Derby trial in the Cocked Hat Stakes at Goodwood last time and connections will now look to prepare him for the Irish Derby on June 26. 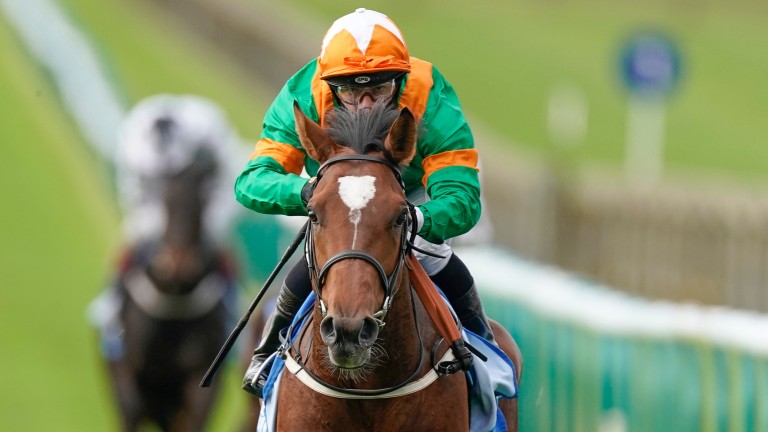 Meade said on Thursday morning: “He’s had a little pipe-opener this morning and as a matter of precaution we scoped him and there’s just a little bit of mucus there. At that level if there’s any slight inclination you’ve got to pull stumps.

“There’s only one Derby isn’t there? I’m pretty upset about that as I thought he would have a really good chance although nobody else did.”

Lone Eagle was cut to 10-1 (from 20) for the King Edward VII Stakes at Royal Ascot by Paddy Power but Meade added the colt will not be heading there.

He said: “I think we’ll go straight to the Irish Derby now, that’s the plan. We’ll bypass Ascot and it’ll give him a nice time to get over this and get him ready. It’d been nicer to run in the English one but there we are.”

It looks like a fascinating Derby and all the talk is for an Aidan O'Brien-trained son of Galileo in Bolshoi Ballet. An impressive winner of both starts this term, the colt holds every credential for Classic glory given where he is housed and who he is by.

Perennial champion sire Galileo became the first stallion to sire five Derby winners with Serpentine providing a front-running shock last year, but Bolshoi Ballet's triumph would not in itself be out of turn. A full-brother to the high-class Southern France– third to Kew Gardens in the St Leger– the colt's two Group 3 wins this term showed he has ability and stamina in abundance.

Galileo faces stiff competition from his sons, namely Frankel and New Approach. The latter claimed the Classic for Jim Bolger in 2008 and has already sired the winner in Masar, whileMac Swineywould himself hardly be winning out of turn after landing the Vertem Futurity last term and the Irish 2,000 Guineas this year. Out of a Teofilo full-sister to Irish Derby third Light Heavy, the marked step up in trip should be within his compass and he had genuine excuses when beaten by Boshoi Ballet on his seasonal comeback.

Is this the year Frankel will sire his first Derby scorer? The Banstead Manor Stud stallion came close with Cracksman in 2017, who finished third and turned out the best of the field that year with his subsequent achievements.

Among the 13-year-old's potential candidates include Godolphin's unbeaten Dante winner Hurricane Lane, a son of the Listed-winning stayer Gale Force and from the family of Group 1 winner Seal Of Approval. The trip should not pose an issue, nor should his resolution if he gets into a battle.
Kitty Trice, Racing Post bloodstock reporter

Read more on the Derby and Oaks:

2021 Cazoo Oaks: the runners, the odds, the verdict

FIRST PUBLISHED 9:38AM, JUN 3 2021
The Martyn Meade-trained runner was around a 33-1 shot although was a four-length winner of the Listed Cocked Hat Stakes for his Derby trial