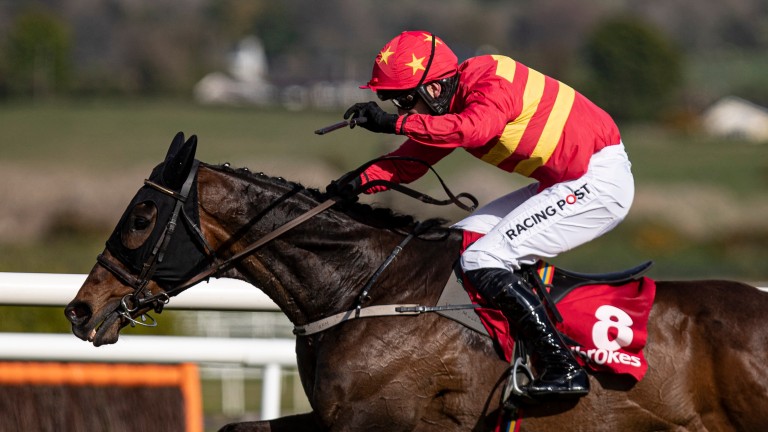 Klassical Dream is back to his best in the Champion Stayers Hurdle
Patrick McCann
1 of 1
By Brian Sheerin UPDATED 11:10AM, APR 30 2021

Staying races have a habit of throwing up wide-margin winners, but Klassical Dream looked a man among boys at Punchestown when, barely turning a hair, he sauntered to success in the Ladbrokes Champion Stayers Hurdle.

If that was not impressive enough for you, the 2019 Supreme Novices' Hurdle winner was posting one of the classiest championship race-winning performances Punchestown has seen off the back of an 18-month hiatus, making the extraordinary look ordinary.

However, when you have Willie Mullins in your corner you have a chance, and the connections of Klassical Dream were rewarded in spades for keeping the faith with a horse who had not raced since the Christmas of 2019.

Indeed, Klassical Dream was hammered in the betting and returned a 5-1 chance, having been double figures all morning. His victory kick-started a remarkable five-timer on the card for Ireland's leading trainer, taking his winning tally at this year's festival to 13 after just three days.

"This horse has missed a year and to come back with a performance like that, he could stay hurdling or go novice chasing," the champion trainer said afterwards.

"Looking at the size of him there in the parade ring, I'd say anyone would love to ride him down to a fence. Staying hurdling is very hard on horses. I'd rather go chasing and, if it doesn't work out, you can always come back." 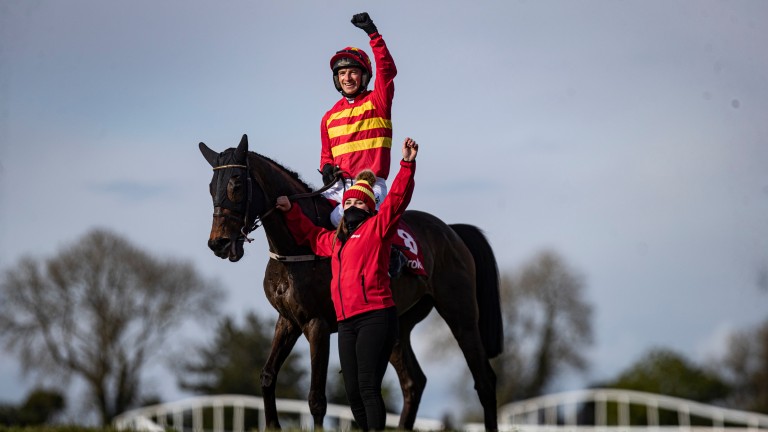 Before any long-term decisions are made, Mullins revealed that Paris could come into consideration for Klassical Dream and his stablemate James Du Berlais, the whipper snapper of the field at the age of five who belied his youthful years in finishing second.

Mullins said: "Paris in June might be calling if we are allowed over there because he has had such an easy time. James Du Berlais ran a big race as well and he's another to look forward to."

Ironic that, despite hardly moving a muscle in the saddle, Patrick Mullins squeezed the remaining drops of competition out of the amateur riders' championship with the memorable victory elevating him to 48 winners for the season, three more than Jamie Codd.

The win also put Mullins one step closer to completing the clean sweep of championship races at Punchestown with the Gold Cup the only race missing from the trophy cabinet.

Heading for his 13th amateur riders' title, Mullins said of the winner: "He was a very good novice and going proper two-mile championship pace caught him out with his jumping a little bit. Eilish Byrne deserves huge credit. She has looked after him for the past 18 months and rides him out every day so hats off to Eilish."

Of course it was said tongue firmly in cheek that Klassical Dream was an armchair ride and anyone who saw him in the parade ring afterwards could see what a handful the horse can be.

The race may have gone exceptionally smooth for the man on top, but there were one or two hairy moments, not least the false start, but Mullins managed to keep a lid on his mount.

Mullins said: "I had to put my gloves on after the first false start because he got a little bit sweaty. I just got them on in time. We went a really strong gallop and he jumped off as though he was going to be keen, but Eilish told me he'd settle well and he did once we jumped the first.

"He's won a Supreme and I thought he'd be faster than any of these so I was in no rush to get to the front. I was just hoping he wouldn't do anything silly at the last. He got from A to B.

"I schooled him during the week and I rode work against him on the Curragh. I just thought stepping up to three miles he could be unexposed, and he was. It's magic. I hope Joanne Coleman [owner] got a good kick out of this, but I think Eilish deserves all the credit."

FIRST PUBLISHED 5:44PM, APR 29 2021
I schooled him during the week and I rode work against him on the Curragh. I just thought stepping up to three miles he could be unexposed, and he was