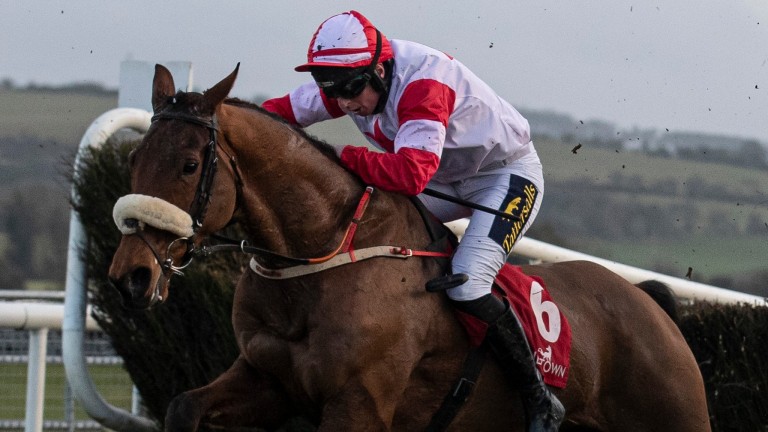 Jamie Codd could be set to get down to his lowest riding weight in almost 17 years when partnering The Big Dog in Monday's BoyleSports Irish Grand National.

The leading contender's mark of 145 means he will carry 10st 5lb in the Easter highlight if topweight Tiger Roll lines up, with the weights rising if the Cheltenham and Aintree legend bypasses the €400,000 prize.

Tiger Roll is a 6-1 co-favourite for the Irish Grand National with the sponsors but could instead line up in Aintree's Betway Bowl next week.

The leading amateur was competing off his joint lowest weight of the past 12 months when giving The Big Dog a superb ride to land the Punchestown Grand National Trial in February off 10st 11lb.

The last time he rode at 10st 5lb or less was when finishing third aboard Sue N Win at Tralee in 2004. 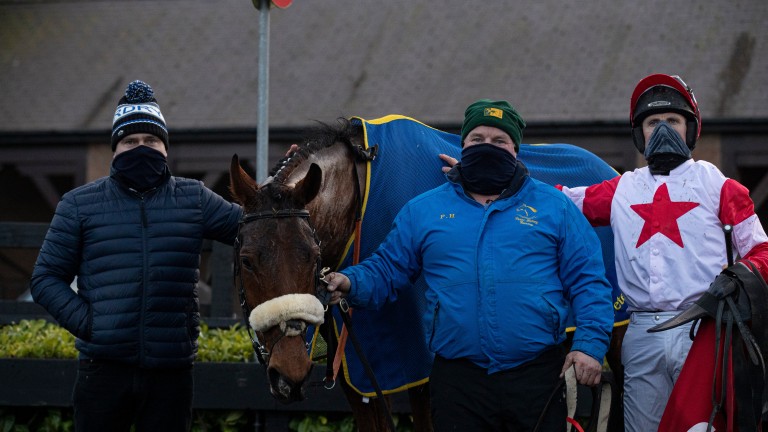 Peter Fahey on The Big Dog: "I'd like a little bit of rain, once the ground is safe he'll run"
Patrick McCann (racingpost.com/photos)

"I couldn't be any happier with him," said Peter Fahey of his lightly raced eight-year-old, with the trainer aiming to carry the momentum of a breakthrough win at the Cheltenham Festival forward into the historic staying handicap.

"It's a race that can suit an improving novice and when he went into handicap company he improved – the faster-run race helped him."

He added of the Damien and Colin Kelly-owned chaser: "This race has always been at the back of our minds for him this season. Initially we had been thinking about the Thyestes Chase but he didn't get in as a reserve.

"He's one for those good handicaps and there's none better than the Irish National. Fingers crossed he puts in a big run. I'd like a little bit of rain, once the ground is safe he'll run.

"Jamie is going to do the weight on him. He might be hoping that Tiger Roll doesn't run to bring the weights up, but I'll be hoping for the lightest weight possible!" 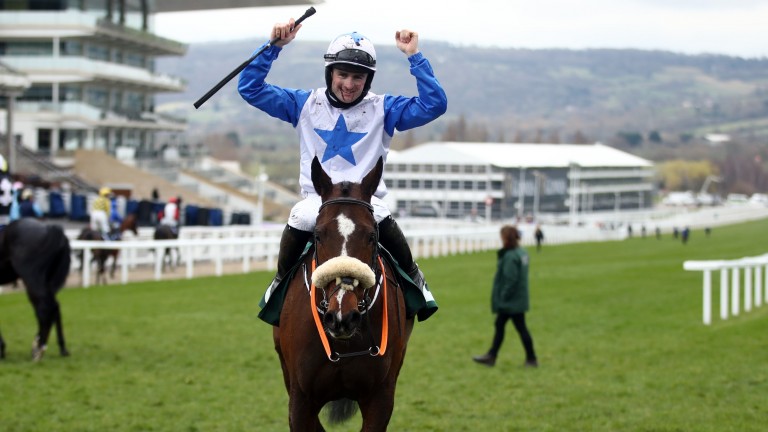 Tiger Roll was among 60 horses left in the illustrious handicap on Wednesday morning, with the key absentees including National Hunt Chase winner Galvin, Longhouse Poet and Champagne Classic.

"We'll keep him going until Punchestown because the ground is just looking like being too dry for him on Monday," said Longhouse Poet's trainer Martin Brassil.

He added of beaten County Hurdle favourite You Raised Me Up: "Unfortunately he got a fracture but will be okay. He's resting at an equine clinic over there and will be travelling home in the next couple of weeks."

Fahey's Belfast Banter came good to land the same festival handicap. He could be seen at Aintree in Grade 1 company next, with the Galway Hurdle a possible long-term aim.

He added of beaten Mares' Novices' Hurdle favourite Royal Kahala: "She was lame afterwards and won't run again this season. It's not too serious but we're having a couple of things worked on and hopefully be back next season. We haven't seen the best of her yet."

Read more on the Nationals at Aintree and Fairyhouse:

FIRST PUBLISHED 6:45PM, MAR 31 2021
He's one for those good handicaps and there's none better than the Irish National. Fingers crossed he puts in a big run