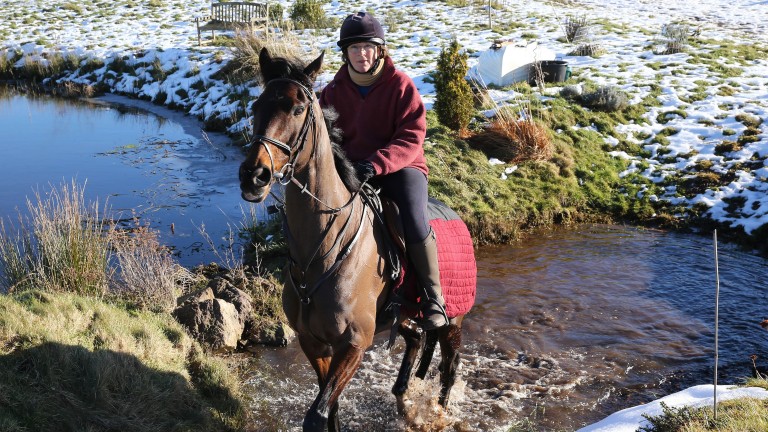 Harriet Graham looks set to miss Aye Right's bid for the Ladbrokes Trophy Chase on November 28 due to what she called "a very stupid accident".

The trainer, who is also clerk of the course at Musselburgh, is laid up at home in the Scottish Borders with a cracked pelvis after being run over by her own lorry.

She had been looking forward to saddling her first runner at Newbury but fears she will not be up to making the 350-mile journey with last month's Charlie Hall Chase third.

"It was a very stupid accident," Graham said. "I got run over by my own lorry. We were driving along our top road, there was a Land Rover in the hedge and I thought there was a man having a heart attack.

"I jumped out, ran back to the Land Rover and he wasn't having a heart attack. I'd thought he didn't look good but all he was doing was leaning over trying to find something on the floor.

"Meanwhile the lorry was reversing back to help, I stopped right in its blind spot and it knocked me over underneath it. It was so unfortunate." 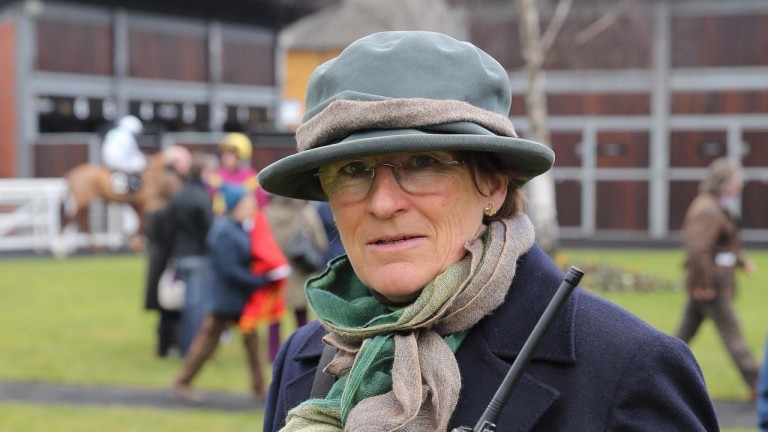 After being treated in hospital, Graham is back home in Jedburgh and resigned to a period of recuperation.

"I've cracked my pelvis," she said. "It's something that jockeys do all the time and I'll have a few weeks on the sidelines. I'm certainly not going to be clerking at Musselburgh on November 23 and I'll see how I am for December 7."

Aye Right, who was beaten just seven lengths by Cyrname in the Charlie Hall at Wetherby, is 9-1 fourth favourite for the Ladbrokes Trophy with the sponsor.

"The yard is still operating, the horses will still be running and the plan is still for Aye Right to go down to Newbury," Graham stressed.

"It's a couple of weeks away and we haven't made a definite plan but I think it's unlikely I'll be able to go. It's a long journey to be sat in a lorry without being able to move properly. 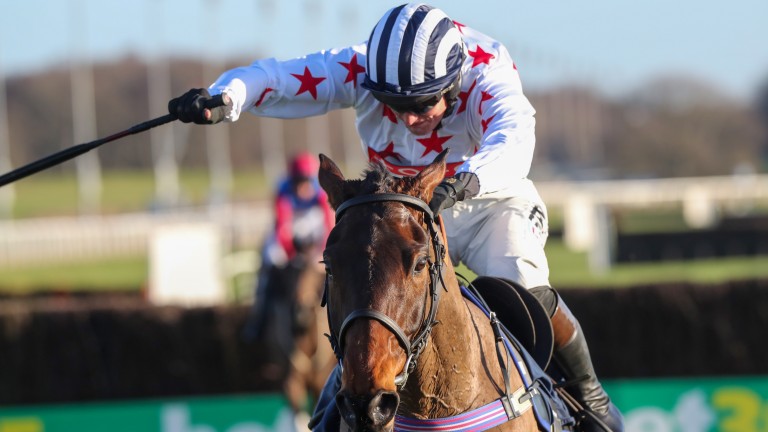 Aye Right: likely to head to Newbury without his trainer
John Grossick (racingpost.com/photos)

"It would mean I probably can't drive the lorry so the other person would have to drive the whole way and that's not really fair. At the moment, with all the restrictions in place in England, I don't think even the owners are going to go down."

Ladbrokes Trophy favourite Topofthegame ruled out for another season

FIRST PUBLISHED 10:00AM, NOV 13 2020
The yard is still operating, the horses will still be running and the plan is still for Aye Right to go down to Newbury