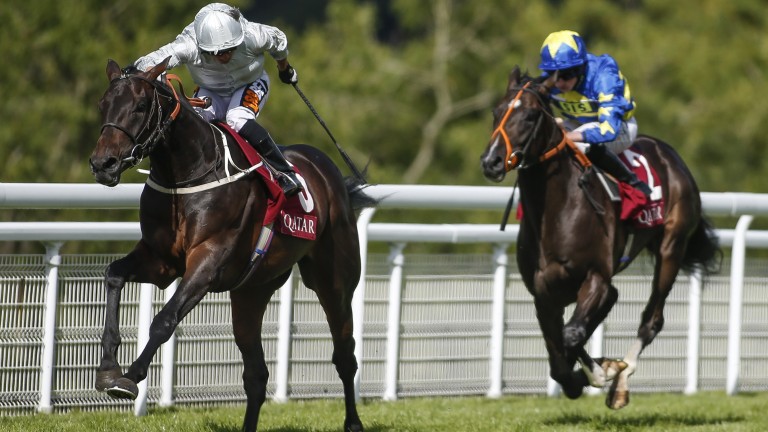 Derby runner-up Dee Ex Bee remains firmly on course for the St Leger at Doncaster on September 15 despite disappointing in Saturday's Irish Derby.

Trainer Mark Johnston went to the Curragh with high hopes of Dee Ex Bee confirming his Epsom superiority over 2,000 Guineas winner Saxon Warrior, but his runner was the first in trouble and could finish only seventh behind Latrobe, more than four lengths behind Saxon Warrior, whom he had beaten by three lengths only four weeks earlier.

Johnston is inclined to blame a combination of the ground and the track and sees no reason to alter course.

He said: "The long-term target is still the St Leger, but we haven't discussed the stepping points to Doncaster. I'm sure we'll look at the Voltigeur, or something like that, but the only firm plan is the St Leger."

Reflecting on Saturday's performance, Johnston added: "It was obvious Dee Ex Bee was never really travelling early on and he looked the first one beaten, but he did stay on well at the finish, so we would put that down to him not acting particularly well on the ground, particularly on the downhill parts of the track. 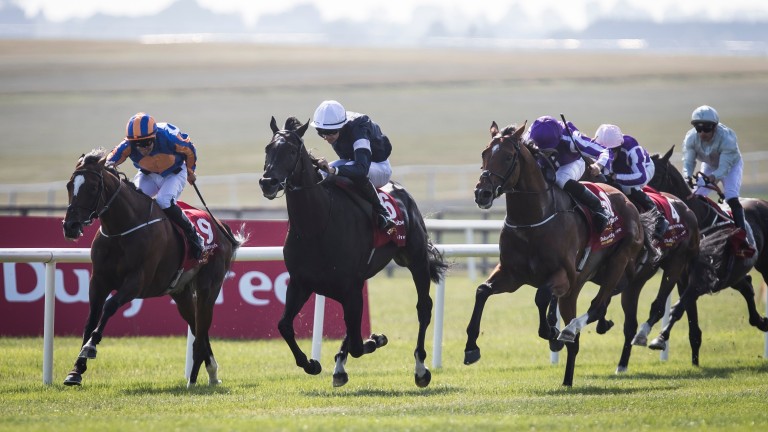 "He was running on again when he hit the rising ground, so we wouldn't say categorically he will never run again on fast going, but the combination was just too much for him at the Curragh and he basically wasn't going the pace on that ground."

It was reported Dee Ex Bee lost a shoe, but this was not a factor in his performance.

Johnston explained: "It happened after the race when we were unsaddling him. He has a habit of doing that and he lost a shoe before the Derby and another before Chester, because when he's being saddled he tends to fidget and step on his own shoes.

"In Ireland we saddled him in the stables to avoid that happening again, but this time it happened after the race instead." 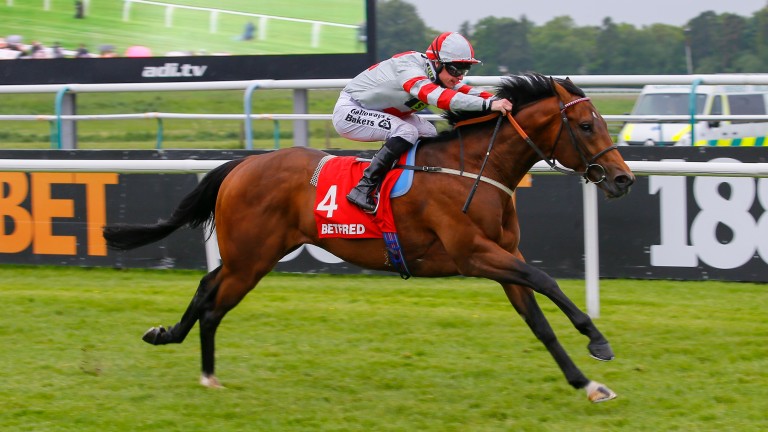 Knight To Behold is set for a drop in both distance and class after fading to finish last but one, just over ten lengths behind the winner. The Lingfield Derby Trial winner had also finished down the field at Epsom and trainer Harry Dunlop has concluded his style of running is not best suited to top-level races at a mile and a half.

Dunlop said: "We had really good feedback from Frankie [Dettori] who said he travelled great – probably too well for the first couple of furlongs – and we should drop him back to a mile and a quarter and possibly take him back a level or two as well.

"Frankie said he gave him a great feel, but they just outstayed him in the straight, which looked to happen with quite a few. We'll forget a mile and a half now, I think. He's just a bit too bold, and you certainly can't race like he does on a track like the Curragh."

Dunlop has not been through the programme book yet in search of a suitable opportunity for Knight To Behold, but said: "France has been very lucky for us and there might be something at Deauville for him."

Next month's Group 2 Prix Guillaume d'Ornano, in which Derby fourth Eminent dropped back in trip successfully 12 months ago, will be among the races to be considered, but Dunlop has at least one trip to Deauville on his agenda before that.

He said: "We're going over next Sunday with Fighting Irish, who ran well so well in the Commonwealth Cup [beaten less than three lengths in eighth behind Eqtidaar]. It's a Listed six-furlong race and looks a good spot for him."

FIRST PUBLISHED 3:26PM, JUL 1 2018
He looked the first one beaten, but he did stay on well, so we put that down to him not acting particularly well on the ground, particularly downhill